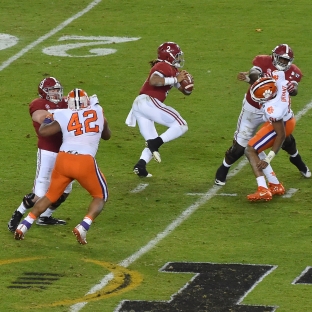 The wait is almost over.

After last season ended with one of the most thrilling national championship games in the history of the sport, teams have turned the page and are looking forward to the upcoming season that kicks off next weekend. Returning talent will be tested against young stars poised for breakout seasons, and the 2017 season begins with some of the best teams in the nation facing off against each other in the first week of the season.

With many teams all starting the 2017 on different days and weekends, here is the competle television schedule for Week 1 in the Football Bowl Subdivision on all major TV networks.

RELATED: 7 freshmen who could have a huge impact right away

RELATED: 7 comeback players to root for in 2017

MORE: 6 non-quarterback transfers who could make big impacts in 2017