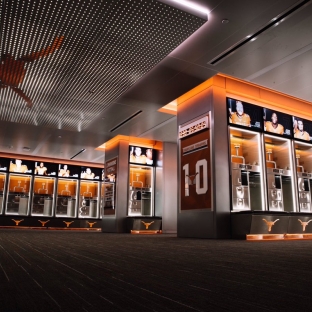 The last time we checked in on the football team’s locker room at the University of Texas, back in April, we were treated to a sneak peak of what was to come.

Of course, things were still under construction back then. There was still plenty left unseen.

On Wednesday, with the regular season exactly a month away, Texas finally let its players experience the newly revamped locker room firsthand:

The new @TexasFootball locker room is on another level. #HookEm pic.twitter.com/m8nHP3qDSf

After the tour, plenty of Longhorns chimed in on social media with their thoughts on the new digs.

New head coach Tom Herman was the one to open the doors and lead the players into the locker room. Herman joined the Longhorns this past November after two successful seasons with Houston.

Texas will put the locker rooms to use on Sept. 2, when they host the University of Maryland for their first home game of the season.