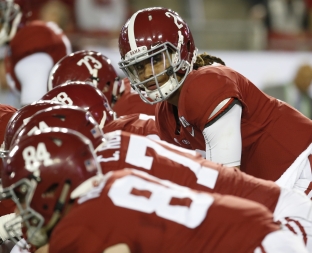 College football rankings: Who has been No. 1 in the AP preseason poll most often and how did they finish?

Alabama shouldn’t get too comfortable with its selection as the No. 1 team in college football’s 2017 preseason AP poll released on Monday.

Preseason No. 1 teams are far from locks to stay on top at season’s end. Only 10 of the 66 preseason favorites have finished the year atop the final polls, including just two in the past 24 years.

The most common finish for preseason favorites, since the poll’s debut in 1950, has been No. 3 (11 times) followed by No. 1 (10). Thirteen preseason favorites have finished outside the top 10, including six that failed to crack the final poll.

The most recent program to hold down the No. 1 spot at season’s start and finish was USC in 2004. The Trojans also had the last unranked finish for a preseason No. 1 back in 2012.

Below is how each favorite in the annual AP preseason Top 25 finished. Twenty-two different programs have claimed the top spot in the poll’s history:

Oklahoma leads this list with 10 preseason No. 1 rankings and four national titles in such years. Ohio State (eight) and USC (seven) are next closest in preseason No. 1 rankings, followed by Alabama, Florida State and Nebraska (all with six). The Seminoles are the only other program besides Oklahoma to garner the most votes in a year’s preseason and postseason polls twice (1993, 1999).

FIRST AP POLL OF THE SEASON!

Alabama is No. 1 for the second straight preseason and looks to avenge last year’s last-second loss in the national championship game. The Crimson Tide have started and ended the year No. 1 once before, back in 1978.

Two of the past three preseason favorites have appeared in that year’s respective College Football Playoff field, although neither won the national championship (2014 Florida State, 2016 Alabama).