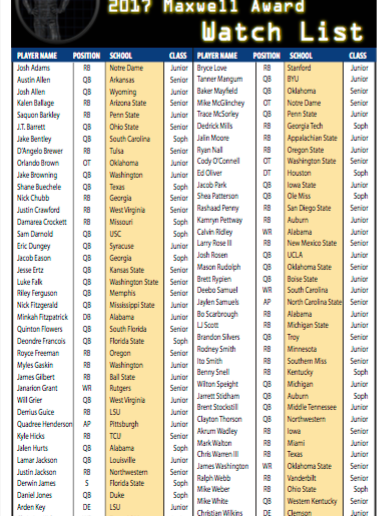 The Maxwell Football Club announced its watch lists for the 81st annual Maxwell Award and the 23rd annual Chuck Bednarik Award on Monday.

The Maxwell Award, named in honor of Robert W. “Tiny” Maxwell, has been given to America’s College Player of the Year since 1937. Maxwell’s contributions to the game of football were extensive, including time as a player, sportswriter and official.

Jackson capped a brilliant season at Louisville by becoming the first player in school history to win the Maxwell Award. He returns for his junior season in 2017.