Andy Katz is keeping track of all the college basketball roster moves during the offseason and ranking them each week in the March Madness 365 podcast.

You can listen to the latest #MM365 podcast below. The rankings begin about 16:59 in. Katz is also joined by Baylor coach Scott Drew, Boston College coach Earl Grant and San Jose State coach Tim Miles.

Here are Katz’s top 10 transfer and roster winners from Week 3 of the offseason. 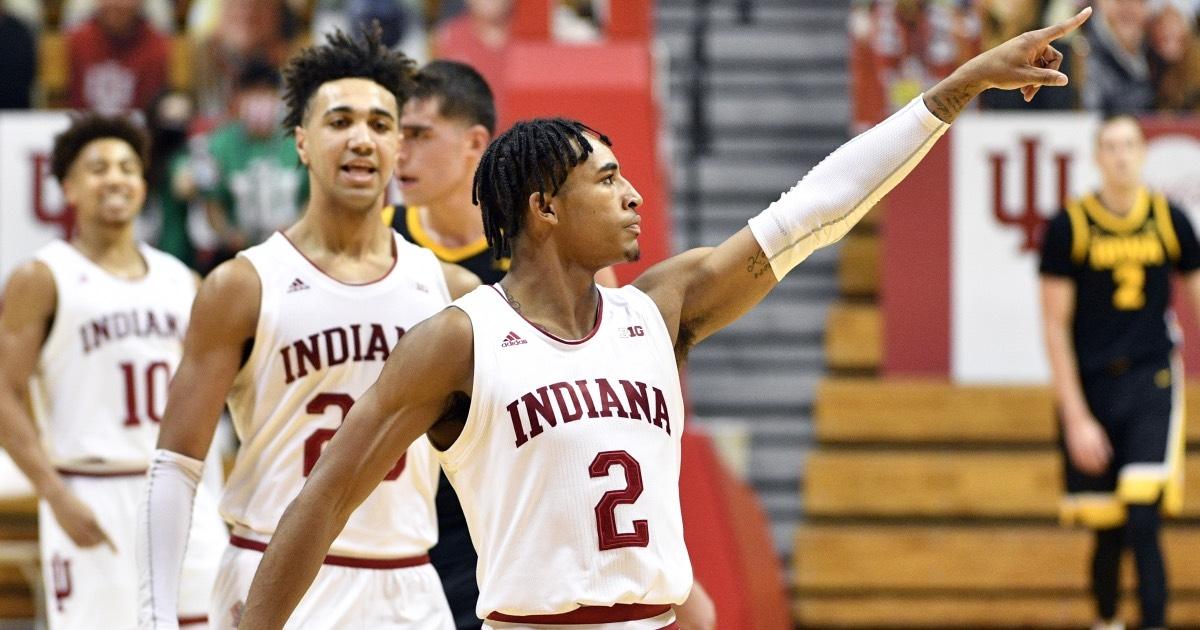 Virginia added former Indiana guard Armaan Franklin, who was the Hoosiers’ second-leading scorer last season. As a sophomore, Franklin averaged 11.4 points per game — an increase of more than 7.5 points per game from his freshman season. He shot 42.4 percent from behind the arc in 2020-21, which is a welcome addition to a Cavaliers squad that shot 37.5 percent from deep last season. 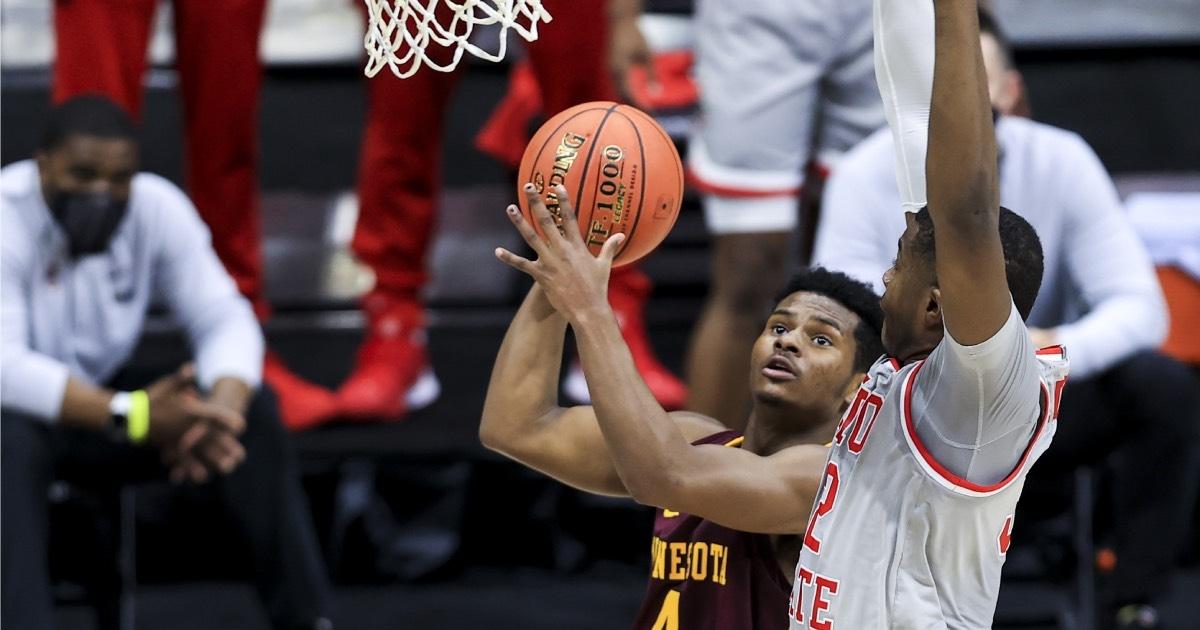 New Mexico coach Richard Pitino came from Minnesota and former Gophers guard Jamal Mashburn Jr. will join him with the Lobos. As a freshman, he averaged 8.2 points, 1.6 rebounds and 1.6 assists per game, while posting the second-highest shot rate (25 percent) on the team.

New Mexico also adds to its roster former Arizona State guard Jaelen House, who averaged 5.3 points per game off the bench last season. He shot 39 percent from three on 2.8 3-point attempts per game. 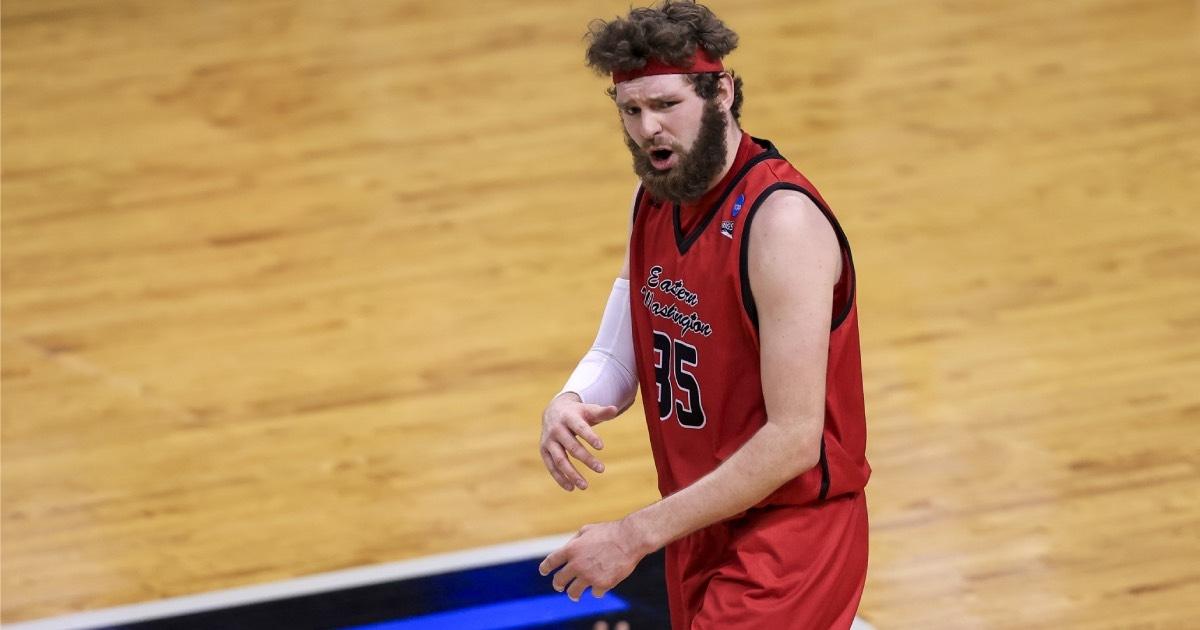 In the first round of the 2021 NCAA tournament, No. 14 seed Eastern Washington pushed No. 3 seed Kansas before falling 93-84, but the Groves brothers — Tanner and Jacob — performed at a high level on the sport’s biggest stage. They combined for 58 points and 14 rebounds against Kansas, with Tanner Groves going for 35 points and five boards, and Jacob putting up 23 points and nine rebounds.

Now, both players will play for Oklahoma next season, where they’ll have the chance to face Kansas twice in the regular season. Oklahoma will also add to its roster Duke transfer Jordan Goldwire, who averaged 5.8 points and 4.0 assists per game last season. 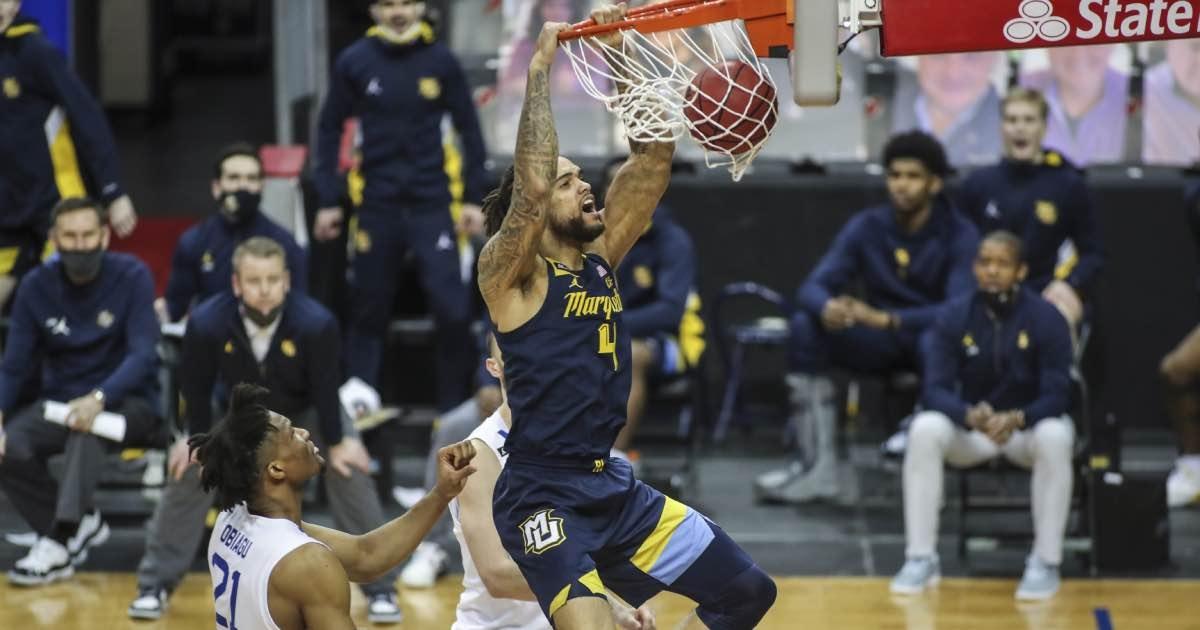 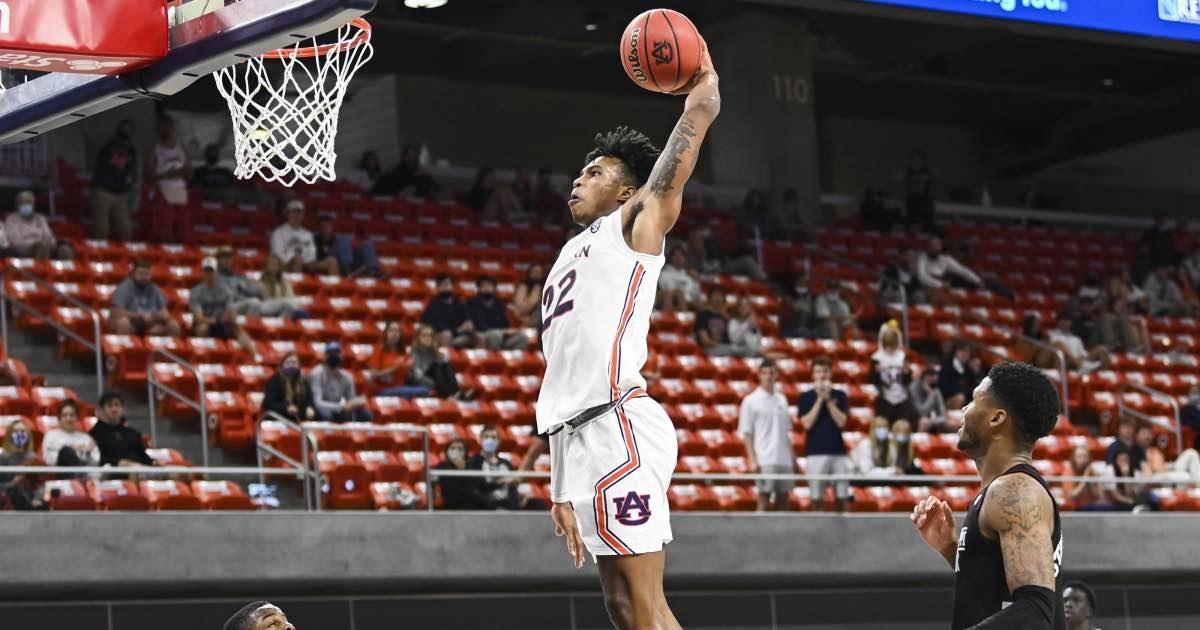 Auburn had two significant roster moves during the third week of the offseason, when the Tigers officially added to their roster North Carolina big man Walker Kessler (4.4 ppg, 3.2 rpg) and Allen Flanigan (14.3 ppg, 5.5 rpg) also announced that he will return to Auburn. Flanigan was Auburn’s second-leading scorer last season thanks to efficient interior scoring (56.5-percent 2-point shooting) and frequent trips to the free-throw line (a 46.6-percent free-throw rate).

Kessler was at his best late in the ACC regular season, when he scored in double figures four games in a row, including a 20-point, eight-rebound performance in 24 minutes against Florida State. 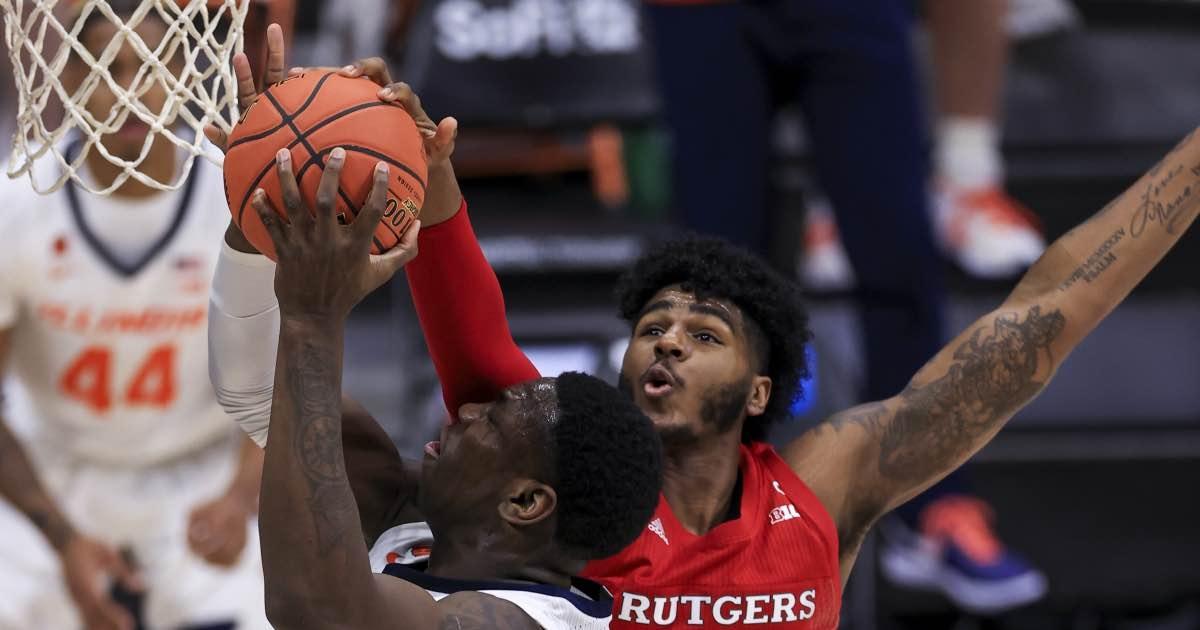 UCLA, fresh off of its Final Four run, added some heft to the interior through the roster addition of former Rutgers big man Myles Johnson, who averaged 8.0 points and 8.5 rebounds per game while standing at 6-11 and 255 pounds. 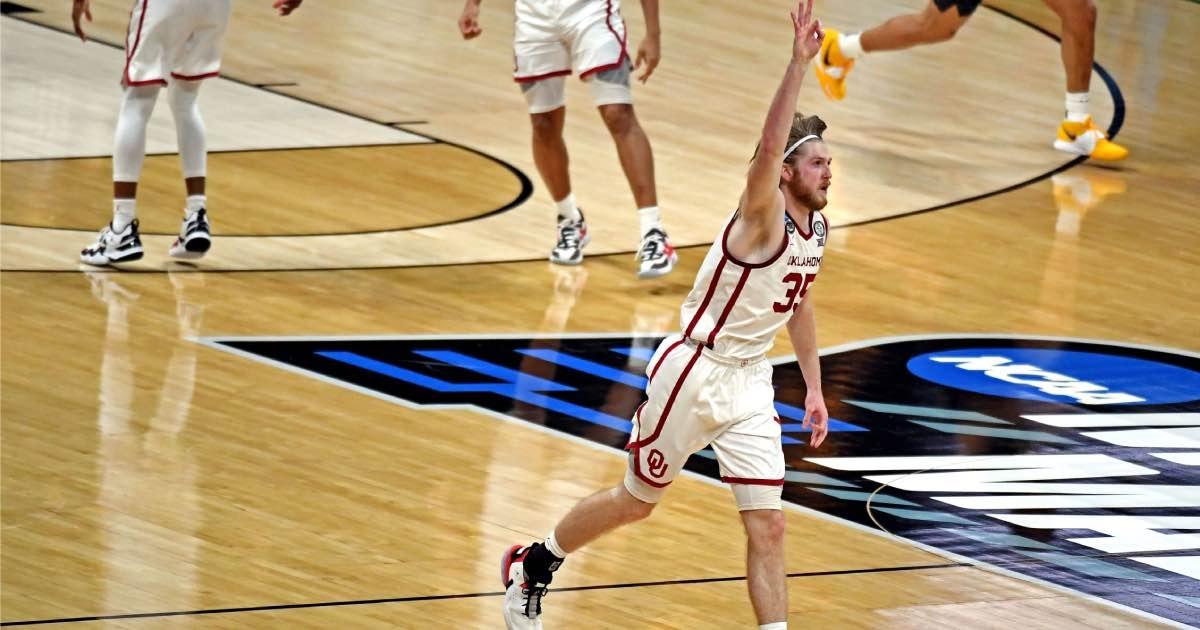 Oklahoma transfer Brady Manek (10.8 ppg, 5.2 rpg) joins the Tar Heels and new coach Hubert Davis, which could be a beneficial addition after North Carolina shot just 31.8 percent from three last season and 48.5 percent from 2-point range. Manek is a career 37.4-percent 3-point shooter who averaged double figures in scoring in each of his four seasons at Oklahoma. Mississippi State added two veteran forwards to its roster in the third week of the offseason: Garrison Brooks from North Carolina (10.2 ppg, 6.9 rpg) and D.J. Jeffries (9.9 ppg, 5.1 rpg) from Memphis. The Bulldogs ranked 316th nationally in terms of experience last season, according to kenpom.com, and they were just an average shooting team, ranking 169th in 2-point shooting (49.7 percent) and 143rd in 3-point shooting (34.3 percent). Brooks and Jeffries should provide experience and inside scoring for Mississippi State. 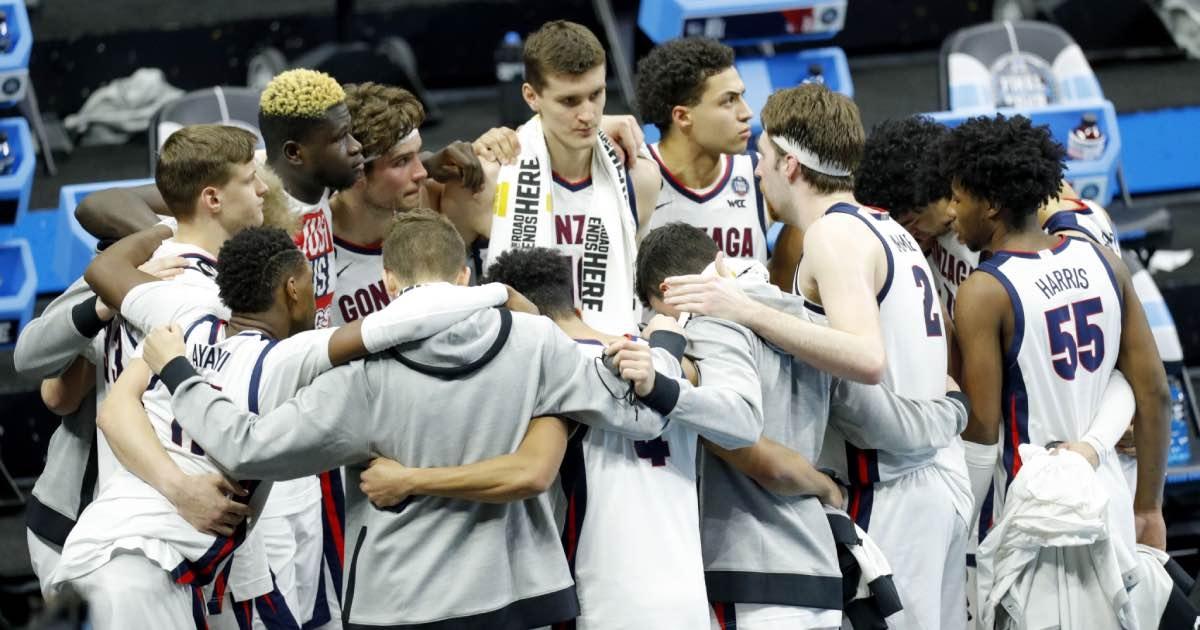 After going 31-1 last season and holding the No. 1 ranking in the AP Top 25 poll all season, the Bulldogs added top high school player Chet Holmgren, a 7-footer who could keep the Zags at or near the top of the sport again next season.