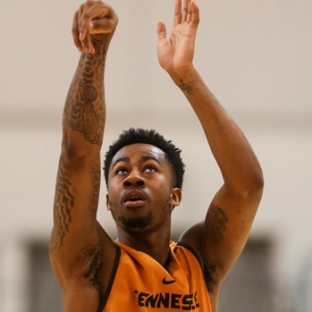 KNOXVILLE, Tenn. — Tennessee believes it finally has enough depth to avoid the February fades that have knocked the Volunteers out of postseason contention the last two years.

Depth issues have been contributed to Tennessee not making NCAA Tournament or NIT appearances in its first two seasons under Rick Barnes, whose teams had earned 19 NCAA bids in the 20 seasons before his arrival in Knoxville. Tennessee finished 16-16 last year and hasn’t posted a winning season since reaching the Sweet 16 in 2014.

RELATED: 5 SEC games that you need to watch this year

“Our last two years have proved we haven’t had enough,” Barnes said Thursday at Tennessee’s preseason Media Day event. “When Robert got hurt, we didn’t have anyone that could step up there. Two years ago when Kevin went down, we didn’t have enough. We’ve got enough now.”

Barnes addressed the depth issues by adding plenty of newcomers with varying levels of experience.

Daniel and Darrington should add scoring punch and experience to a backcourt that lacked both traits last season. The frontcourt should get a boost from the freshman trio of Walker, Zach Kent and Yves Pons. Tennessee also has redshirt freshman forward Jalen Johnson preparing for his college debut and forward John Fulkerson returning from a dislocated right elbow and fractured right wrist that caused him to play just 10 games last year.

The Vols are hoping those additions assure they aren’t staying home in March for a third straight year.

“Being here in spring last year hurt,” said sophomore forward Grant Williams, the Vols’ top returning scorer. “It was not fun. Nobody wants to do it. I don’t want to do it again. Nobody here does. That’s our goal, to be there playing in the tournament and ready for whoever comes at us.”

MORE: 6 players who are an improved skill away from stardom

Even with all those newcomers, the Vols actually have more experience than last season, when their roster included seven true freshmen and one redshirt freshmen.

“We’re not that young anymore,” Schofield said. “We’ve got a lot of guys with experience, a lot of guys who’ve played. We can’t use that age excuse anymore.”

Tennessee still has plenty of concerns as it prepares for its Nov. 10 season opener with Presbyterian.

Made the rounds on Media Day pic.twitter.com/51kwJWKdqK

Daniel says he’s at “about 80 percent” as he recovers from his ankle injury. Barnes acknowledged Fulkerson could need some time to work his way into peak form after missing so much time last season. Johnson is recovering from offseason surgery, and the timetable for his potential return remains uncertain. Tennessee also must replace Hubbs, who started 68 games over the last four seasons.

But the Vols now believe they have enough reinforcements to withstand adversity better.

“There’s no question that we’ve got more depth this year than we’ve ever had,” Barnes said.

They have newcomers ready to make immediate impacts and returning players eager to show how much they’ve learned. They’re hoping that combination prevents them from cooling off down the stretch again.

“Last year as a group, we were just kind of immature,” Bone said. “We just didn’t get the job done. I think this year, just having that knowledge and having last season in the back of our head is really going to motivate us not to have that feeling again.”