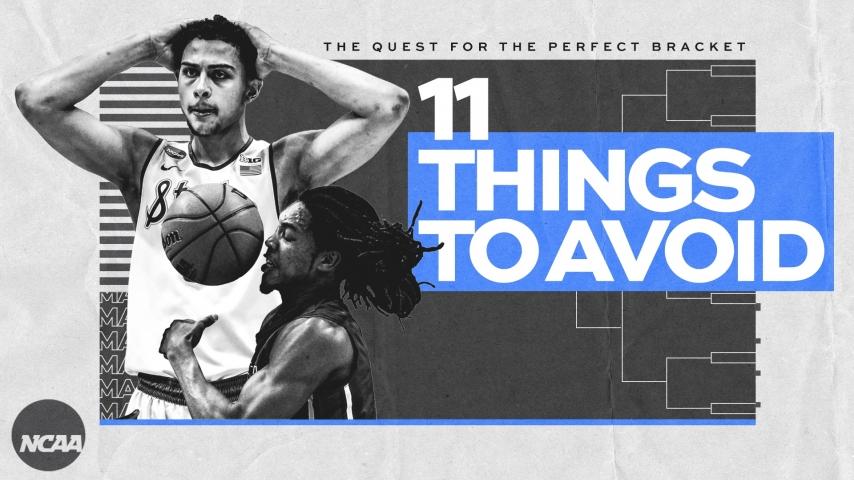 The game of the season lived up to the hype.

Michigan and Ohio State went down to the final minutes before the Wolverines prevailed.

Now, we wait for Michigan-Illinois.

And we hope we get Gonzaga-Baylor either before or after those two teams take on at least two of the Big Ten’s best.

Get ready to debate and digest the latest Power 36.

2. Baylor (2): The Bears will hopefully be back off pause this week.

3. Michigan (3): The Wolverines had the most impressive win of the week at Ohio State.

4. Illinois (5): Ayo Dosunmu had his second triple-double of the season, and the Illini look like the Flyin’ Illini when he and Kofi Cockburn get going.

5. Ohio State (4): The Buckeyes had some unforced errors late, but showed well against Michigan.

6. Florida State (14): The Seminoles rolled Virginia and are now clearly the best team in the ACC.

7. Villanova (6): The Wildcats held off UConn and retained a hold on first in the Big East.

8. Oklahoma (8): The Sooners continue to look the part of being the second best in the Big 12.

9. Iowa (9): The Hawkeyes won at Wisconsin and took care of Penn State at home as Luka Garza became the No. 1 scorer in Iowa history.

10. Alabama (12): The Tide are rolling toward a possible SEC title.

12. Kansas (21): Did anyone think the Jayhawks would really disappear from the conversation? Kansas is ready to challenge for a decent seed.

13. Creighton (18): This next two weeks should say a lot about where the Bluejays land. This team still has loads of potential.

14. USC (15): The Trojans lost to Arizona at home, but teams behind USC still haven’t proven themselves to leap ahead. Evan Mobley is the Pac-12 player of the year.

15. UCLA (29): The Bruins survived against Arizona State and are tied with USC for the top of the Pac-12.

16. Purdue (30): The Boilermakers have a sensational freshmen class led by Jaden Ivey. Look out for this squad down the stretch.

17. Maryland (23): The Terps are hot and are safely in. And they are getting better and better.

19. Virginia Tech (19): The post pause Hokies will be interesting to see if they can maintain momentum.

20. Texas (13): The Longhorns need to make sure they won’t have any lasting issues from a frustrating defeat against West Virginia.

21. Oklahoma State (22): The Cowboys are in the field and hopefully it stays that way.

23. Wichita State (NR): The Shockers have won five in a row and just beat a ranked Houston team.

24. Loyola-Chicago (34): The Ramblers have a tournament feel and that’s not going away.

25. Missouri (16): Jeremiah Tilmon is back and the Tigers are good to go now.

26. Houston (17): The Cougars have three losses against AAC teams.

27. Wisconsin (32): The Badgers desperately needed a win Sunday night and got it at Northwestern.

28. Clemson(28): The Tigers have won three in a row and back to playing more like they were pre pause.

29. Texas Tech (11): The Red Raiders need to find some consistency and fast.

32. Rutgers (20) The Scarlet Knights have lost two in a row but the Big Ten is unforgiving.

33. Boise State (NR): The Broncos have won four in a row and are back to being a tourney team.

34. Drake (35): The Bulldogs are surviving and advance despite adversity.

35. LSU (NR): The Tigers have won three in a row and may have finally found their mojo.

National player of the week

Noah Williams, Washington State: Williams scored 40 in a triple-overtime win against Stanford — first Washington State player to do so since Klay Thompson scored 43 in 2011. He scored 32 in a win over Cal to give the Cougars a home sweep since 2012. Washington State is a respectable 7-10 in the Pac-12, 14-10 overall under Kyle Smith.

National team of the week

Michigan: The Wolverines won the game of the regular season by taking down Ohio State in Columbus. The Wolverines beat Rutgers earlier in the week at home to maintain a two-game lead over Illinois for first in the Big Ten, four over Ohio State and Iowa. Michigan continues to look the part of being a No. 1 seed in the NCAA tournament, too.

My headlines from the week that was:

1. Juwan Howard will make coach of the year a tough choice. It’s Howard, Mark Few (Gonzaga) or Scott Drew (Baylor). Michigan was not supposed to be a title contender but they are and he has done a marvelous job since taking over from John Beilein.

2. The player of the year race is on between Ayo Dosunmu (Illinois) and Luka Garza (Iowa). If I had to vote today I think they should share it. That’s not a cop out. They both deserve it at this moment — Big Ten and national Player of the Year.

3. Start to take stock of Maryland (Big Ten), San Diego State (MWC) and Kansas (Big 12). All three are starting to play their best basketball or the season.

4. The Arizona State loss to UCLA epitomized the season the Sun Devils are having. They should have won the game. They were the better team on that night and yet one foul in the final seconds gave it to the Bruins.

5. Give Sean Miller and Arizona credit for not quitting on the season. The Wildcats aren’t playing in the postseason and yet they won at USC to disrupt the Pac-12 race.

6. Kentucky rocked Tennessee. If there is one team to consider that isn’t in the field now that could win a conference tournament it’s Kentucky in the SEC.

7. Virginia has yet to beat a potential top team. That has to be very concerning. Meanwhile, Florida State is ready to roll again in the NCAA tournament and make a deep run.

8. If Michigan State goes 4-2 in the final six games I think they are in after beating Indiana in Bloomington.

9. Hoping for a UMBC-Vermont America East final and a Drake-Loyola-Chicago Valley final. They would all represent their respective leagues well.

10. No league is beating each other up for bids more than the A10. Each week it’s a different favorite and they continue to beat each other up which could spell trouble for multiple bids.