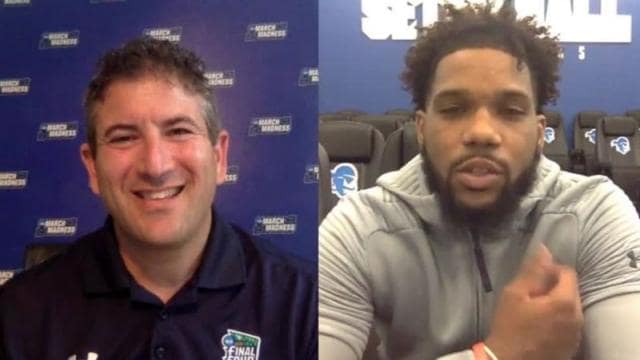 1. Michigan State (1): No reason to drop the Spartans. Michigan State still has the most experienced team with the potential preseason player of the year in Cassius Winston.

2. Kansas (8): The addition of Iowa transfer guard Isaiah Moss and former Michigan commit Jalen Wilson moved the Jayhawks up since both players fill a void on the perimeter.

3. Kentucky (2): The Wildcats drop only because of Kansas’ additions, nudging them ahead slightly.

4. Duke (3): The Blue Devils slid back because of the Kansas move. The domino effect had to alter a few spots.

ROSTER CHANGES: How the NBA draft will impact these college basketball programs

5. Maryland (11): Upon further review, the Terps were too far back in our May poll. Anthony Cowan Jr., and Jalen Smith are as a good a 1-2 punch as any team above.

6. Texas Tech (5): The Red Raiders hold their position essentially. The addition of grad transfers Chris Clarke and TJ Holyfield will be key in keeping them in the thick of the chase.

7. Seton Hall (7): The Pirates still have Myles Powell and a veteran team back to compete for a national title.

8. Louisville (10): I had this discussion with Jordan Nwora and that helped convince me the Cardinals should be in the top 10.

9. North Carolina (9): The Tar Heels have one of the best players in the country coming in with Cole Anthony — yes at the point — to ensure they hold their position in the top 10.

10. Memphis (4): Memphis fans may bristle at the Tigers being dropped from 4 to 10. But this was a reaction to putting them too high without proving it first. Top 10 is still top 10 but the Tigers were too high in the top five.

11. Florida (12): The Gators only drop one spot by virtue of the movement of Kansas and Maryland leaping ahead, causing some to fall. I still see the Gators as the challenger to Kentucky in the SEC.

12. Gonzaga (13): The Zags move up a spot after landing a grad transfer guard, a much-needed position, in Ryan Woolridge out of North Texas. He will join transfer Admon Gilder (Texas A&M) in the backcourt, giving the Zags a much-needed experience lift after losing Josh Perkins, Zach Norvell and Geno Crandall.

13. Virginia (6): I’m sure I’ll hear from Cavaliers fans on this drop. This does not mean the Cavaliers won’t be a contender in the ACC. This is much more of a realistic reflection after the loss of Ty Jerome, Kyle Guy and De’Andre Hunter. That’s a lot! The Cavs will be back in the thick of the chase but being just outside the top 10 based on who is returning is the more fair play. 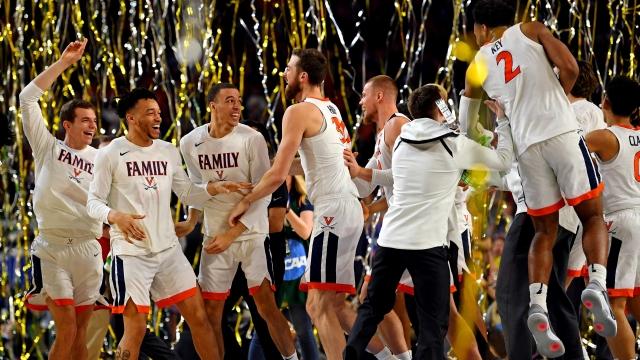 14. Villanova (14): The Wildcats hold steady as the challenger to Seton Hall in the Big East.

15. Xavier (15): I’m not quite sure why others aren’t on the Musketeers bandwagon. Xavier just ran out of games last season. Xavier was hot and could have made a play for an NCAA tournament berth had the regular-season lasted a few more games.

16. Purdue (16): Trevion Williams made the USA U-19 team heading to Greece. Williams should be a load inside for the Boilermakers and one of the best bigs in the Big Ten.

17. Baylor (17): Tristan Clark will compete for Big 12 player of the year. He could have been in competition for it last year had he not gotten hurt. Don’t sleep on Baylor.

19. Georgetown (20): I moved the Hoyas up a notch after this interview with an optimistic Patrick Ewing, who believes Georgetown can get to the tournament.

20. Illinois (21): Giorgi Bezhanishvili got on me about the Illini being 36 when the poll first came out after the Final Four. He was right, and in the two polls since then I have moved them up each time. Get on this train because the Illini will be moving fast next season.

GAMES TO WATCH: The compete schedule of the conference games between the Big Ten and the ACC

21. Auburn (22): The Tigers will be thin on the perimeter and the hope is that Memphis transfer Jamal Johnson and freshman Tyrell Jones can fill that void. This team will still shoot a lot of 3s but the bigs could dominate.

22. Washington (24): The Huskies have one of the best freshmen classes in the country. Experience matters, and that’s what is holding Washington back from being 15-20 now.

23. Utah State (19): The Aggies take a few steps back, not because of players leaving, but rather the belief that a few teams ahead of the Aggies may have a bit more pop. Still, the 1-2 punch of Sam Merrill and Neemias Queta will be hard to contain.

The 2019-20 @MountainWest Conference Schedule is HERE!

24. Marquette (23): The Golden Eagles were once top 10, but now are at least still in the top 25 due to the return of Markus Howard. This will be a huge summer for Marquette, going on a much-needed tour of Spain and France.

25. VCU (26): The Rams are the pick in the A-10 and nothing has changed from that prediction two months ago.

SENIOR SEASONS: You won’t want to miss watching these five athletes compete in their final year of college basketball

26. Colorado (27): McKinley Wright IV is just cutting down some turnovers away from being a Pac-12 player of the year favorite. He should lead the Buffaloes to the NCAA tournament.

27. Wisconsin (28): The Badgers will need Nate Reuvers to be Mr. Stretch and a rebounder to complement a shooting crew on the perimeter that is more than capable of keeping Wisconsin in the top five in the Big Ten.

28. Houston (29): The Cougars will still be as tough a team to deal with as any in the American. That hasn’t changed. Defense will still be its identity.

Strength is never a weakness pic.twitter.com/Uuz9vWyEZK

29. Arizona (25): The Wildcats have one of the top recruiting classes in the country and added UC Irvine transfer Max Hazzard, but they are losing incoming freshman Terry Armstrong to professional basketball. The Wildcats have to prove they belong in the top 20 after a disappointing season last season.

30. Providence (30): The Friars will have an all-Big East player back in Alpha Diallo. If this team finally stays healthy then they should be back in the NCAA tournament. Oh, and coach Ed Cooley is staying put after fielding a call from Michigan.

31. Davidson (31): The Wildcats will be nipping at VCU with the return of Kellan Grady and Jon Axel Gudmundsson.

BLAST FROM THE PAST: Watch Steph Curry drain 40 points against Gonzaga during the 2008 NCAA tournament

32. Saint Mary’s (33): The Gaels picked up Cincinnati transfer guard Logan Johnson to bolster a strong crew on the perimeter. Saint Mary’s shouldn’t need to win the WCC to get an NCAA bid next season.

33. Penn State (34): Lamar Stevens remains one of the most important players in the Big Ten, even if he didn’t get into our top five. The Nittany Lions should be an NCAA tournament team.

34. Tennessee (32): The Vols could be a reach here. I’m still debating whether or not LSU or South Carolina should be on this list. So, this summer will be huge for the Vols to ensure that they can be back to being a contender in the SEC. They lost a lot of punch.

35. NC State (35): Markell Johnson will be the anchor for this team. He can do a bit of everything to ensure the Wolfpack are in the mix for a bid.

36. South Florida (NR): I’m in on the Bulls like I was with UCF last season. USF brings back three of the most important players at their position in guards Laquincy Rideau and David Collins as well big man Alexis Yetna.