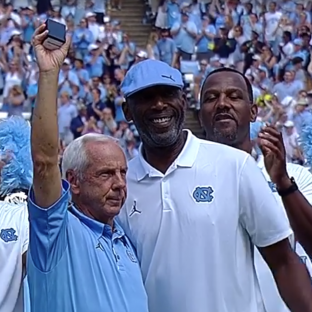 Saturday was a day of celebration in Chapel Hill, N.C., as the members of the Tar Heels’ 2017 men’s basketball team received their national championship rings at halftime of North Carolina’s football game against Louisville. The school’s marching band formed the words “National Champions” on the field, as the defending national champions lined up side-by-side for the presentation.

RELATED: Breaking down the best ACC games for the 2017-18 season

You can watch the entire ring ceremony below.