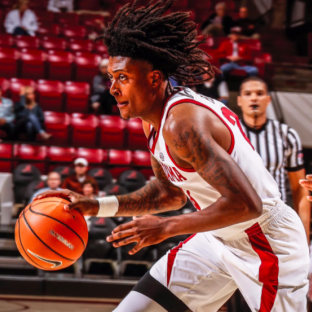 Everyone who has played basketball at any level, even recreationally, has had a day where the rim looks huge and you can’t miss. Alabama freshman guard John Petty had one of those days on Friday.

In just his third collegiate game, Petty was 10-of-13 from 3-point range against Alabama A&M, setting a program record and finishing the game with a team-high 30 points. In his previous two games, he scored a combined 25 points on 5-of-17 shooting from three.

However, he got hot on Friday and didn’t bother taking a single shot inside the arc. While Petty’s performance was incredibly impressive, especially for a freshman so early in the season, he fell one made 3-pointer shy of the NCAA record books.

The single-game record is 15 by Marshall’s Keith Veney against Morehead State in 1996. Three players have made 14 threes in a game and three have made 13 in a game. A player has hit 12 threes in a game on 10 occasions, while one player has finished with 11 made threes 44 times, most recently UCF’s Matt Williams in January.

Despite making 10 threes in the game, Petty wasn’t responsible for the best shot of the night. That honor went to fellow freshman Collin Sexton, who nailed a heave from beyond halfcourt at the end of the first half.