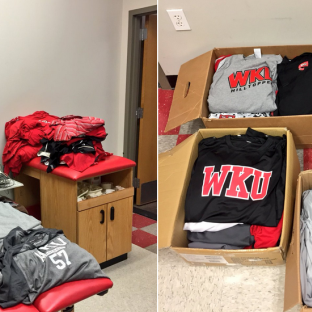 On Tuesday, Houston baseball followed suit. Todd Whitting, the head coach of the Cougars, posted the following message to his Twitter account – asking for help from the college baseball world.

A request to our baseball community around the country. #HoustonStrong pic.twitter.com/Td4Veamyhr

The response has been plentiful. Here are some of the people, and programs, that are aiding the cause.

Stuff is starting to pile up. Next stop Houston. pic.twitter.com/TUgQtw5hqN

Coming your way @toddwhitting along with lots of prayers! pic.twitter.com/dA7XslZkdT

We are answering the call from @UHCougarBB head coach @toddwhitting and sending along shirts to help those effected in Houston. pic.twitter.com/H9J6MGH8gb

.@toddwhitting a box of Gamecock apparel is coming your way. Your staff and everyone in the Houston area is in our thoughts. #HoustonStrong

Just dropped a box full of clothing off to campus mail headed to Houston for #Harvey relief. @toddwhitting @KendallRogersD1 @WCCsports

Keep them coming, everyone. It’s great to see these programs come together in a time of need. Our thoughts are with those dealing with Hurricane Harvey.