College baseball rankings: Arkansas emerges as No. 1 for first time in poll history

For the second week in a row, there’s a new team from the SEC West atop the D1Baseball Top 25 poll. Arkansas ascended to No. 1 for the first time in the seven-year history of the D1Baseball rankings after improving to 7-0 on the season. The Hogs’ previous high ranking was No. 2, first achieved in the 2018 final rankings and matched last week.

Arkansas supplanted Ole Miss, whose reign atop the rankings lasted just one week. The Rebels dropped a home series to unranked UCF and fell three spots to No. 4. SEC teams occupy the top four spots in the rankings and five of the top six, as Vanderbilt and Mississippi State moved up to Nos. 2 and No. 3, respectively, while Florida climbed one spot to No. 6 after a 5-0 week. Miami, which won a series at Florida in Week One, dropped three spots to No. 9 after losing a home series to Virginia Tech.

The Hokies are among five newcomers in the Top 25, three of them from the ACC. Boston College, which won a road series at then-No. 25 Duke, checks in at No. 22, while Virginia Tech is No. 24 and North Carolina is No. 25 after taking two of three at home from then-No. 12 Virginia. The other new entrants to the rankings are No. 20 Oregon State and No. 21 Florida Atlantic, which won a series against UCF in Week One and went 4-0 in Week Two.

TWO GRAND SLAMS IN ONE INNING: FAU freshman pulls off ridiculous feat — in his debut

While three ACC teams joined the rankings, four other ACC teams fell out of the Top 25, including the aforementioned Blue Devils. NC State plummeted out of the rankings from No. 13 after an 0-4 week that included getting swept at home by Georgia Tech, which climbed three spots to No. 12. Wake Forest dropped out from No. 16 after a 1-3 week that included a home series loss to Notre Dame. And Florida State fell out from No. 24 after getting swept at home by Pittsburgh. The Fighting Irish and Panthers were among the teams just outside the Top 25 this week. The fifth team that fell out of the rankings was Auburn, which posted a losing weekend at the Round Rock Classic.

D1Baseball’s editors and national writers determine the Top 25 rankings. Records are through games of Feb. 28.

LSU softball is the headliner in the SEC, while Florida, Alabama and others are hot on their heels. 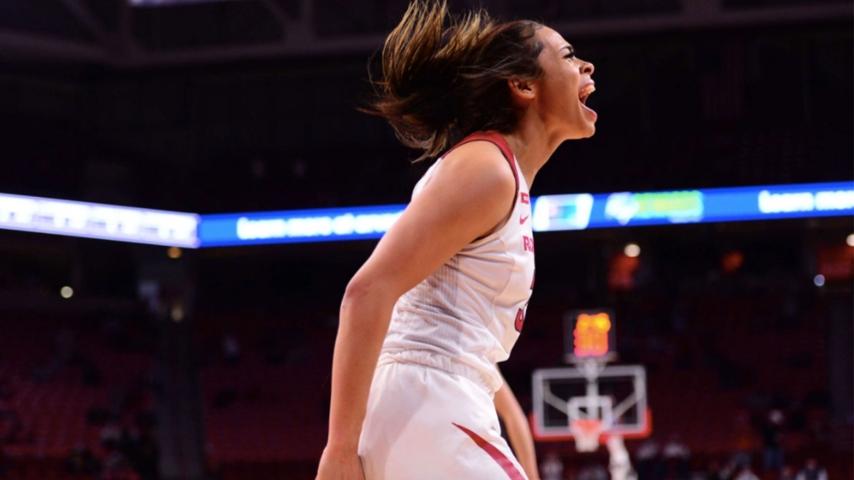 Arkansas has been named the NCAA.com Team of the Week for women’s basketball. The Razorbacks took down No. 3 UConn and Auburn in an impressive week in women’s hoops.

The Naismith Memorial Basketball Hall of Fame and the Women’s Basketball Coaches Association announced the Top 10 candidates for the 2021 Nancy Lieberman Award on Monday, Feb. 1.