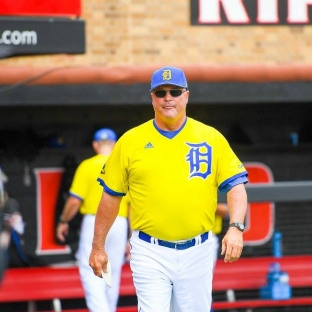 Delaware baseball may have left the Lubbock regional with no wins in this weekend’s NCAA tournament, but it was a memorable experience for the CAA champs nonetheless. Coach Jim Sherman wanted to make sure host Texas Tech and its fans knew just how much their hospitality meant to him and the team.

Sherman, who just finished up his 17th year at the helm, composed a thoughtful message addressed to Texas Tech that was shared on Twitter via Delaware baseball’s account. In it, he outlines his appreciation for the passion and respect exuded from the home crowd.

“Lubbock, Texas will always hold a special place in my heart, because of this regional,” Sherman said.

Before the #BlueHens take off, coach Sherman had a special message for @TTU_Baseball and #RedRaiders fans alike. Thanks #Lubbock! pic.twitter.com/aQTmCDPJkm

Despite Delaware’s consecutive losses leading to their elimination, the Blue Hens treated the regional audience to two exciting games on Friday and Saturday. Delaware pitcher Ron Marinaccio gave the Blue Hens 6.1 gutsy innings of three-run ball in the opener against the Red Raiders — and received a standing ovation from the opposing crowd, as noted in Sherman’s message — before Texas Tech ultimately won 5-2. On Saturday, Delaware battled defending national runner-up Arizona toe-to-toe before succumbing 6-5 in the 12th inning.

That 12-inning affair was made possible by a two-run rally in the ninth inning to tie it at five runs apiece.

Delaware’s appearance in Lubbock marked the program’s first trip to the NCAA tournament since 2001. Sherman and his players made sure to savor every moment of the Blue Hens’ return.