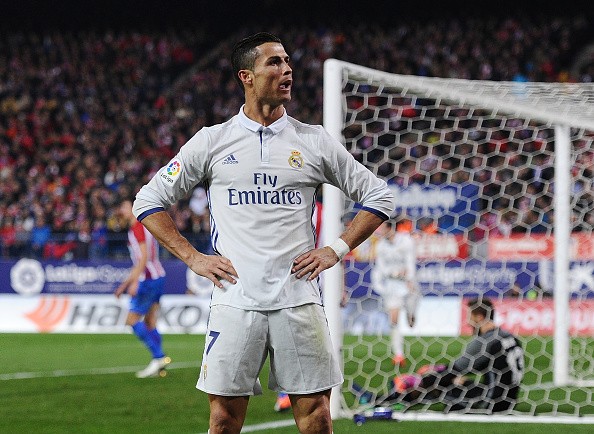 Champions League Quarterfinals was full of drama and excitement. Real Madrid, Atletico Madrid, Juventus & AS Monaco have qualified for the next round. Real Madrid will face their city rivals Atletico Madrid while Italian giants Juventus will go head-to-head with AS Monaco.

The round of 16 of Champions League saw some great results. The matches between Real Madrid vs Bayern Munich was perhaps the most dramatic. The Spanish giants have thrashed Bayern 6-3 on aggregate but the Madrid victory was overshadowed by referee decision. Cristiano Ronaldo on the other hand score five goals in both the legs.

Atletico Madrid has beaten English side Leicester City with close margin of 2-1 on aggregate. It was a great fairy tale run for Leicester in Champions League. Now Atletico is facing their arch-rivals Real in another knock-out round. Notably, Atletico Madrid has lost their last two Champions League finals against Real in the past three years. Leicester has defeated the Spanish team Sevilla to reach the quarterfinals, reports BBC.

There were tons of goals scored in the second leg of round of 16. As Monaco was the team which has scored highest number of goals in this round. The French team has beaten German side Dortmund 6-3 on aggregate and continued their awesome run in the league.

Juventus is the side which is looking favorite to win the league this year. The Italians have beaten the mighty Barcelona comfortably 3-0 on aggregate and thanks to their formidable defence. Paulo Dybala has scored two goals in the victory over Catalans. According to Mail Online, Juve has defeated the Porto FC in the last 16 of Champions League.

Fans are now eagerly waiting for the semi-finals top see the battle between one of the best teams in Champions League. Stay tuned for more updates.