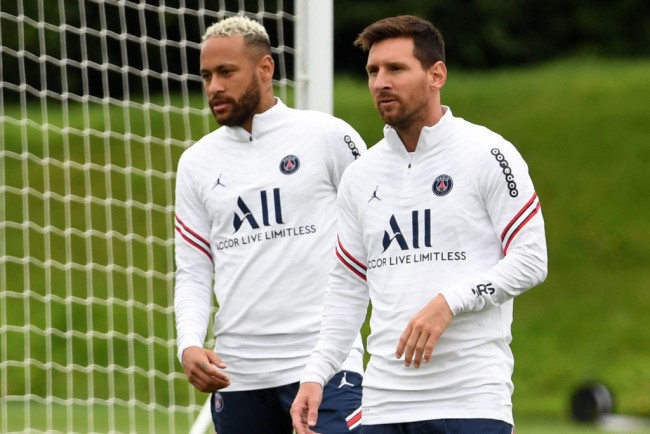 The UEFA Champions League group stage’s draw has just been released. Soccer fans are in for a treat with the European football’s premier club competition offering several mouth-watering matchups this coming 2021-22 season, including a possible clash between Lionel Messi and Cristiano Ronaldo.

Manchester City and Paris Saint-Germain will face each other earlier after meeting in last year’s semifinals as they were drawn together in Group A. However, advancing to the knockout stage won’t be easy for the two powerhouse teams, as they were joined by German team RB Leipzig and reigning Belgian champions Club Brugge.

What makes this showdown between Manchester City and PSG such an appealing matchup for neutrals is that these games might rekindle the rivalry between soccer legends Cristiano Ronaldo and Lionel Messi. Ronaldo is rumored to be nearing a deal to join Manchester City, while PSG made quite a splash this offseason by signing Messi away from Barcelona.

Another English team given a tough draw was Liverpool FC. The Reds landed in arguably this season’s group of death, as they were drawn together with teams that are loaded with European pedigree.

Jurgen Klopp’s men will face the reigning Spanish La Liga champions Atletico Madrid, the team that knocked them out in the Champions League over two legs in 2020, and former Champions League winners Porto and AC Milan.

Chelsea FC was given a relatively easy start to their title defense, as they were drawn together with Juventus, Zenit St Petersburg, and Malmo. Chelsea, who won the Champions League final last season over Manchester City, have bolstered their side this year, landing star striker Romelu Lukaku from Inter Milan.

Manchester United is also fortunate to avoid heavyweights in this season’s draw, but they will meet Villareal in a rematch of last season’s Europa League final, which the Spanish side won in a dramatic penalty shootout. United and Villareal were joined in Group F by Atalanta, an Italian team who finished third behind the powerful Milan teams in Serie A last campaign, and Swiss club Young Boys.

Sheriff Tiraspol’s dream Champions League run was duly rewarded in the group stage draw, as the first team from Moldova to reach this phase of the competition got marquee matchups with European powerhouses Real Madrid and Internazionale.

Barcelona was also handed a difficult group as they were drawn together with Benfica, Dynamo Kyiv, and Bayern Munich. The Catalan giants know fully well the danger Bayern holds in this competition, as the reigning German champions destroyed Barcelona 8-2 in the 2020 quarterfinals.