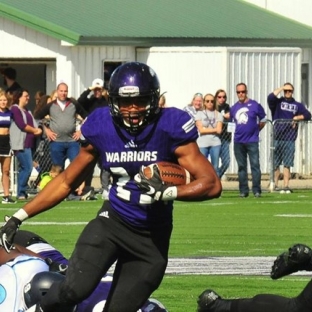 By the numbers: Three Top 10 teams fall on another weekend of the unexpected in DII football

Pop quiz: when was the last time there wasn’t a major upset causing a shake up the Top 25?

Luckily, for most Division II football fans, the answer is Week 3. That means DII football had two straight weekends of the unexpected, seeing some of the mighty Top 25 fall while others continue their very surprising rise. Simply put, there is a lot of exciting DII football being played.

Week 6 was more of the same. Let’s break it down by the numbers.

6 — Ranked teams that lost on Saturday. Despite a furious 21-point fourth quarter attempt at a comeback, No. 2 Texas A&M-Commerce lost to No. 10 Midwestern State, 47-42. No. 5 Sioux Falls dropped its first game of the season, losing to No. 22 Winona State, 31-13. No. 9 Delta State saw their undefeated run come to an end, losing to Gulf South foe West Alabama 29-26. No. 16 California (Pennsylvania) suffered its second loss in as many weeks to a Top 25 team, falling to No. 4 Indiana (Pennsylvania) 26-10. No. 17 Humboldt State lost to Great Northwest Athetic Conference rival No. 13 Central Washington. No. 24 Arkansas Tech lost for the second week in a row, putting its Top 25 fate in jeopardy, losing to Arkansas-Monticello 46-45.

No. 4 Indiana (PA.) remains undefeated after defeating No. 16 California (PA.) 26-10 in the #D2FB Showcase! pic.twitter.com/RItfhj2eTH

3 — Top 25 teams that cracked 50 points this week. The ThunderWolves led the way with their 63 points. No. 3 Shepherd put up 51 points in its decisive 37-point victory. Central Washington dropped 55 points, staking its claim as the best in the GNAC.

0 — Top 25 teams that posted a shutout this past Saturday. There had been at least three in each of the past two weekends.

There were quite a few stellar individual performances amongst the Top 25 this past weekend. Here’s a few that stood out most.

Northwest Missouri State defensive tackle Caleb Mather had two of the Bearcats five sacks in another great defensive output. Free safety Taderion Myhand had a monster day in West Alabama’s upset with eight tackles (two for a loss) and a 23-yard fumble return for a touchdown. Darius Williams scored another defensive touchdown, his second in three weeks, on a 99-yard interception return for Colorado State-Pueblo. Ashland’s Austin Utter was a menace behind the line of scrimmage with seven tackles (two for a loss) and two sacks. Tyler Hasty, defensive back from Central Washington, picked two passes, one of which went to the house, in the Wildcats’ statement win.

Despite being on the losing end of a Top 25 battle, Black Hills State quarterback Ryan Hommel had 460 yards passing and three total touchdowns in a loss to Colorado Mesa. The Boll Weevils had a nice offensive output in their upset of Arkansas Tech. Quarterback Cole Sears led the way with 365 yards passing, 48 yards rushing and four total touchdowns. Wide receiver Jalen Tolliver was on the receiving end most of the day, posting 111 yards receiving and two touchdowns, adding a rushing touchdown as well.