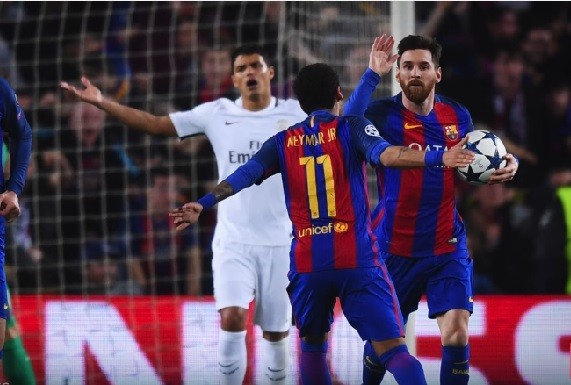 No wonder football is the world’s number one game. The global sport only continues to get better as manifested in a recent match between Barcelona and Paris Saint-Germain (PSG). For a while, the French team is the favorite to advance to the Champions League quarterfinals.

Then the unthinkable has happened. On aggregate points, Barca has overcome a four-goal deficit to stun not only PSG but also the entire world. The final score is a close 6-5 margin.

Aside from the fact that the game has been an incredible run to watch, it is also somewhat magical. PSG has put a goal into the net in order to pin down the hopes of Barcelona. However, the Unai Emery-mentored squad has squandered several chances to advance.

To start, PSG has missed a couple of kicks and eventually allowed the Spanish club to score three times in the final eight minutes. It is a tough pill to swallow but it is Barcelona’s momentous knocks that have actually turned the tide.

A couple of goals from Neymar da Silva Santos Jr. inside three minutes, and one each from Lionel Messi and Luis Suarez may have sustained the timely hits of Barca but two unexpected points are what actually saved the season for the prestigious football team.

Edison Cavani has pulled through during the 62nd minute and Sergi Roberto pours in the go-ahead goal during the extra five minutes to pull an upset. It should be known that the PSG squad is everything but a slack. However, it seems that confusion got the better of the French group.

Thomas Meunier has shown persistence but he slipped against Barcelona’s defense. Angel Di Maria’s free kick has gone overboard. Goal keeper Kevin Trapp just can’t repel the Barca’s game-winning goal. It has been that kind of night for PSG at Camp Nou.

Barcelona Chief Luis Enrique has dedicated to the solid and faithful followers of the team. He has pointed out that the comeback is all about keeping the faith.