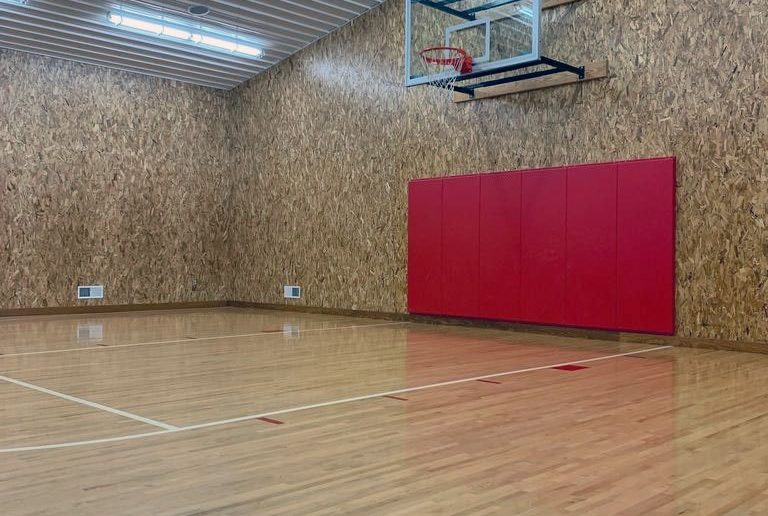 
To understand what happened to the March dreams of the Dayton Flyers, we should visit a barn near St. Henry, Ohio.

Hear that sound of a bouncing basketball coming from inside? That’s Ryan Mikesell, a senior and one of the glue players for the 29-2 Flyers. He lives just down the road, and the owners who once built a basketball halfcourt in the barn for their kids have made it available for him to work on his game, preparing for any professional opportunities. Mikesell has been there a lot lately, and the painful irony of the situation hasn’t escaped him. He and his Dayton team had planned on playing before packed arenas in the NCAA Tournament. But instead of the glitter and glory of a Final Four, here he was, shooting jump shots alone in a barn in western Ohio.

“As sad as that sounds,” he said, “that’s exactly right.”

When college basketball went silent because of the coronavirus, few teams felt the shock more than Dayton. It had been a magical winter, between Obi Toppin’s dunks and national acclaim and the victories that kept coming. At the end, Dayton had won 20 games in a row, climbed to No. 3 in the rankings, and seemed to have a No. 1 seed for the NCAA Tournament in the bag. The program had never seen anything like it. The Flyers had become a beacon of joy to a basketball-loving community that in the previous 10 months had been battered by a killer tornado and a mass shooting. The chance to stand for something good meant a lot to Mikesell, who grew up in small town St. Henry 70 minutes from campus.

When the Flyers mashed George Washington 76-51 on Senior Night on March 7, it was his 118th game and 87th start in a Dayton uniform. And he figured the best was still to come. “We were expecting the next month to be the best times of our life in terms of basketball,” he said.

Everyone knows what happened next.

For the Flyers, the news grew worse and worse. The following Wednesday, they headed for Brooklyn and the Atlantic 10 tournament. By the time they landed in New York, they found out they would be playing before no fans. Later that night at the hotel, they watched reports about the NBA suspending its season. The next morning, they woke up and soon were told there would be no league tournament at all. They went to the airport to return to Dayton and just before takeoff, learned the NCAA Tournament was cancelled. They had been kings of their world for four months and yearned for a truly happy ending, but suddenly everything was just . . . gone.

“We get back and have our last team meeting,” Mikesell said. “It was very emotional with everything we’ve been through as a group . . . Coach (Anthony) Grant really didn’t know what to say. He said, `You’ve guys done everything you can, to set yourself up for the best season possible. Life happens. Things come your way you can’t control.’ And then after the team meeting, we just all went our separate ways back home. It all got thrown at us at once and we just had to deal with it.

SENIOR SPOTLIGHT: These are Payton Pritchard’s 5 favorite games from his senior season

“We were a top-five team in the country getting ready to get a 1 seed in the tournament, and the next thing you know it comes to a screeching halt. The A-10 tournament is cancelled, March Madness is cancelled, you’re kicked off campus, then you’re kicked out of your apartment that was on campus and you have to go back home and try to figure out what’s next.”

Since then, he has been back in St. Henry, working on finishing his master’s degree, playing board games with his family and working out in a barn. “Doing what we can. Living life, you know?” he said. There’s one thing he isn’t doing. All those reruns on TV of NCAA championships from the past? Forget it.

“I turned on one, and it was the national championship game last year, Virginia and Texas Tech. I watched it a couple of minutes and then I just got sick to my stomach. I couldn’t watch it. I was just thinking, that could easily be us. We should be playing on TV right now.

“Right now, there will definitely be an asterisk to this season. We had the greatest regular season in Dayton history but at the end of the day you want to have the opportunity for some sort of closure. Whether we get that 1 seed and lose to a 16 seed or we go to the Final Four and have a chance to play for the national championship, you just want some sort of closure. And as a senior I’m never going to get that.

“But at the same time you’ve got to have some perspective and think of the bigger picture; that we’re saving lives by not having the tournament and staying at home.”

Mikesell is hoping for a professional chance in the future, and then maybe coaching. His undergraduate degree was in mechanical engineering. Not many coaches can say that. “I just knew the ball was going to stop bouncing at some point and I needed to have a meaningful degree and I’ve always been kind of a nerd in terms of math, science and physics,” he said. “I’m not a big language arts guy. I’d rather get a math problem or some sort of physics equation.” He’ll always have the memories of lending a big hand as Dayton made history. The 6-7 forward contributed 8.5 points and nearly five rebounds a game to the cause, and was second on the team in blocked shots. He had 19 points when the Flyers took Kansas to overtime. He’ll always have Senior Night, when the Flyers cut down the nets for winning the A-10 season title – “It’s kind of heartwarming to know that I ended up a champion.” He’ll always know what this team meant to Dayton.

“I think the pride and joy will definitely outweigh the last month that we’ve endured. Basically, the season brought some light to the community. Anywhere I went, somebody was congratulating me and thanking me. They didn’t have to do that. I’m just out here playing basketball.”

But oh, what might have been. It’ll take a while before Ryan Mikesell can watch college basketball again.

“Not right now. Hopefully down the line, I’ll be able to support my Flyers next year. I’m sure I’ll be healed by then.”