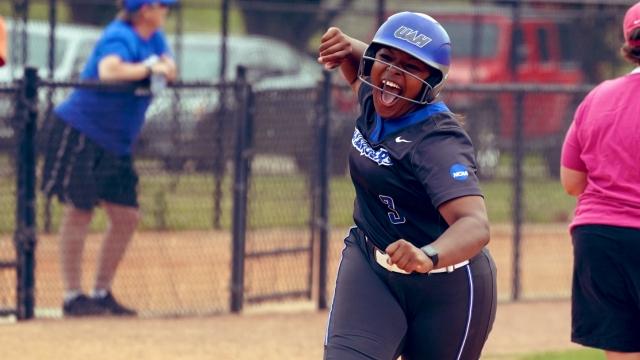 How crazy was the past week in DII softball? The latest Power 10 rankings may give you an indication.

Yes, there’s a new No. 1 this week. But that isn’t the top storyline. It’s not even close.

As a reminder, these are my rankings, and mine alone. I take several factors into account, including overall record, record against ranked teams, NFCA rankings, winning streaks, losing streaks, head-to-head matchups and team statistics.

Here they are, with each team’s ranking in the previous Power 10 in parentheses.

The Vikings are back on top. After falling to No. 2 in last week’s Power 10, Augustana (SD) extended its winning streak to eight games in dominating fashion. The Vikings outscored their opponents 70-8 during those eight victories, four of which were shutouts. They’ll finish the regular season with a pair of doubleheaders against Winona State and Upper Iowa on Saturday and Sunday.

UT Tyler has won 12 straight, with its latest pair of wins coming over Texas A&M-Commerce in a doubleheader on May 1. The Patriots have also won their last eight games against ranked teams. Both of those streaks will be put to the test when they host Oklahoma Christian for a doubleheader to close the regular season on Tuesday, May 4.

Speaking of those Eagles, they’ve cooled off as of late. Cameron snapped their 16-game winning streak on May 1 in the first meeting of a doubleheader. But Oklahoma Christian was able to split the two-game set with a 3-1 triumph in the nightcap. As mentioned earlier, the Eagles have a huge showdown with UT Tyler this week. They’ll need to sweep that doubleheader to surpass the Patriots in next week’s Power 10.

North Georgia’s winning streak is now at 13. The Nighthawks ended their regular season with a two-game sweep of Columbus State, which is the same team they’ll face in the semifinals of the PBC tournament on Saturday, May 8. Unlike last week, the Nighthawks will be rewarded in this Power 10 for continuing their winning ways.

Valdosta State’s regular season ended in a three-game sweep at the hands of Alabama-Huntsville over the weekend. The Blazers had won 21 in a row before suffering defeats of 4-3, 7-6 and 5-3 to the Chargers. To make matters worse, those three losses cost them the No. 1 seed in the GSC tournament. Valdosta State will look to regroup when it faces Lee (TN) in the first round of that tournament on May 6.

In last week’s Power 10, I said, “A good showing against one of the country’s best teams could lift the Chargers into next week’s Power 10.” But Alabama-Huntsville didn’t have a good showing against Valdosta State, it had a great one. The Chargers swept the Blazers in a wildly-entertaining series. In the third game, Kiara Akles broke a 2-2 tie in the bottom of the sixth inning with a three-run bomb that proved to be the difference.

No team has more wins in DII than UIndy. The Greyhounds now sit at 37, and wrapped up their regular season on a three-game winning streak. But they drop one spot in these rankings for losing back-to-back outings against Ohio Dominican and Maryville (MO) last week, both of which are unranked. UIndy will face Illinois Springfield in the first round of the GLVC tournament on May 6.

The Buffaloes won 10 straight to finish the regular season, with their last three victories all coming in shutout fashion and ending in five innings. In fact, West Texas A&M has won each of its last six games by way of the mercy rule. The Buffaloes are idle until the LSC tournament begins on Friday, May 14.

It’s the Warhawks, not the Blazers, who will have the No. 1 seed in the GSC tournament. Auburn Montgomery finished the regular season on a 15-game winning streak. Two of those victories were against North Georgia in a doubleheader on April 6, back when the Nighthawks were No. 1 in the NFCA poll. The Warhawks will meet Montevallo in the first round of the GSC tournament on May 6.

Young Harris ended the regular season by splitting a doubleheader with unranked Flagler. While the Mountain Lions have only lost nine games in 2021, their last two have been to unranked teams. One of those was to UNC Pembroke back on April 23. Young Harris will face that very same Braves club in the semifinals of the PBC tournament on May 8.

This wasn’t an easy decision. Not only was Rollins No. 8 in last week’s Power 10, but the Tars have one of the better pitching rotations in the country. However, they’ve only played 18 games. They’ll wrap up the regular season with a three-game series against Florida Southern College that begins on Wednesday, May 5.

It’s no coincidence that the two teams that dropped out of this week’s Power 10 haven’t played a game in the last seven days. The Railsplitters lost to Tusculum, 8-0, in the SAC championship game on April 25, and have been waiting for the DII softball championship selections ever since.