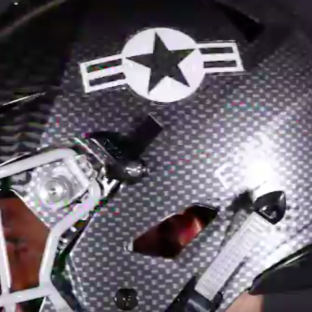 It’s never a slow news day during college football season, even on a day when there’s only one game. Air Force released its new F-35 Helmet on Monday – the first of five helmets in the school’s Air Power Legacy Series.

“We will honor the future with the F-35 Helmet this year,” part of Air Force’s announcement tweet reads. This isn’t the first time Air Force has embraced its history when creating an alternate uniform. Last year, the university unveiled an alternate sharktooth uniform.

The time is now! The 2017 Air Power Legacy Series Helmet #1 of 5! We will honor the future with the F-35 Helmet this year! #LetsFly #APLS pic.twitter.com/jaUfm9tHcD