9 of the top college softball home run hitters in 2021

We’ve got just a few weeks left in the college softball season before the postseason and the highly anticipated 2021 Women’s College World Series. After a shortened 2020 season, we finally got to experience somewhat of a long, full softball season (aside from some cancellations). We have seen a lot of power at the plate this year. Here are some of the top home run hitters that will most likely go yard when they step into the batter’s box. 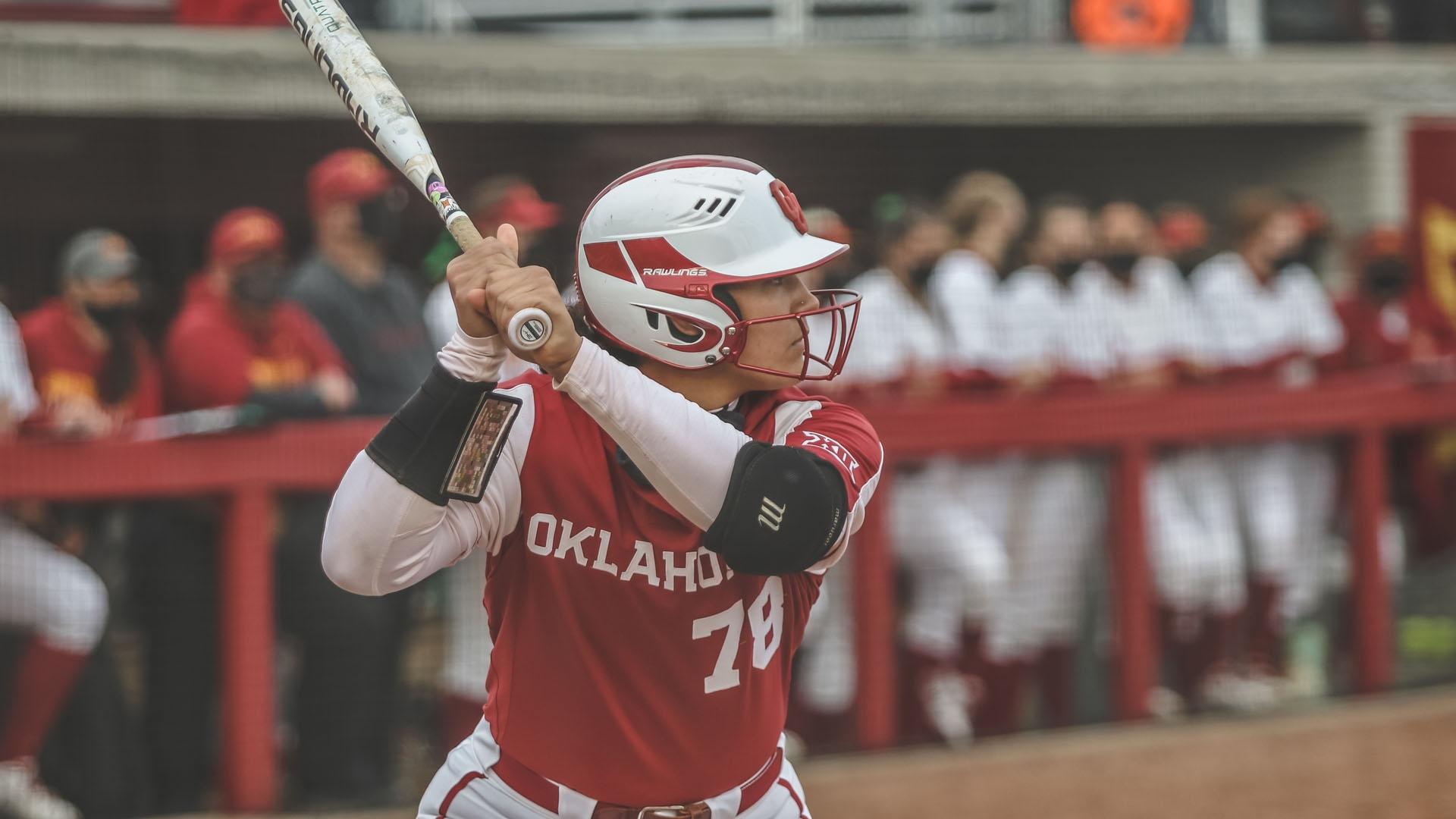 Jocelyn Alo is having a monster season — and so are the Sooners, who have been unanimously No. 1 for seven straight weeks and have lost only one game this season. Alo is a big part of that. She has smashed 25 home runs this season and she leads the country in that category. She currently has a 1.205 slugging percentage and is hitting .504. Pretty impressive. Here is the best part though. She had 54 home runs entering this season, has 25 so far this year, and has the option to return next year. The current NCAA home run record is 95, set by Lauren Chamberlain (who also played for Oklahoma). If I am doing my math right, and Alo does decide to return next year, Alo can be the next NCAA home run leader.

Braxton Burnside currently ranks second in the NCAA with 24 homers this season, just one behind Alo. She has a .941 slugging percentage and is hitting .368. Burnside finally has the chance to play a full season for the Razorbacks after transferring in and sitting out the 2019 season due to transfer regulations, and then a shortened 2020 season. Finally, she is now playing and she is shining at the plate.

Also, I have to mention her teammate, Danielle Gibson, who holds the NCAA record for most home runs in a game with four. 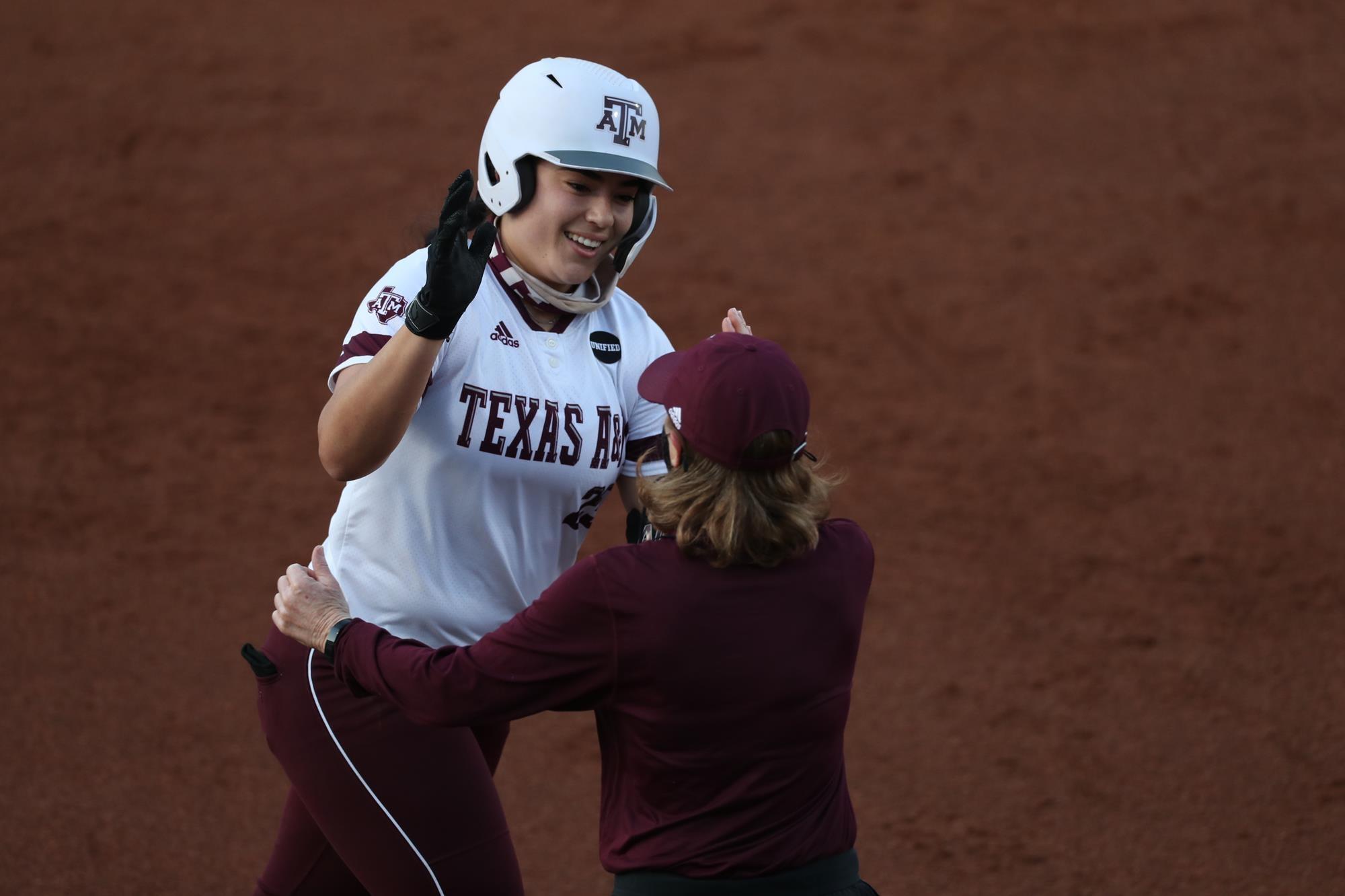 Haley Lee is in her junior season at Texas A&M in the midst of a breakout year. She was just recently named a top-25 finalist for the 2021 USA Collegiate Player of the Year award and she is third in the country with 21 home runs this season. She is slugging .983 and is hitting .413 for the Aggies. 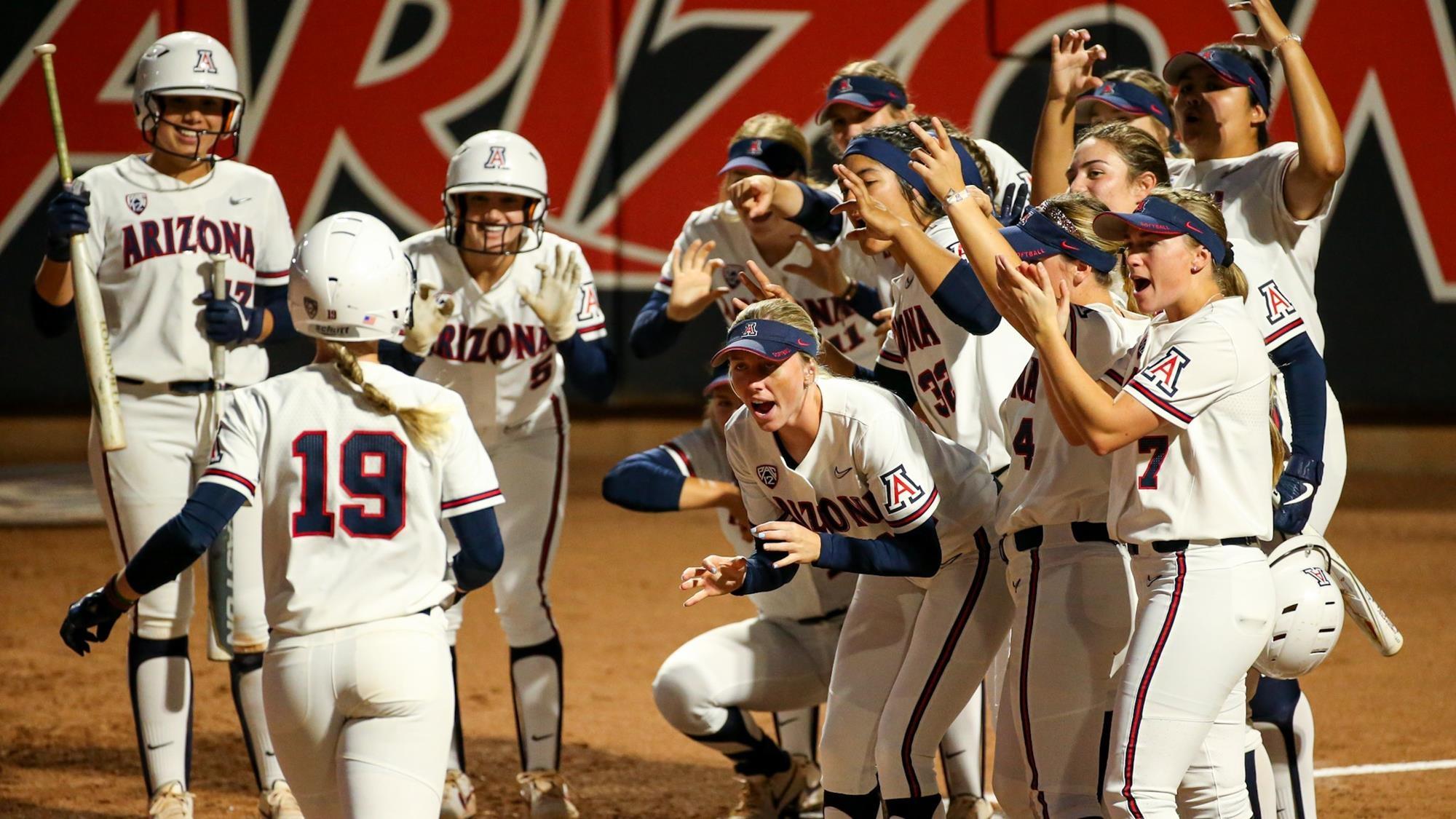 Jessie Harper might not be hitting 18-plus home runs this season, but she is closest to breaking the NCAA home run record. So, yes, she is and always will be a top home run hitter when it comes to NCAA softball. Harper hit 19 homers her freshman year, 18 as a sophomore and 29 in her junior year campaign. She tallied 10 in 2020 before the season was cut short and now has 11 homers in 2021. This is less than prior years, but she is fourth all-time in home runs and is not done yet. 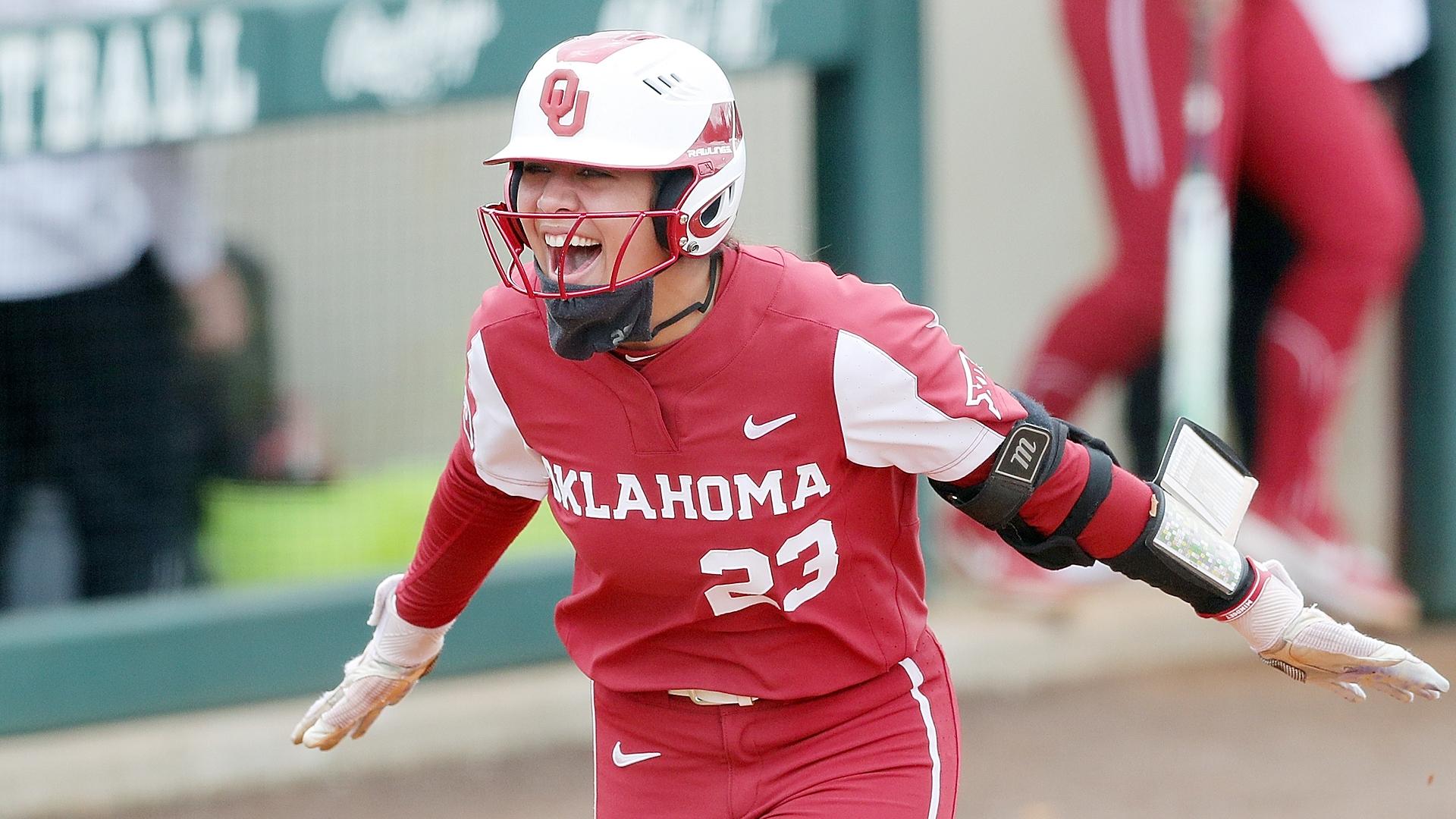 We’ve got another Boomer Sooner in Tiare Jennings. A freshman, and third in the country in home runs. She was the California Gatorade Softball Player of the Year heading into college and now could be making a case for NFCA Freshman of the Year. This wouldn’t be a surprise, as she follows in the footsteps of teammate Jocelyn Alo, mentioned at the top of this list, who won 2018 Freshman of the Year. Jennings is definitely a franchise name type player. She has a 1.119 slugging percentage and is hitting .492 in her phenomenal freshman year for the No. 1 team in the country. A lot more home runs to come for Jennings. 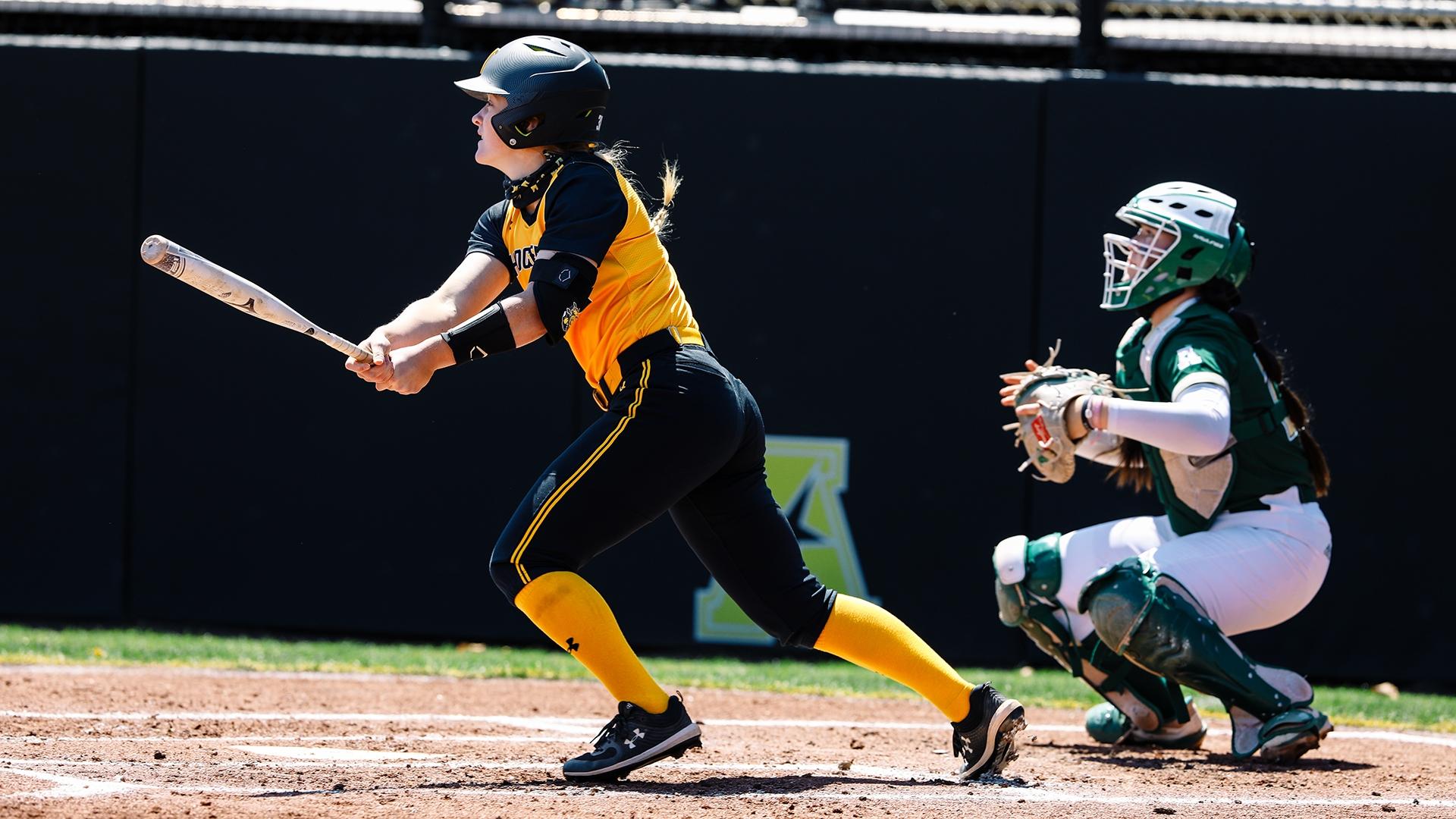 Addison Barnard is another freshman on the list from Wichita State. She is fifth in the NCAA in homers this season with 19 home runs. She leads her team with .808 slugging and is hitting .323 on the year.  She broke the school’s single-season home run record vs. Kansas City when she hit her 17th home run of the season.

Sammey Bunch is tied with Barnard with 19 home runs this year. She is already the home run leader at UNI and was also recently named to the top 25 2021 USA Collegiate Player of the Year watch list along with Alo, Jennings, Burnside and Lee. Bunch has a .458 batting average. 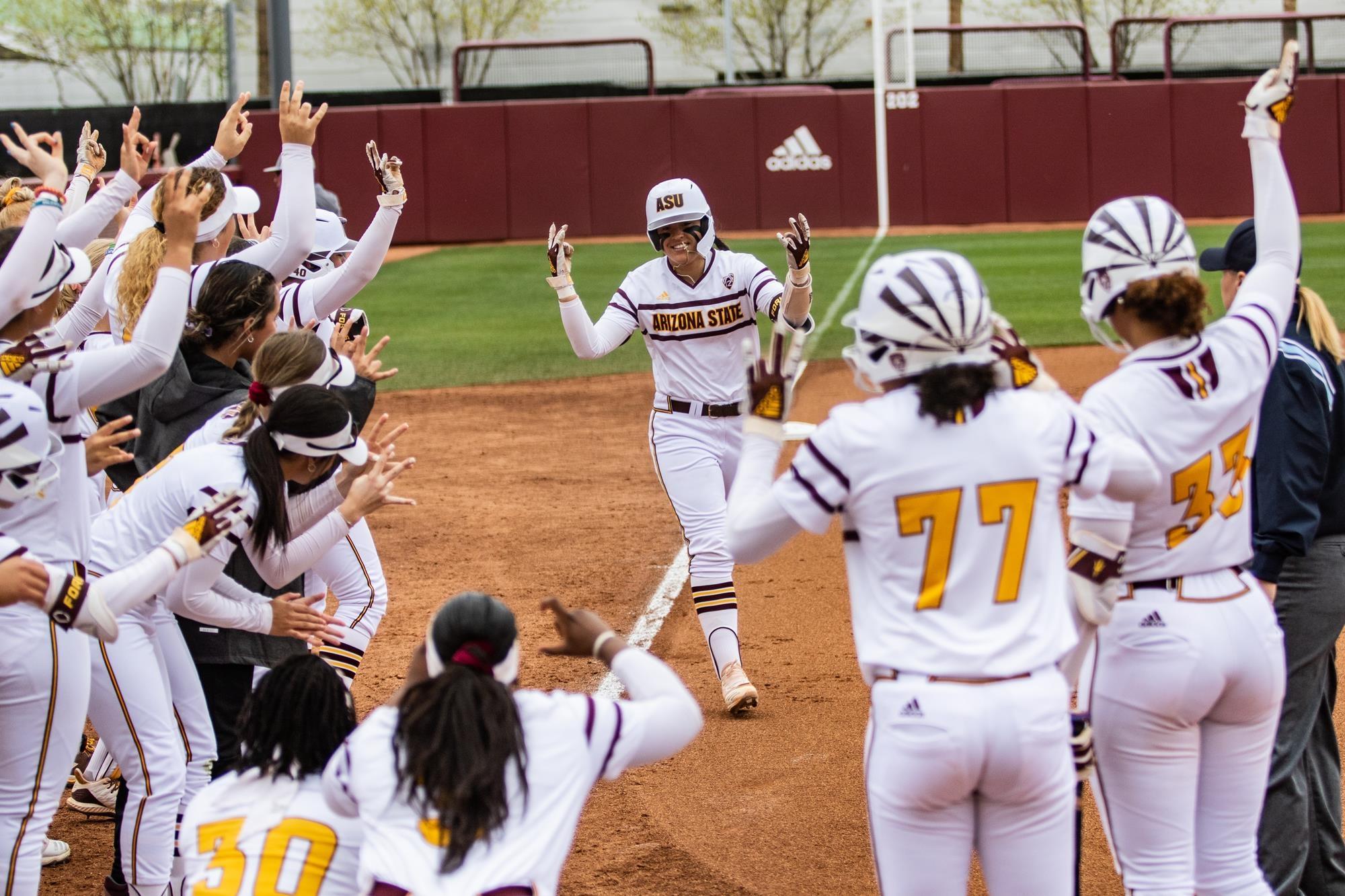 Maddi Hackbarth, a senior at Arizona State, is tied for seventh in the country with 18 home runs on the season. Hackbarth hit 19 home runs in 2019, just one shy of the ASU single-season record of 20. This year, she is looking to scratch her name into the record books, and she is only two away. Hackbarth has a 1.009 slugging percentage and a .394 batting average. 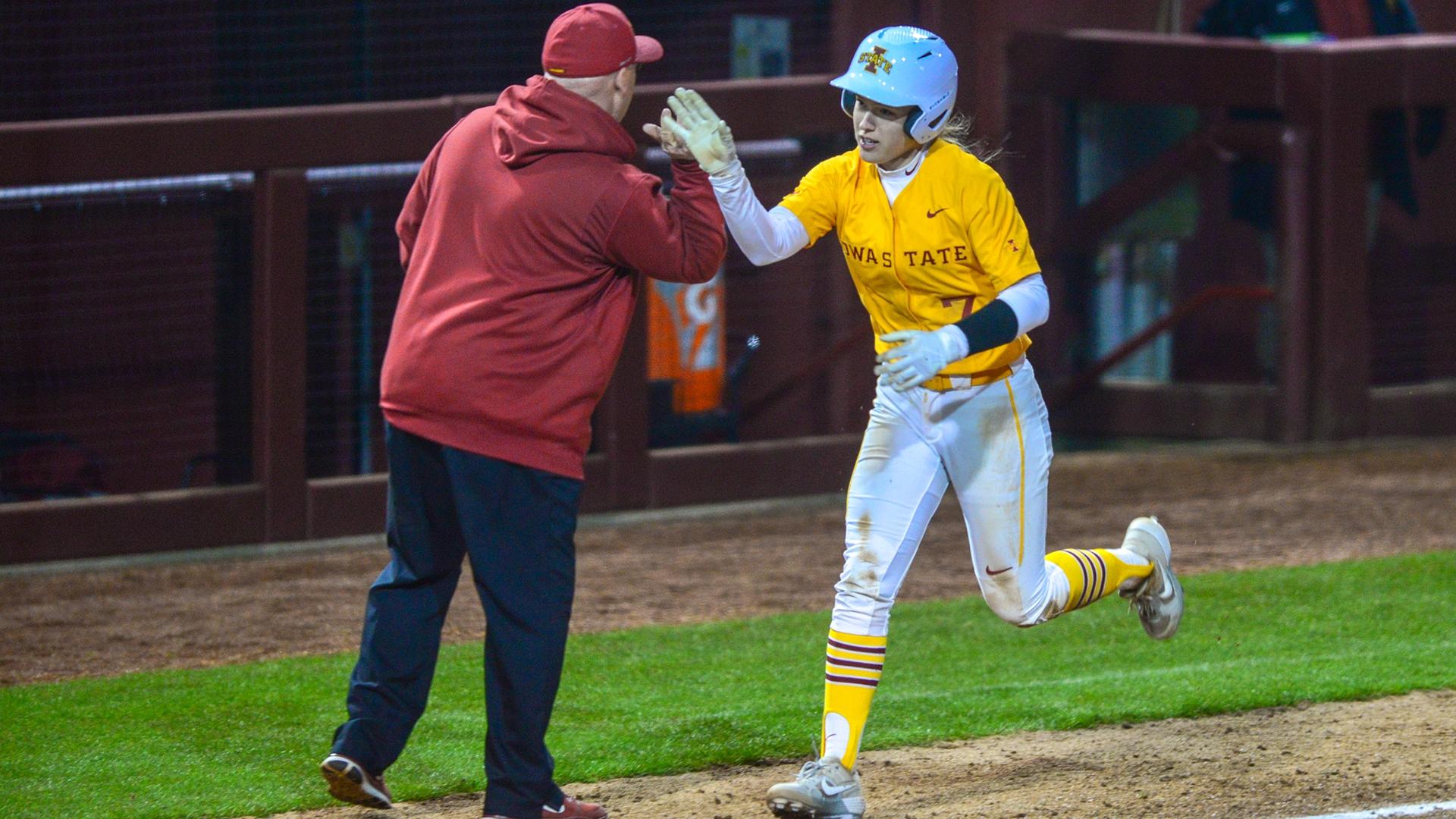 Sami Williams of Iowa State is tied with Hackbarth with 18 round trippers. The 2019 Big 12 Softball Student-Athlete of the Year has 64 total home runs in her career so far with 18 this season. She leads her team with a .455 batting average and .945 slugging.