Just nine men’s college basketball head coaches have compiled at least 800 wins in their career, led by Duke’s Mike Krzyzewski at 1,157 entering the 2020-21 season. Coach K is one of four active coaches who have reached the exclusive club, along with Syracuse’s Jim Boeheim, North Carolina’s Roy Williams and West Virginia’s Bob Huggins.

The three ACC coaches mentioned above are all inductees into the Naismith Memorial Basketball Hall of Fame and Huggins was on the ballot for 2020. The five former head coaches who have cracked the 800-win mark have all been inducted — Bob Knight, Dean Smith, Jim Calhoun, Adolph Rupp and Eddie Sutton — so the wins milestone is nearly synonymous with a Hall of Fame career.

There are a few active coaches in men’s college basketball who are within shouting distance of 800 career wins, and one coach could join the club during the 2020-21 season.

In fact, there’s a chance that in each of the next five seasons, an active DI head coach could reach the 800-win mark, expanding the 800-win club from nine coaches to 14 by the end of the 2025 season.

Here are nine coaches who have some of the strongest cases of being one of the next coaches to reach 800 wins in their career.

Calipari enters the 2020-21 campaign tied with Lou Henson for 13th all-time in career wins with 775, which means he’s just 25 away from 800. If Kentucky has a strong season, Calipari could reach the mark this season, potentially in the NCAA tournament. Division I teams can play a maximum of 27 regular-season games in the upcoming season, so if the Wildcats have a one or two-loss season — as a few Calipari-coached teams have done before — then he’d become the 10th coach with 800 wins by the end of March.

If the stars align, and Kentucky is really good but not other-worldly, the Wildcats could have, say, a Sweet 16 or Elite Eight game where Kentucky could advance to one of the final rounds of the tournament and it would be Calipari’s 800th career win, which would be pretty special. 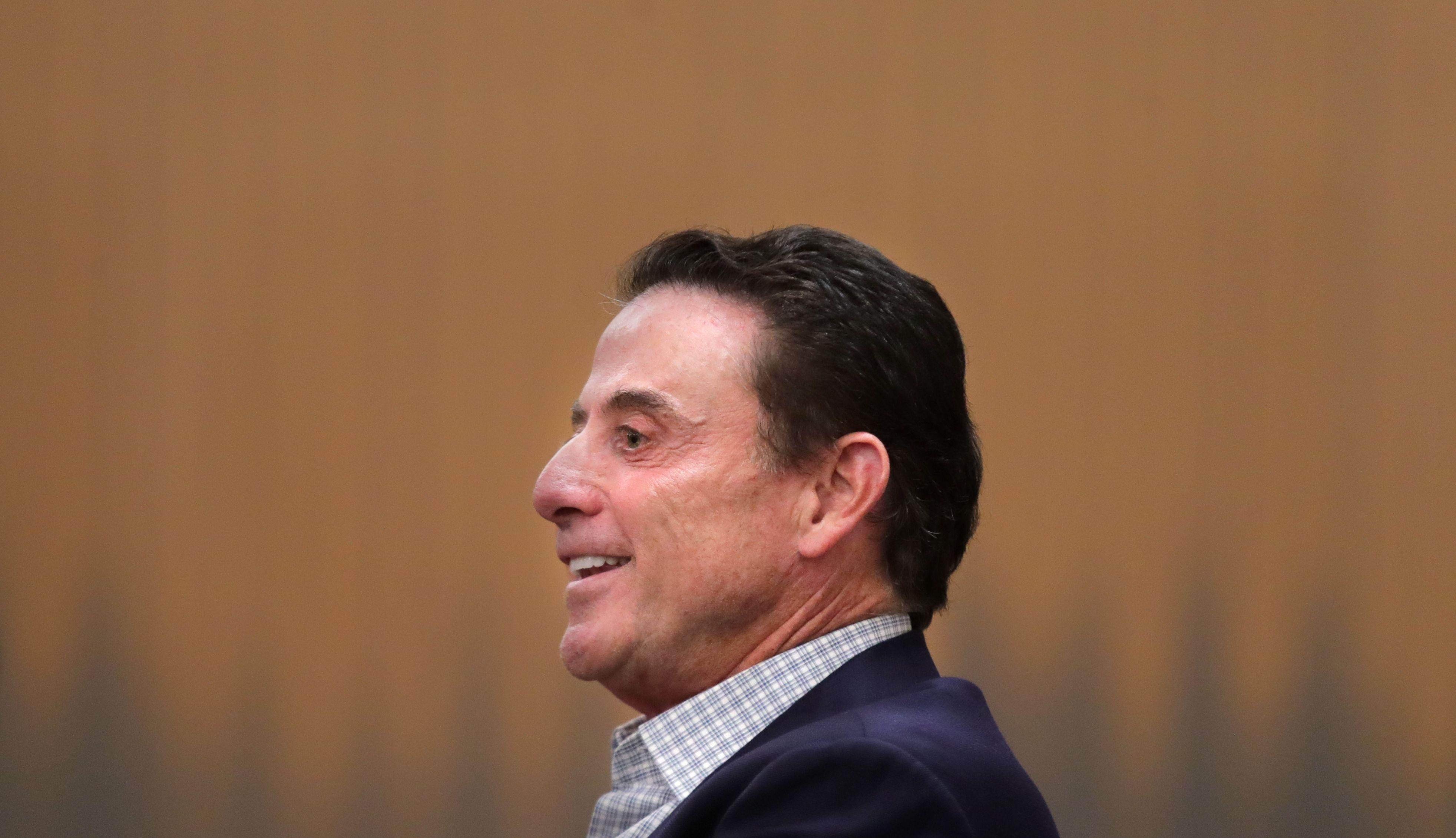 Pitino will coach his sixth Division I program this season as he enters his first season at Iona. The Gaels went 12-17 last season and their roster had six seniors in their rotation, so the team will experience a lot of turnover. In a season in which schools won’t play more than 27 regular-season games, it could be a tall task for any coach to win at least 30 games, let alone a first-year coach with a pretty green roster. A strong 2021 campaign for Iona, however, could set up Pitino to reach 800 wins in January or February of the 2021-22 season. 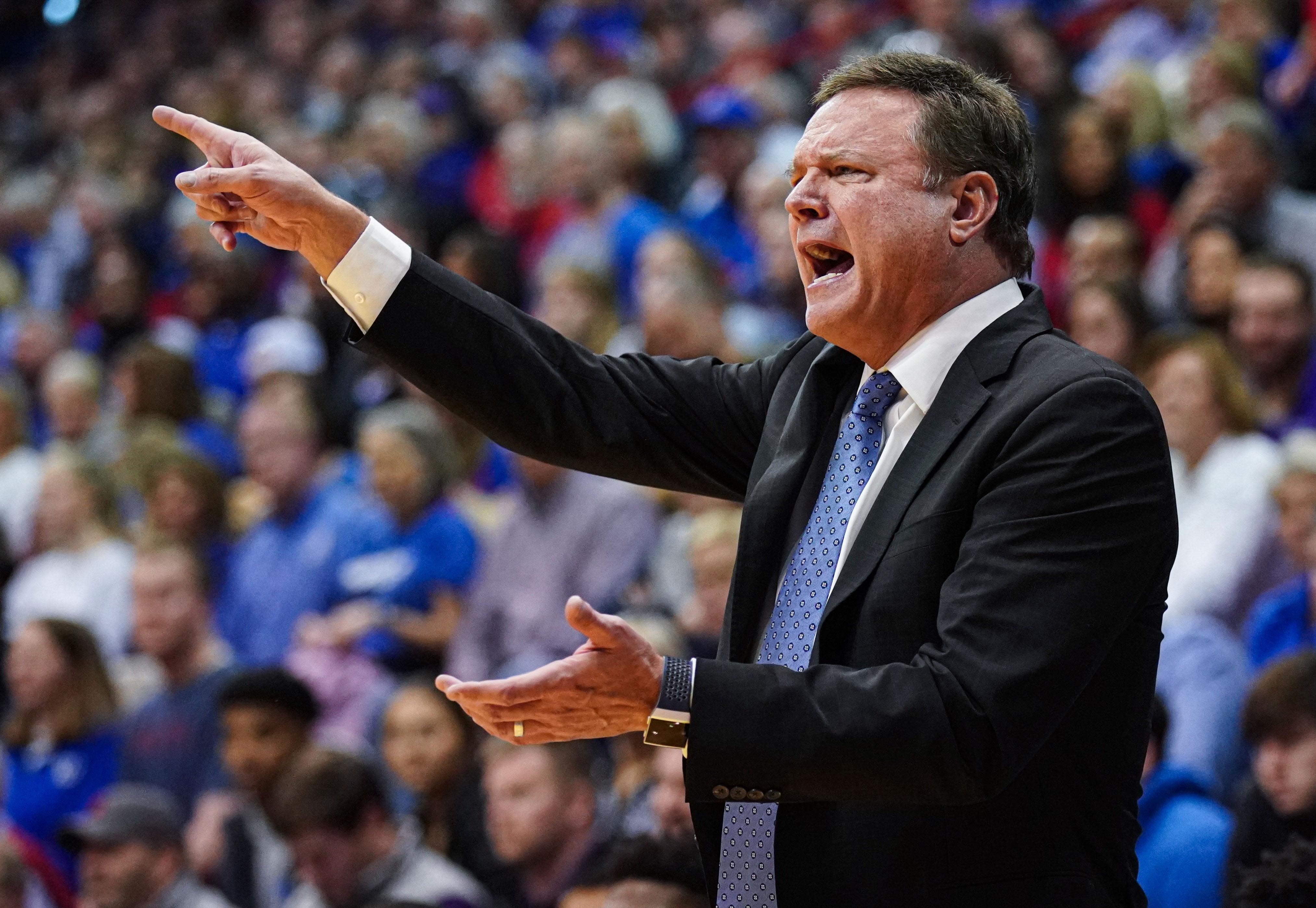 Similar to John Calipari and Kentucky, Self and Kansas could find themselves in a position entering the 2023 NCAA tournament, where an important tournament win could also be Self’s 800th. In 17 seasons in Lawrence, Kansas, Self’s Jayhawks teams have averaged 29.5 wins per season, and Kansas has won at least 30 games in nine of the 17 seasons, so he’s roughly three full seasons away from the milestone. 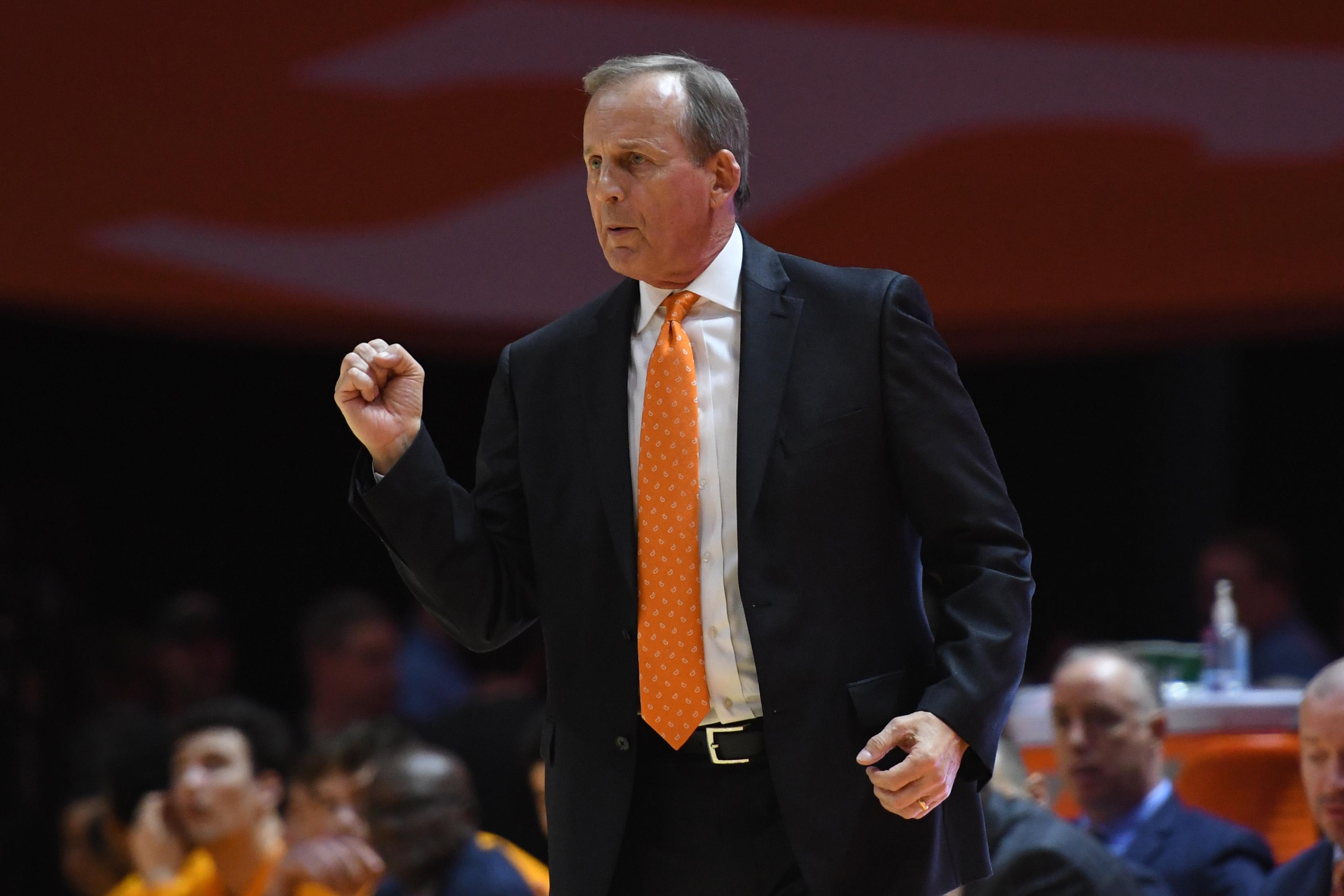 Tennessee enrolled a trio of talented freshmen — combo guard Jaden Springer, shooting guard Keon Johnson and power forward Corey Walker — who will mark an influx of high-level talent that the Volunteers had to replace after the loss of Grant Williams, Admiral Schofield, Jordan Bone, Jordan Bowden and Lamonte Turner in recent seasons.

In Barnes’ career, his teams have averaged 21.5 wins per season, which is roughly in line with the Volunteers’ average win total through five seasons with Barnes at the helm. At that rate, which once again, could be much higher than that average given Tennessee’s talent level, Barnes could reach 800 wins in four or five seasons. 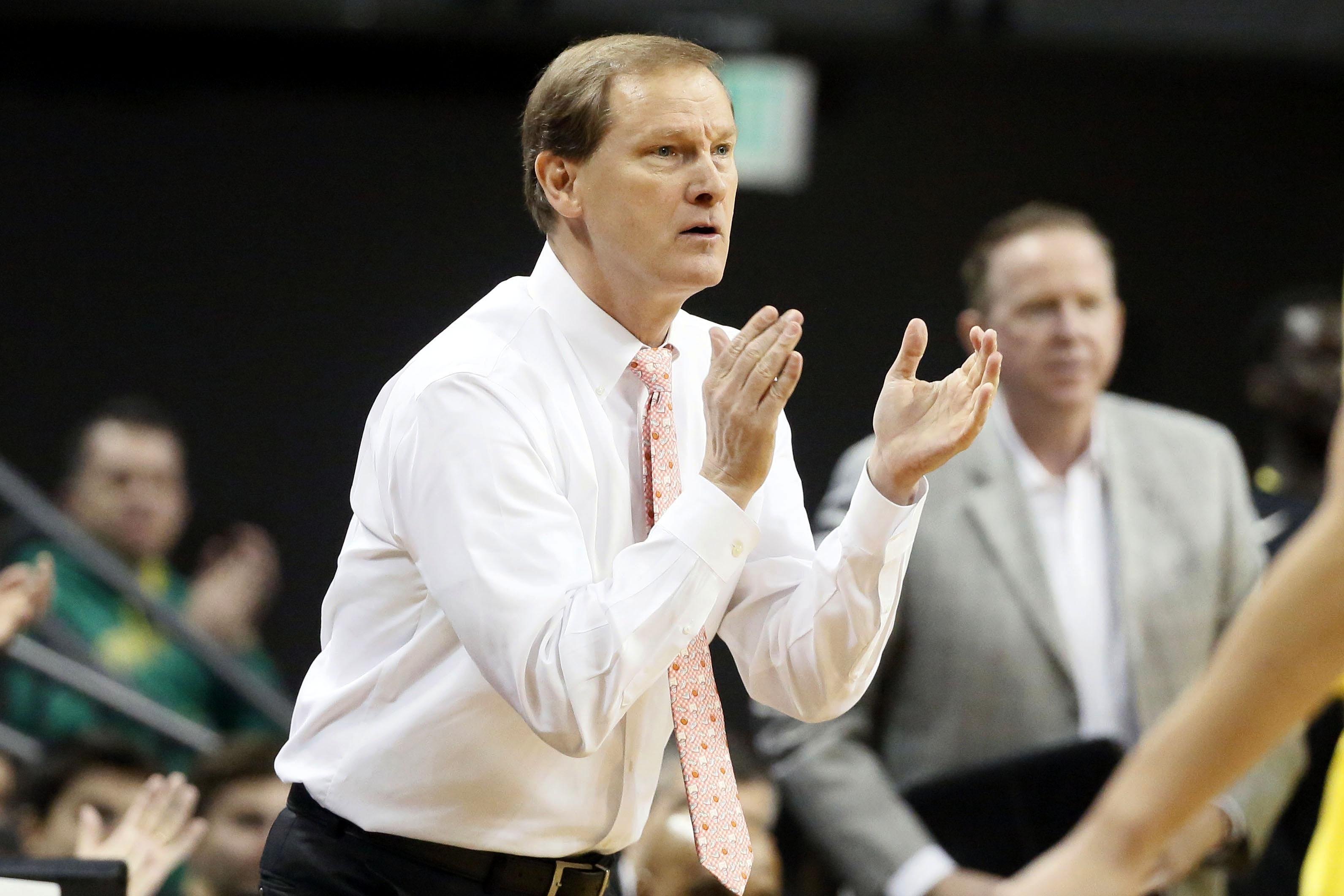 Dana Altman needs 131 wins to reach 800 career victories, and with a career average of 21.5 wins per season as a DI head coach, Altman is roughly six seasons away from reaching 800 wins, if Oregon maintains Altman’s career average. It’s fair to expect that he could reach the milestone sooner than that, however.

The Ducks have eclipsed 21 wins in each of the last nine seasons. In fact, the last time Oregon won 21 or fewer games was in the 2010-11 season — Altman’s first in Eugene — when the Ducks won exactly 21.

Altman could probably reach 800 wins in roughly five seasons, which would require 26.2 wins per season. In the last six seasons, Oregon has averaged 27 wins per season, with 33 wins in 2017, when the Ducks made the Final Four, and 31 victories the year before that.

During the offseason, Oregon experienced significant roster turnover at the top of its rotation, most notably losing senior point guard Payton Prichard, but the Ducks have generally enrolled talented freshman and showed a willingness to pursue talented transfers. Even if the 2020-21 season were to be a reloading season in Eugene, which there’s no reason the Ducks can’t be a top-25 caliber team again — don’t expect Oregon to fall off far or for long. 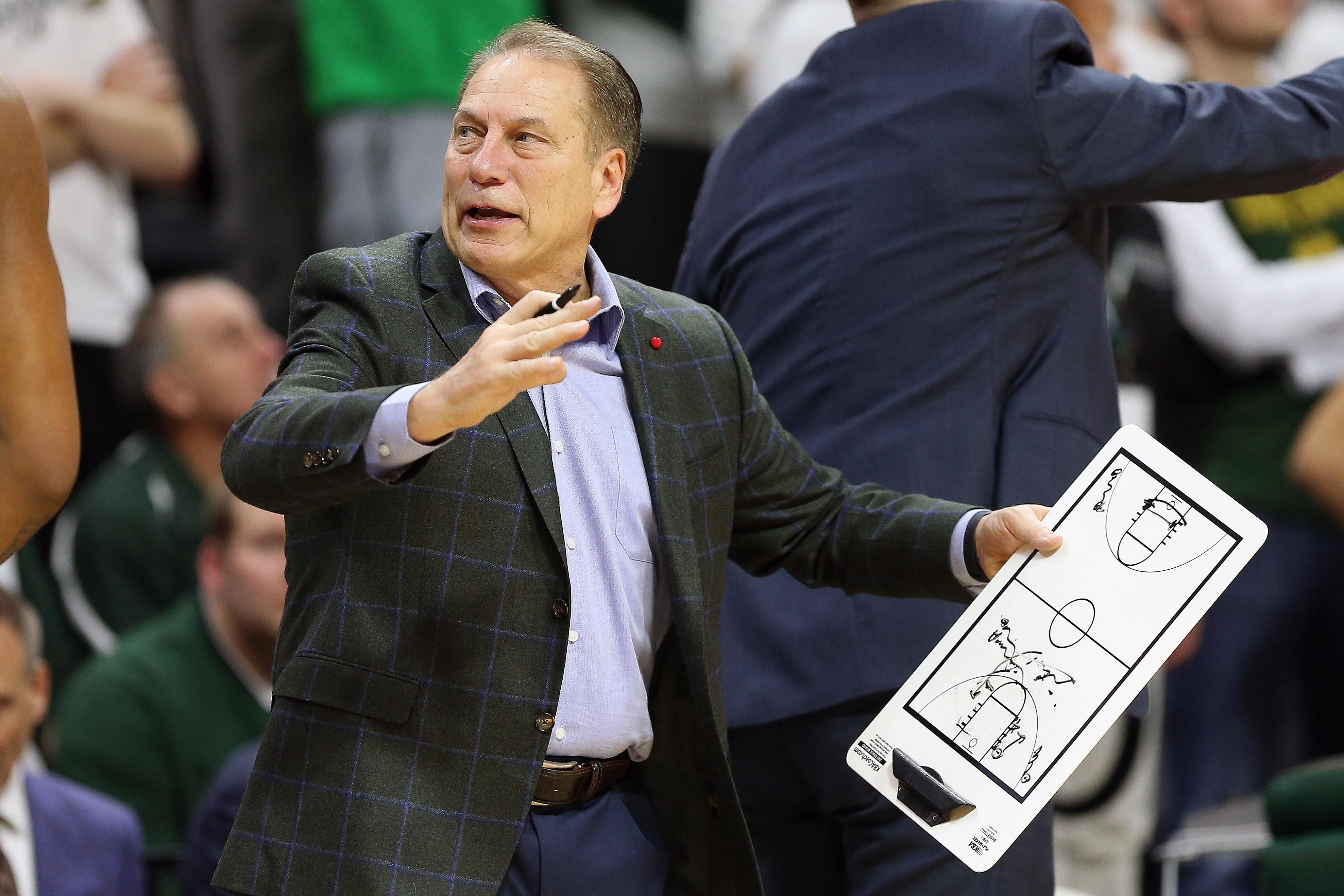 If Izzo reaches 800 career wins, he would go in a special class of the elite as one of the few coaches to win that many games at the same school, joining the likes of Syracuse’s Jim Boeheim, North Carolina’s Dean Smith and Kentucky’s Adolph Rupp. There could actually be an interesting race between Izzo, Gonzaga’s Mark Few, Villanova’s Jay Wright and Oklahoma’s Lon Kruger. Kruger is 30 wins ahead of Izzo all-time and Few is 29 wins behind Izzo. Wright is five wins behind Few.

At Michigan State, Izzo’s teams have averaged just more than 25 wins per season — call it between five and six more wins per season than Kruger’s teams. If those two coaches’ teams maintain those rates of winning, Izzo could catch, and pass, Kruger in five or six seasons. At a pace of 25 wins per season, Izzo would reach 800 wins in just less than seven seasons.

Izzo’s Spartans teams have had a higher ceiling than Kruger’s squads, with Michigan State posting five seasons with at least 30 wins, while Kruger has reached 30 wins just once, back in 2007.

Michigan State has made the last 22 NCAA tournaments under Izzo and he has a 52-21 record in the tournament — an average of more than two wins per tournament appearance. 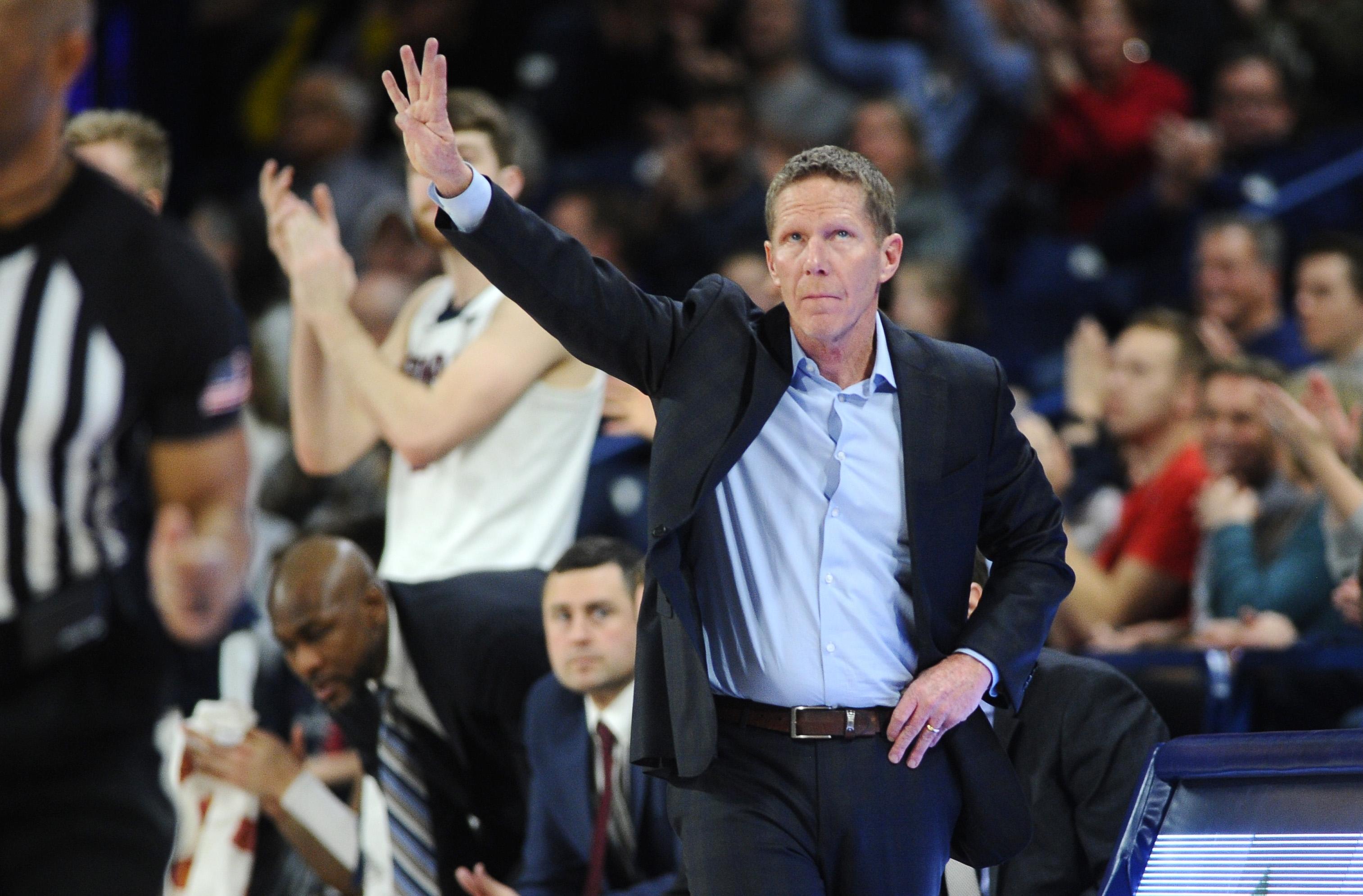 At Gonzaga, Few’s teams have averaged a ridiculous 28.5 wins per season, which would put him roughly seven seasons away from 800 career wins if the ‘Zags maintain that pace. However, it would likely take less time than that. Since the start of the 2012-13 season, Gonzaga has won at least 28 games in every season, including six seasons with at least 31 wins. You can typically pencil in Gonzaga to have single-digit losses (as they’ve had in 19 of Few’s 21 seasons as head coach) and you could count the number of losses the Bulldogs have had in any of the last five seasons on one hand.

If Gonzaga wins, say, 32 games per year on average, as the Bulldogs have averaged the last eight seasons, Few could reach 800 wins around December of the 2026-27 season. Few’s Gonzaga program has reached No. 1 in the AP Top 25 poll in three of the last four seasons, so he and his players have elevated the ‘Zags to among the nation’s elite and they’re the class of the West Coast Conference, allowing Few and Gonzaga to rack up wins at an incredible rate. 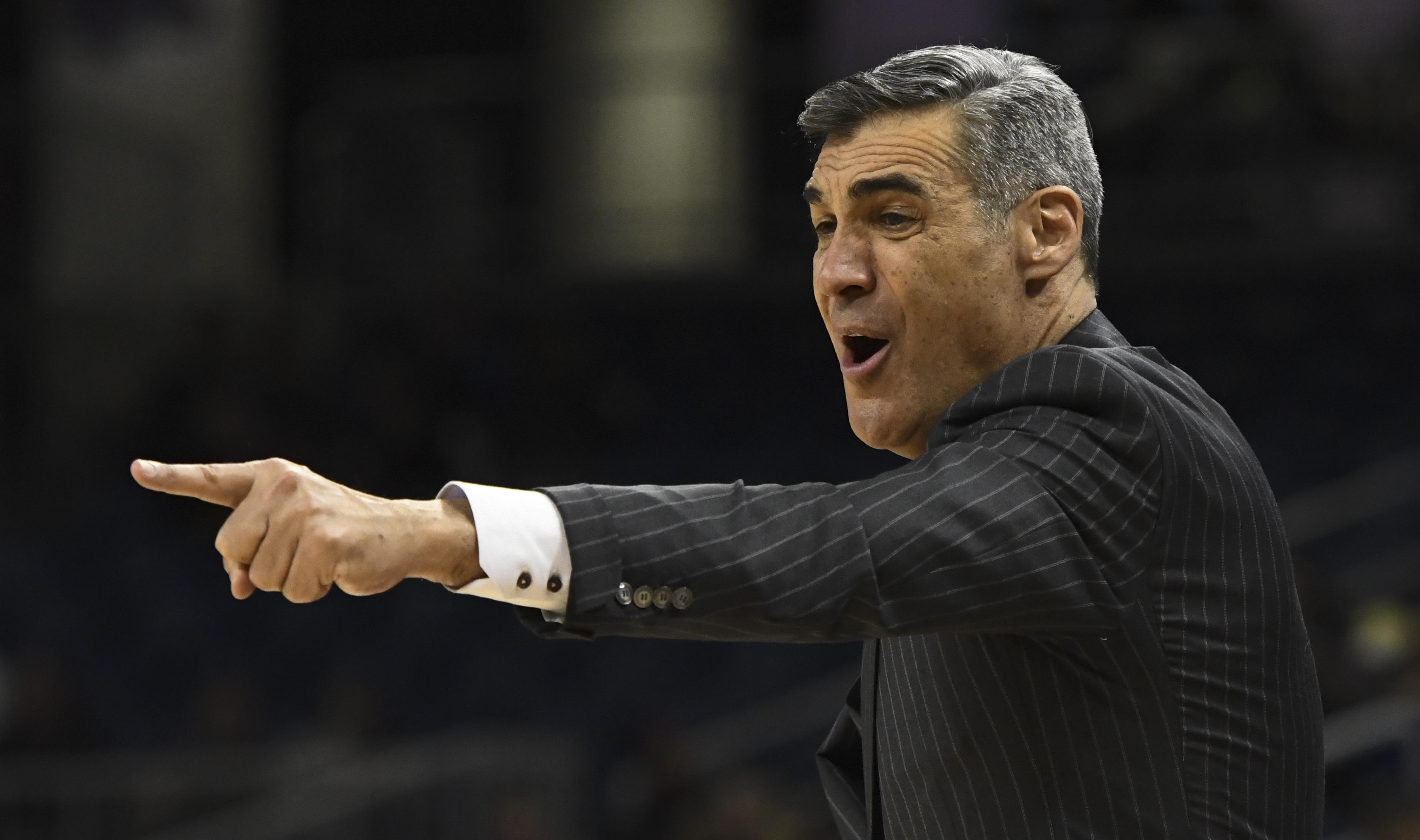 Villanova’s stretch from 2015 through 2018 was as impressive of a run as we’ve seen in the modern era of college basketball. The Wildcats won two national championships, averaged 34 wins per season and finished in the top six of the AP poll in each season, including three top-two finishes.

That’s a hard pace to maintain, but when Wright’s Wildcats are rolling, there are few, if any, programs this side of Gonzaga that can match their winning percentage.

Villanova has averaged 24.8 wins per season under Wright, but the program has reached a higher level in the last seven seasons, when the Wildcats have won 24 or more games every season and averaged nearly 31 wins per year. 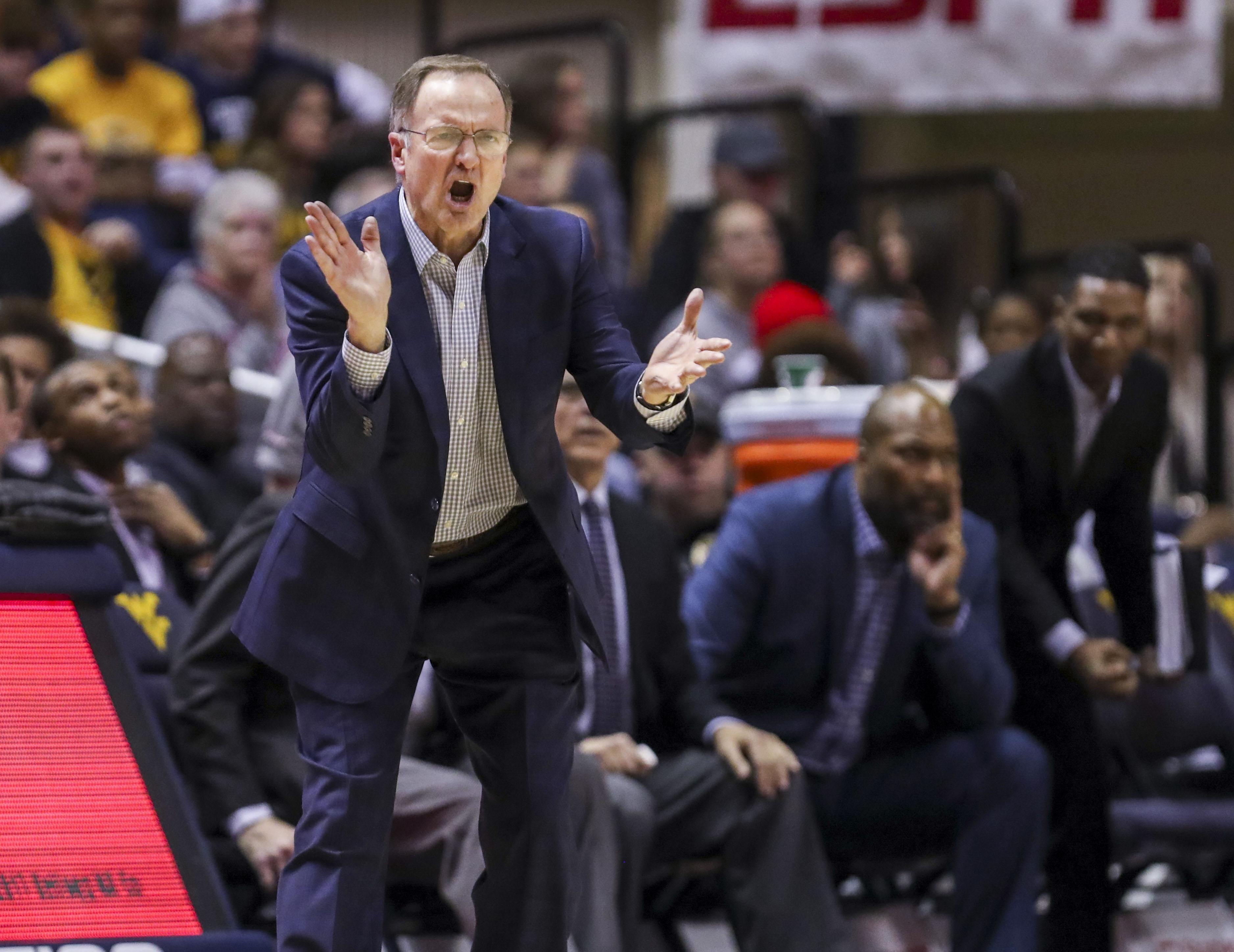 In Kruger’s 34 seasons as a Division I head coach, his teams have averaged 19.4 wins per season, which is in line with Oklahoma’s average win total under Kruger (19.9 wins). If the Sooners continue to average 20 wins per season, it would take Kruger 7.1 seasons to reach 800 career wins, which would likely put the best-case scenario at Kruger joining the club during the 2026-27 season if he continues to coach for that long.

We’ve seen Lon Kruger-coached teams perform much better than 20 wins per season — his UNLV teams averaged 25.4 wins per season from 2007 through 2011, and Oklahoma averaged a similar number from 2014 through 2016 — so if Oklahoma could sustain such a pace starting this season, Kruger could potentially reach 800 wins in February or March of 2026.