Leadership ties teams together and promotes success. I’ve identified nine dependable leaders, or ‘glue guys,’ for the 2019-20 season that will keep their teams closely knit and prepared for a possible March Madness run. Each are ranked in alphabetical order of conference.

James Wiseman said Lomax has been one of the top leaders so far in the preseason. That’s good enough for me to tab him as a key glue guy this season for the Tigers, who will need every bit of experience with a talented roster.

The Cardinals are the most experienced team in the ACC. Sutton is the versatile swing player who can compliment potential ACC player of the year Jordan Nwora. Sutton’s leadership will come in handy down the stretch.

Bob McKillop has loads of experience with Kellan Grady and Jon Axel Gudmundsson. But he has glowing things to say about Frampton’s ability to make shots and contribute. Frampton is going to be the unsung key player on a possible A-10 title team.

The Golden Eagles will need a tough rebounder/defender to compete for a top three finish in the Big East. They have all of that in John.

McGuirl won’t get the headlines like Xavier Sneed and Cartier Diarra, but he will be as important a piece in ensuring the Wildcats stay in the hunt for a top-five finish in the Big 12 with his ability to make shots.

Brad Underwood said he needs to make sure his team has the toughness needed to take the next step. Well, he’s got Feliz to make sure that happens. He’ll do the grinding work for the Illini this season.

Remy Martin is the star of this squad, but White is one of the more consistent and reliable players who will be the difference between an NIT and NCAA berth.

EXCITING PLAYERS: 21 most entertaining college basketball players to look for next season

Ashton Hagans will be the lead guard. Tyrese Maxey will be the star. But Quickley could be the glue on the perimeter, giving the Wildcats needed spot minutes.

Kispert is the favorite to win glue guy of the year award. He will be the one who gets the 50-50 balls more than most, play a variety of positions, never complain, make big shots and scrap for boards. If the Zags reach their potential this season then Kispert will likely be the reason they finish strong again. Yes, the Blue Devils will be among the favorites to advance to the Final Four in Atlanta and cut down the nets as national champions. But there’s a noticeable void as Duke prepares for its 40th season under head coach Mike Krzyzewski. It’s the post-Zion era in Durham. Last week, Andy Katz traveled to Illinois for the Big Ten men’s basketball media day, where he talked to a handful of players and coaches, and ranked the top 10 players in the conference. You can hear all of that on this week’s edition of March Madness 365. 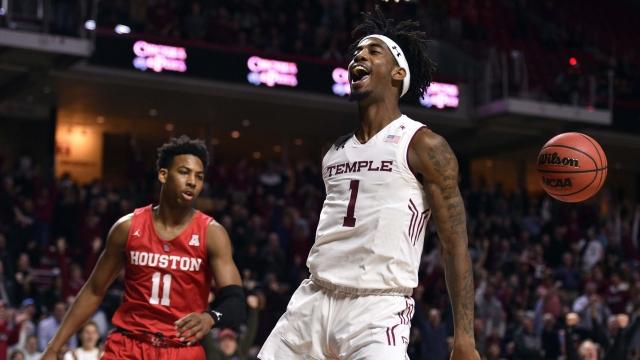 While these players don’t necessarily garner the national spotlight, they are integral to the success of their respective teams. Andy Katz gives us 11 players who need more love during the 2019-20 college basketball season.