Sam and Joey Hauser announced their intention to transfer from Marquette earlier this week, which is big news in the college basketball world.

The Golden Eagles may have been a top five team entering the 2019-20 season with the Hausers; that will no longer be the case. They’ll have to sit a year, but the program that gets these guys will welcome two high-level shooters with size. That’s an incredibly valuable combination in today’s hoops environment.

Here are five programs that would make great fits for the Hausers.

Neither is a lockdown defender, but they’re also not going to hurt you on that end. The Hausers are a perfect fit for Virginia’s offense: extremely skilled in the half court, lights-out shooters, and smart. But for as talented as these guys are, they’d probably be best utilized in a slower system. They aren’t the types who want to get up and down in transition all game long.

And Tony Bennett could get the most out of them defensively. Virginia generally has two or three guys who are disruptive defenders that would thrive in any system. The rest of the lineup is comprised of players who aren’t as athletically gifted, but are disciplined and lean into the scheme.

The Hausers fall into the latter category, but could really juice the Cavaliers’ offensive attack. This feels like the most likely destination as of now.

Wisconsin is kind of Virginia-lite, so it’s the same thinking here. The Badgers ranked 331st in pace in 2018-19 and shot a solid 36 percent from 3 as a team. Like Virginia, Wisconsin always spits out a better overall defense than you’d think based on its individual parts. The Hausers would hold their own on that end.

WHAT IS MARCH MADNESS: The NCAA tournament explained

He’s not the athlete Sam Dekker was, but that’s a tempting comparison for Sam Hauser. Hauser actually had a better college junior season than Dekker in just about every metric. At its best, Wisconsin loves loading up on tall, skilled wings. It’s lacked that a bit in recent years, but the Hausers are a perfect fit for Greg Gard’s system.

And of course, it could feed into the Marquette-Wisconsin rivalry. This makes sense on a basketball level, but is also one heck of a potential story line.

We just saw what Ignas Brazdeikis, a similar player to the Hausers, was able to do in John Beilein’s system. Michigan (somewhat unexpectedly) lost Brazdeikis to the NBA Draft, and the brothers will have to sit a year. But these guys would thrive in Ann Arbor.

Beilein values spacing and shooting as much as any coach on offense, and that’s what the Hausers provide. He also values basketball IQ. The Wolverines turned it over on just 13.9 percent of their possessions in 2018-19, the fifth-lowest mark in the country. The Hausers are good passers who consistently make sound decisions. They could be for Michigan in 2020-21 what Brazdeikis and Charles Matthews were in 2018-19. 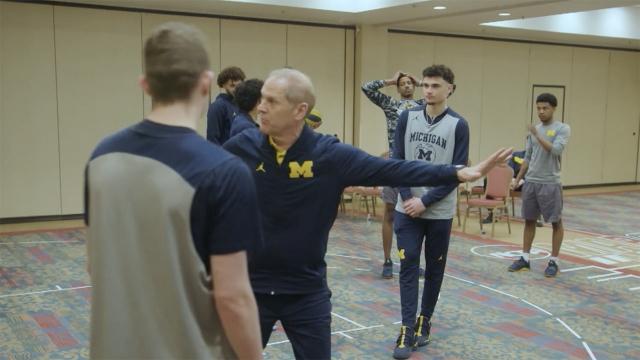 Matthews’ athleticism is better than the Hausers’, but they probably have a higher of an offensive ceiling than Brazdeikis and Matthews based on their nuclear shooting ability. This would be a joy to watch.

Gonzaga was an offensive machine this past year, despite bowing out to Texas Tech in the NCAA tournament. The Bulldogs play a little faster than the other teams on this list, but we’re not talking about North Carolina here.

Brandon Clarke and Rui Hachimura were Gonzaga’s best players this year, but don’t overlook the impact of Zach Norvell and Corey Kispert. The Hausers are similar to those guys, but are bigger. And we know what type of success the Bulldogs have had with transfers over the years. Clarke, Nigel Williams-Goss and Johnathan Williams immediately come to mind. 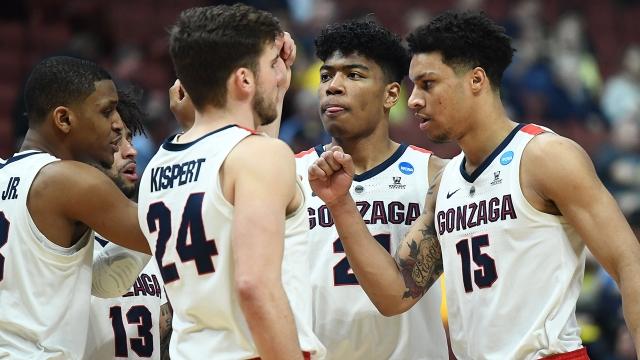 Gonzaga had the best offense in the country in 2018-19, but did most of its damage inside of the 3-point line. It led the country in 2-point percentage. That’s outstanding, but the Hausers could eventually add another dimension to this perennially scary offense.

Notre Dame is kind of off the radar right now after a down year, but the Fighting Irish have been one of the most consistent programs in America over the past decade. And Mike Brey would be an excellent coach for the Hausers.

He’s had several players who fit the big, skilled wing mold in the past who have excelled: V.J. Beachem, Steve Vasturia and Pat Connaughton come to mind. It’s a place where Notre Dame was lacking this season.

At its best, Notre Dame has one of the top half court offenses in the country consisting of a dynamic point guard, a rim-running big, and three wings who can shoot and handle. The Hausers could man two of those three spots. Keep an eye on South Bend as a sneaky transfer destination.