Vanderbilt won the most recent championship, defeating Michigan in the deciding Game 3 of the 2019 CWS Finals.

Here’s information about the 2021 NCAA Division I baseball tournament, including the College World Series bracket.

NCAA Division I baseball tournament: How it works

It took a while to get to the format that takes place today. From the 1947 field of eight to the current field of 64, the bracket has gone through several upheavals in its day. The current 64-team bracket began in 1999 with the addition of the super regions and took one more step forward by making the College World Series finals a best-of-three series in 2003.

Of the 64-team field, 31 receive automatic qualifying bids for winning their conferences, while the NCAA Division I Baseball Committee selects the final 33 teams. Sixteen of those teams receive a national seed and could host the Super Regional tournament should they advance.

Then the fun begins.

Regionals: The first round of play has 64 teams split into 16 four-team brackets, seeded No. 1 through 4 and playing a double-elimination tournament.

Super Regionals: The 16 teams that advance from the regionals are paired into eight super regions. The teams will play a best-of-three series to see who advances to Omaha.

College World Series: The eight winners of the Super Regional tournaments head to TD Ameritrade Park in Omaha, Nebraska. Each of the eight teams is given a seed and split into two four-team brackets. The two winners of each bracket square off in a best-of-three College World Series finals.

For a detailed look at how the College World Series works, click here.

California defeated Yale in the first-ever College World Series, the first of two played in Kalamazoo, Michigan. Texas put itself on the map as the first back-to-back champions in winning the only CWS ever played in Wichita, Kansas in 1949. The following season Texas won its second championship, opening Rosenblatt Stadium in Omaha.

Here’s a complete list of all the College World Series finals in the 73-year history of the event.

The scariest lineups in college baseball, so far in 2021

Here’s a look at seven lineups that that have been on fire this college baseball season and hope to continue it all the way to Omaha. 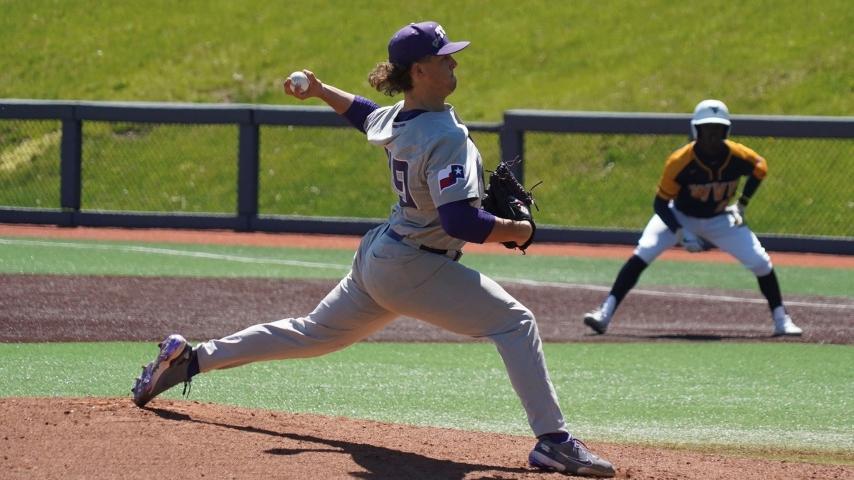 See the latest rankings in college baseball as Arkansas continues to hold on to the No. 1 spot.

College baseball: Strong pitching leads No. 14 Florida to series-clinching victory over No. 2 Vanderbilt

The Florida Gators rallied to claim games two and three to become just the second team to secure a series victory against Vanderbilt this season.