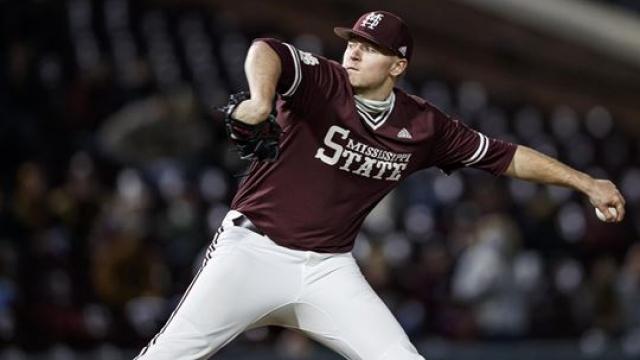 Mississippi State, seeking its third straight trip to Omaha and fifth straight super regional, is a heavy favorite in a home regional against three mid-majors, but VCU is riding a 21-game winning streak, and Campbell had a strong enough season in the Big South to earn an at-large bid. Samford is also a dangerous No. 4 seed with power in the lineup.

Most Exciting Player: We’re not sure if Campbell shortstop Zach Neto has earned his scholarship quite yet. He ranks eighth in the nation in slugging percentage (.752) and ninth in batting average (.416). He has 30 extra-base hits – including 10 homers – and he has started games at five different positions, including pitcher. On the mound, he is 4-0 with a 3.43 ERA in 11 appearances, including one start. Opponents are hitting just .200 against him, including no homers. That’s all.

Best Hitter: Right fielder Tanner Allen has been locked in all year, leading Mississippi State in batting average (.384), RBIs (54), on-base percentage (.455) and slugging (.611). Allen doesn’t get cheated at the plate. Of the balls he has put in play, including outs, one-third of them have had an exit velocity of at least 95 mph.

Best Defensive Player: It’s the Mississippi State “law firm” of Tanner and Tanner. Catcher Logan Tanner, who will start every MSU game in this regional barring injury, is a master at stealing strikes, and few runners try to steal on him. He has cut down 10-of-33 on the bases. Meanwhile, the aforementioned Tanner Allen has zero errors in right field and has thrown out three runners at third base and two at home plate.

Best Pitcher: Mississippi State closer Landon Sims is 3-0 with a 1.45 ERA and eight saves in 18 appearances. Sims also has an overwhelming 74 strikeouts and just 13 walks in 37.1 innings. His 92-95 velocity has elite riding life that makes it very difficult to hit, particularly when paired with his devastating 83-86 mph slider.

X-Factor: It will be a post-COVID world at “Stark Vegas”, where crowds will be allowed to capacity, which is 15,000-plus. Starkville can be intimidating for any opponent, but the X-Factor will be how these three mid-major teams – VCU, Campbell and Samford — will cope with the rabid fans in Starkville, especially against an SEC power such as Mississippi State, which is 25-8 at home this year. Then again, VCU went 3-1 this year against Power Five teams, and the Rams will arrive extremely confident.

Samford, which lost 10-2 at Mississippi State on March 16, beat Auburn, 6-1, on May 12. Overall, Samford went 1-9 against Power Five teams, although three of those losses were by a couple of runs, including a 10-9 defeat to Florida, which needed a walk-off single in the ninth.

Campbell went 0-3 against Power Five programs this year, but the Camels averaged 5.3 runs in those games against NC State, Duke and North Carolina.

Best Starting Rotation: Mississippi State’s Will Bednar (6-1, 3.23 ERA) is a possible first-round pick next month. MSU also has Christian MacLeod (5-4, 3.60 ERA), who has made a team-high 15 starts. No other team in this regional can match that firepower at the top of their rotation.

WHAT TO KNOW: 1 thing about each team in the 2021 DI baseball tournament field

Best Bullpen: Sims, who gets 66 percent of his outs on strikeouts, is a nuclear weapon at the back of a deep Mississippi State bullpen. How deep? The Bulldogs have used an incredible 23 different pitchers in relief this year. Parker Stinnett (1-0, 1.65 ERA) has held opponents to a .091 batting average.