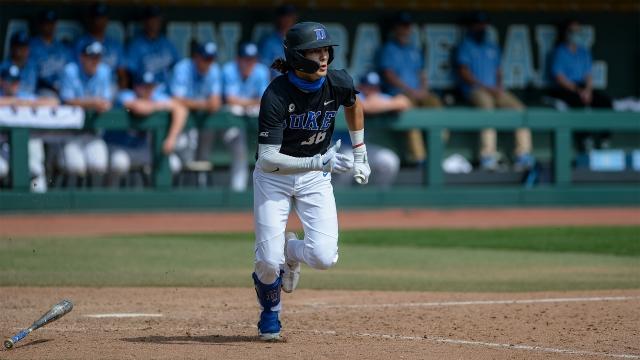 A dynamic athlete who’s showing speed and surprising pop this season, Furguson (.262/.381/.475, 11 HR, 15 SB) can impact the game in a variety of ways. His best tool is his double-plus speed, which is evident on the bases and in the dirt.

One of the top second base prospects in the draft class, Tyler Black (.374/.495/638, 10 HR) has a sound approach at the plate complete with strike zone awareness and a penchant for barreling the baseball.

The Atlantic Sun Defensive Player of the Year, Locklear can really flash the leather. He moves well to either side with fluid, athletic movements and has an advanced internal clock. Tennessee shortstop Liam Spence gets an honorable mention here.

A transfer from Maine, the 6-foot lefty emerged as not only the top arm on the roster, he took home ASUN Pitcher of the Year honors after leading the conference in wins (11), finishing second in ERA (1.98) and third in strikeouts (83)

Is it a copout to pick an entire team as an X-Factor? Perhaps. But the Blue Devils enter the tournament as one of the hotter teams in the field, winning 14-of-16 games over the last month. Gelling at the right time and the corresponding momentum makes them a wildcard team that’s difficult to handicap.

The Flames have the second-best fielding percentage in the country (.984) trailing only Notre Dame (.985).

The Vols are indeed one of the best teams in the country and earned the #3 national seed, but the committee didn’t do them any favors with this draw.