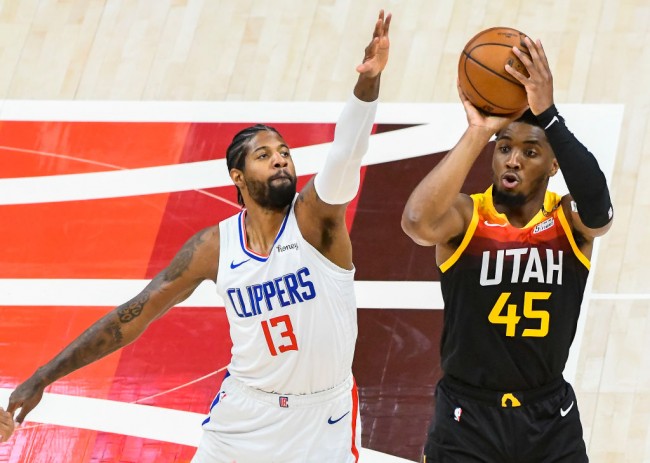 The Utah Jazz will head to Los Angeles with momentum on their side after beating the Clippers 117-111 in Game 2 of their Western Conference semifinal showdown Thursday night.

Donovan Mitchell scored 37 points for the Jazz, who now hold a commanding 2-0 lead in the best-of-seven series.

The Jazz have been unstoppable since Donovan Mitchell returned to their starting lineup in Game 2 of their first-round series with the Memphis Grizzlies. They have won six consecutive games with Mitchell at the helm, including their latest victory Thursday against the LA Clippers.

Mitchell has been on fire, averaging 32.7 points during this stretch. Only Kobe Bryant in 2008 (34.3 ppg) and LeBron James in 2017 (34.2) have higher scoring averages than Mitchell while winning their first six games of a postseason.

He has been toying with the Clippers in this series, averaging 41.0 points on 52.5% shooting from the field through the first two games. Mitchell has stepped up big time in the absence of Mike Conley, who has been sidelined with a hamstring injury. He was tremendous in the first half of Game 2, scoring 27 of his game-high 37 points during this period as the Jazz opened up a 66-53 advantage at the break.

Don’t count out the Clippers

There’s no quit in the Clippers, though. As they have shown in their last series against the Mavericks, the Clippers can mount comebacks from huge double-digit deficits.

After the Jazz stretched their lead to 21 points at the start of the third quarter, Tyronn Lue decided to employ a zone defense to derail Utah’s free-flowing offense.

That plan surely worked as the Clippers slowly chipped away at Utah’s lead. They went on a blistering 46-23 run to take a shocking 101-99 lead as the Jazz struggled to find their offensive rhythm. According to Second Spectrum, Utah shot just 29 percent from the field on the 18 possessions they faced a zone defense in Game 2.

What makes this Jazz team tough to beat is their depth. It wasn’t Mitchell who carried the Jazz home in Game 2 but Utah’s supporting cast. Joe Ingles was sensational down the stretch, both as a scorer and facilitator for the Jazz.

The Australian drove for a difficult scoop shot that he banked high off the glass to tie the score at 101. He then dished out two key assists to Royce O’Neale and Rudy Gobert before burying the dagger three that all but sealed the Clippers’ fate in this game.

This series is far from over, though. The Jazz may be 2-0 up, but they protected their home court. It’s now the Clippers’ turn to have that advantage in Games 3 and 4. One guy who needs to step up for the Clippers as the series shifts to LA is Kawhi Leonard.

Much is expected from the former Finals MVP, who delivered an exceptional showing against the Mavericks in the opening round of the playoffs, a series in which the Clips also erased a 0-2 deficit. However, he has struggled thus far against the Jazz, averaging just 22 points through the first two games of this series.