For the second time in Robert Morris coach Andrew Toole’s tenure, the Colonials are going dancing.

Here’s everything you need to know about the Colonials.

Robert Morris and St. Francis (PA) tied for second in the NEC with a 13-5 regular season record, with DI newcomer Merrimack winning the conference but unable to compete in the postseason, and after the two schools split their regular season series, the Colonials punched their ticket to the NCAA tournament with a 10-point win in the tournament championship.

During conference play, RMU finished No. 2 in defensive efficiency and No. 3 in offensive efficiency, according to kenpom.com. Robert Morris has the second-highest assist rate in the country with 64.5 percent of its baskets coming off an assist and the Colonials shoot 36.1 percent from three, which ranks in the top 50 nationally.

An unselfish team that can knock down outside shots is one to keep an eye on in the first round of the NCAA tournament. Freshman guard AJ Braham, 6-7, is the team’s leading scorer and rebounder at 13.4 points and 8.2 rebounds per game, while senior Josh Williams is averaging 12.8 points per game.

This is a balanced team in terms of roles with three players who have a usage rate between 21 and 23.5 percent, and three more with a usage rate between 17.9 and 19.9. Reserve Sayveon McEwen actually leads the team in usage rate at 24.6 percent, meaning roughly one in four possessions ends in a McEwen made shot, a missed shot that’s rebounded by the opponent or a turnover when he’s on the floor.

Other than Robert Morris’ NEC tournament championship win, the game that might resonate most with fans nationally is a four-point road loss at Marquette in November, when the Colonials held the country’s leading scorer, Markus Howard, to 11 points on just 2-of-6 shooting. 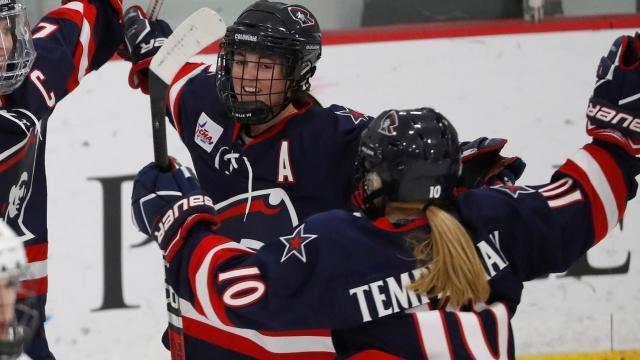 With the goal of receiving more feedback from student-athletes, the Division I Football Oversight Committee Student-Athlete Connection Group was formed and will hold its first teleconference call on Sunday.