The coach on the sideline for Northern Kentucky changed in the offseason but the program’s results didn’t. Veteran coach Darrin Horn replaced John Brannen and in Horn’s first season with the Norse, he led them to the Horizon League’s auto bid, something Brannen did twice in his final three seasons at the school.

No. 2 seed Northern Kentucky defeated No. 4 seed Illinois-Chicago 71-62 on Tuesday behind 50 percent shooting from the field and four double-figure scorers.

Here’s everything you need to know about Northern Kentucky.

Northern Kentucky is one of the best teams in the country at 3-point defense, which is an especially useful skill in the first season of the 3-point line being extended. Opponents are shooting just 29.6 percent against the Norse, which ranks 18th nationally. They also rank in the top 40 nationally in steal percentage and in the top 100 in opponent 2-point percentage, while making 52.4 percent of their twos on offense.

Similarly, Northern Kentucky is one of the most unselfish teams in the country, assisting on 45.3 percent of its made shots (26th nationally), while forcing opponents into one-on-one, isolation basketball. The Norse’s opponents’ assist rate is just 34.1 percent, which ranks 72nd nationally.

Seniors Dantez Walton (16.5 ppg) and Tyler Sharpe (15.1 ppg) are the team’s leading scorers on a team that ranks in the top 100 nationally in minutes continuity.

The Norse’s 3-point shooting could be a concern at just 30.6 percent on the season, as is their defensive rebounding (31.9 opponent offensive rebounding rate allowed), but the team’s slow tempo (305th nationally) could keep them competitive in the NCAA tournament if they can continue to make a high percentage of their twos. 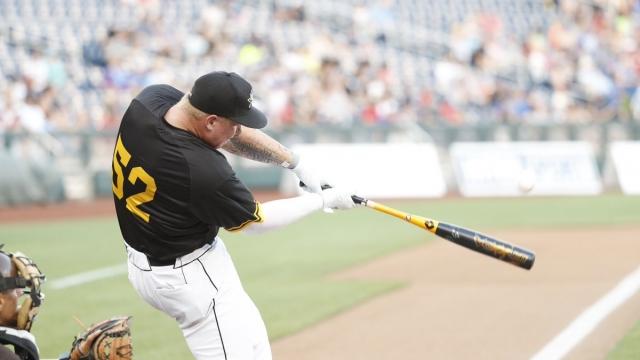 Northern Kentucky’s Griffin Doersching slugs his way past Ole Miss’ Tyler Keenan to win the 2019 College Home Run Derby. Here’s everything you need to know about the event.

Here’s a look at the programs that have won multiple DII women’s basketball championships. 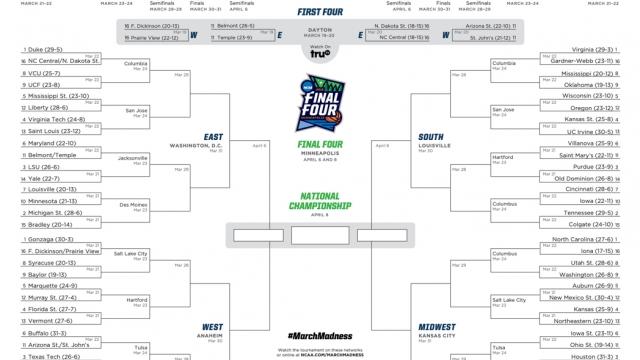 Here is a direct link to the Texas Tech vs. Northern Kentucky NCAA tournament game livestream, where you can watch every moment of the March Madness first-round game.