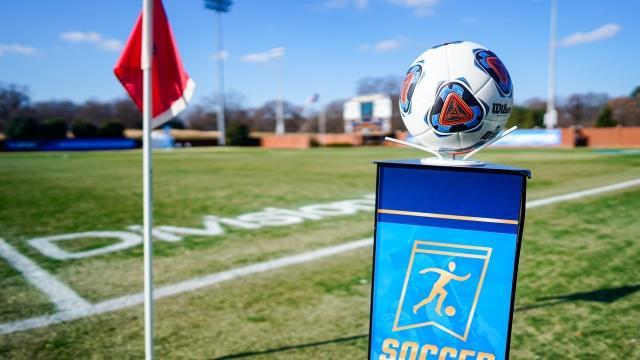 Twenty-nine conferences were granted automatic bids for the 2020 championship, while the remaining 19 teams were selected at-large. The entire tournament will be held in Cary, North Carolina and the surrounding areas. Games will be held on campus at Campbell, East Carolina and the University of North Carolina Wilmington, in addition to Bryan Park (Greensboro), J. Burt Gillette Athletic Complex (Wilson), Sportsplex (Mathews) and WakeMed Soccer Park (Cary).

The No. 1 overall seed is Florida State, the automatic qualifier out of the Atlantic Coast Conference with an 11-0 record, while North Carolina was the No. 2 seed after finishing the regular season with a 15-1 record and its only blemish coming at the hands of the top-seeded Seminoles.  UCLA was awarded the No. 3 seed after winning the Pac-12 Conference crown and posting a 12-1-2. TCU rounded out the top four seeds with an 11-1-1 record and the Big 12 Conference automatic bid.

The Atlantic Coast Conference, Pacific-12 Conference and the Southeastern Conference led all conferences with five teams in the tournament. The Big Ten followed with four representatives in this year’s tournament.

First round action will be played April 27-28, while the second rounds will be held April 30-May 1. The third round will be May 5, with the quarterfinals on May 9.

This will mark the first time the College Cup will feature the Division I men’s and women’s soccer national champions being crowned on the same weekend. The women’s semifinals will be held May 13 with the men’s semifinals following on May 14. The championship games will be played May 17 at Sahlen’s Stadium at WakeMed Soccer Park in Cary.