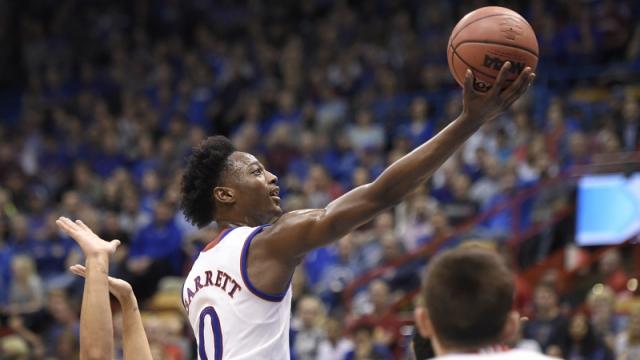 The college basketball season will look a little bit different in 2020-21 compared to past years.

The start of the season was delayed and many early season games were played on a neutral court, and the location of some multi-team events (MTEs) has been adjusted.

Here are the important dates to know about the 2020-21 men’s and women’s basketball season. All are subject to change and we’ll update this article as more dates and schedules are announced.

The NCAA announced that it is relocating the preliminary NCAA tournament sites to one location and that NCAA staff is in preliminary talks with the state of Indiana and the city of Indianapolis. Indianapolis was previously scheduled to host the Final Four.

The men’s basketball Maui Invitational will be held in Asheville, North Carolina, due to the COVID-19 pandemic. The event starts Nov. 30 and ends Dec. 2. Teams in the field are: Alabama, Davidson, Indiana, North Carolina, Providence, Stanford, Texas and UNLV.

The Big 12 women’s basketball conference will open on Dec. 2 starting with Iowa State at TCU on Dec 2, 2020.

Men’s basketball conference play in the Southeastern Conference will begin Dec. 29-30. The SEC’s plan is to have 20 possible play dates for an 18-game schedule and two open dates.

The Mountain West’s 18-game league slate will kick off on Tuesday, Dec. 29. Every school will play nine home games and nine road games.

The Southeastern Conference for its women’s basketball tournament is scheduled for Dec. 31, 2020. The conference schedule will still be 18-play dates that will fit a 16-league schedule.

The Mountain West will also start on Dec. 31, 2020 to compete in an 18-game league schedule, including nine home games and nine away games.

The first conference games in the West Coast Conference, which is home to potential preseason No. 1 Gonzaga, tip off on Thursday, Dec. 31. BYU and Pepperdine are matched up on the first day of the conference season, as are San Diego and San Francisco.

Jan. 11, 2021 — NCAA announces March Madness will be held in Indianapolis

The NCAA announced that it will stage the entire 2021 men’s basketball championship in Indiana, with the majority of the tournament’s 67 games taking place in Indianapolis.

The NCAA Division I Men’s Basketball Championship will tip off with a quartet of First Four games Thursday, March 18, setting a stage for a March Madness unlike any other in the 82 years of the event.

San Antonio and the surrounding region will play host to the 2021 NCAA Division I Women’s Basketball Championship.

Saturday, Feb. 6, will mark the first meeting of one of the greatest rivalries in the sport as North Carolina goes to Cameron Indoor Stadium to face Duke.

On Saturday, Feb. 13, the NCAA Division I Men’s Basketball Committee announced its top 16 teams, which featured Gonzaga, Baylor, Michigan and Ohio State as No. 1 seeds, which reflected the games played through Feb. 12.

On Monday, Feb. 15, the NCAA Division I Women’s Basketball Committee will announce its top 16 teams.

The 68th ACC tournament is scheduled to tip off on Tuesday, March 9, 2021 at Capital One Arena in Washington, D.C.

The 2021 men’s NCAA tournament bracket will be revealed on Selection Sunday, which is March 14, 2021.

The 2021 women’s NCAA tournament bracket will be revealed on Selection Monday, March 15.

The First Four begins, marking the first games of the 2021 men’s NCAA tournament. Here is the complete March Madness 2021 schedule, which is contingent upon the finalized relocation plans for the preliminary sites in the tournament.