The 2019 NCAA DII baseball tournament begins with regionals on Thursday, May 16. Here is where you can find the bracket, schedule, and live scoring updates for the 56-team field.

Eight regions will be broken down into 16 double-elimination tournaments. The winners of each bracket will move onto the Super Regionals with a chance to head to USA Baseball National Training Complex in Cary, North Carolina for the DII baseball championship finals.

Defending champion Augustana (SD) returns to the field as a No. 1 seed in the Central Region. It begins its quest to become the first repeat champion since Tampa in 2006 and 2007 against Oklahoma Baptist.

PLAYERS TO WATCH: The 7 players could be game changers in the tournament

Augustana begins its quest to repeat in hopes of being the first DII baseball program to do so since the Tampa Spartans. Those same Spartans are looking to win their eighth title and inch one national championship closer to Florida Southern, who has the most with nine.

HISTORY: These programs have the most titles in DII baseball

The complete history of the DII baseball championship is listed below.

#Participation vacated by the NCAA Committee on Infractions

The 2019 DII baseball tournament field of 56 is set. Let’s take a look at what we saw in the bracket release.

Here’s a list of the 23 automatic bids to the 2019 DII baseball championship. 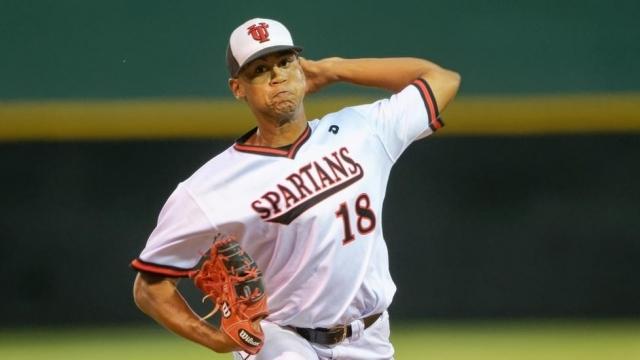