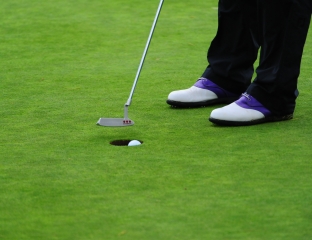 The top five teams and the top individual not on those teams from each of the six regional sites – Austin, Texas; Baton Rouge, Louisiana; College Grove, Tennessee; Sammamish, Washington; Stanford, California and West Lafayette, Indiana have advanced to compete at the finals which will be held May 26-31 at Rich Harvest Farms in Sugar Grove, Illinois.  The championships are being hosted by Northern Illinois University.

The teams and individuals advancing to the 2017 championships finals are listed below:

Hosted by University of Texas at Austin

Hosted by University of Washington

Finals play consists of three days of stroke play on Friday, May 26 through Sunday, May 28 (54 holes), after which the top 15 teams and nine individuals not on an advancing team will be determined. That is followed by a final day of 18 holes of stroke play on Monday, May 29 to determine the top eight teams that will advance to match play as well as the 72-hole individual champion. The team national champion will be determined by a match-play format that will consist of quarterfinals and semifinals conducted on Tuesday, May 30, followed by finals on Wednesday, May 31.