Wyoming won its first NCAA national championship in 1943. The Cowboys won the eight-team tournament, capping its championship run with a 46-34 win over Georgetown. Ken Sailors was named Most Outstanding Player after scoring 16 points against the Hoyas in the title game. Sailors is also known for being a pioneer of the modern jump shot.

DePaul and Texas also participated in the national semifinals in 1943.

Texas’ John Hargis was the tournament’s leading scorer with 59 points. 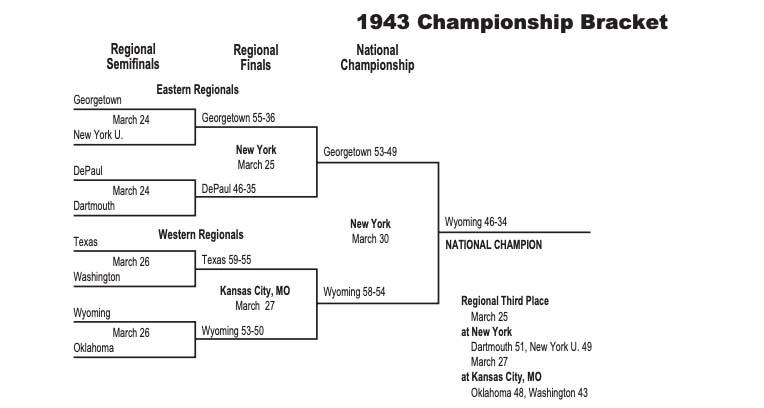 Here are the 1943 NCAA tournament leaders (number of games in parentheses):

Here’s a look into the 1953 NCAA tournament, including the bracket and scores.

Here’s a look at the 1954 NCAA tournament, which was won by La Salle. Get the bracket, scores and more here.

College basketball’s 13 most prolific scorers of the modern era

Here are the most prolific scorers in the modern era of college basketball.