It has been just over a week since Baylor was crowned the champion of the NCAA Division I men’s basketball tournament, but attention has already turned to the 2021-22 season.

On the latest March Madness 365 podcast, Andy Katz ranks the top 10 winners so far this offseason, based on which players returned from the portal to their previous school, which schools added a talented player or two from the portal and which players elected to return to school rather than declare for the NBA draft. The segment begins at the 13:49 mark below. 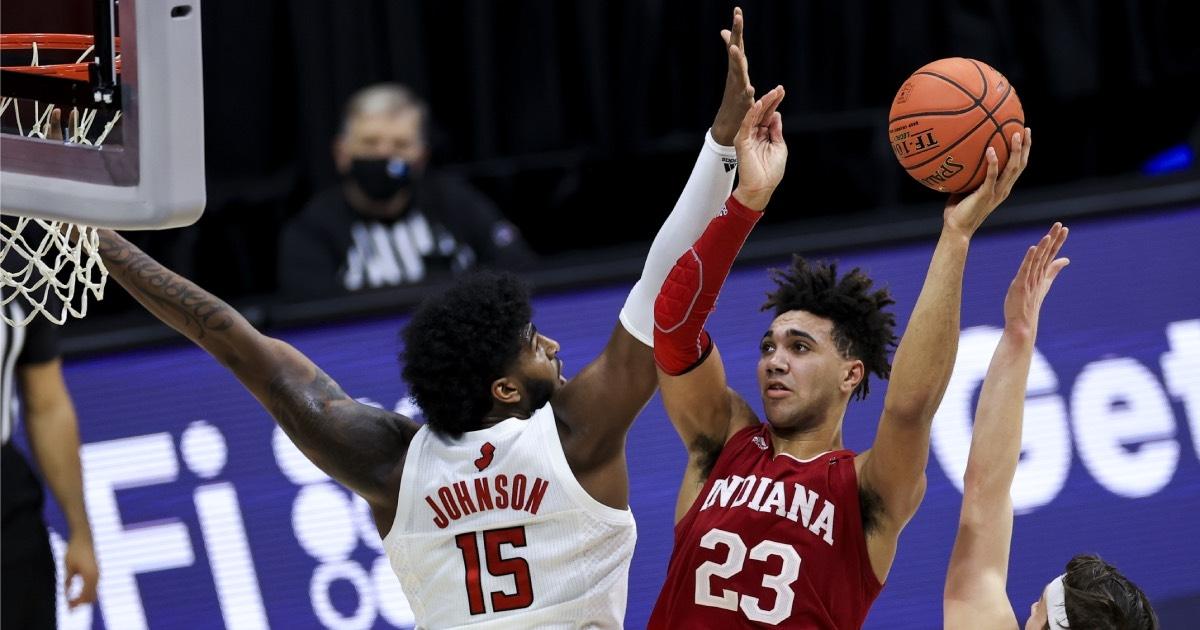 The Hoosiers will get another season from their leading scorer and rebounder, rising junior Trayce Jackson-Davis. He averaged 19.1 points and 9.0 rebounds per game as a sophomore, while ranking in the top 10 nationally in fouls drawn per 40 minutes at 7.2. New Indiana coach Mike Woodson has said the next step for Jackson-Davis will be to develop his right hand and add a consistent 15-to-17-foot jumper. 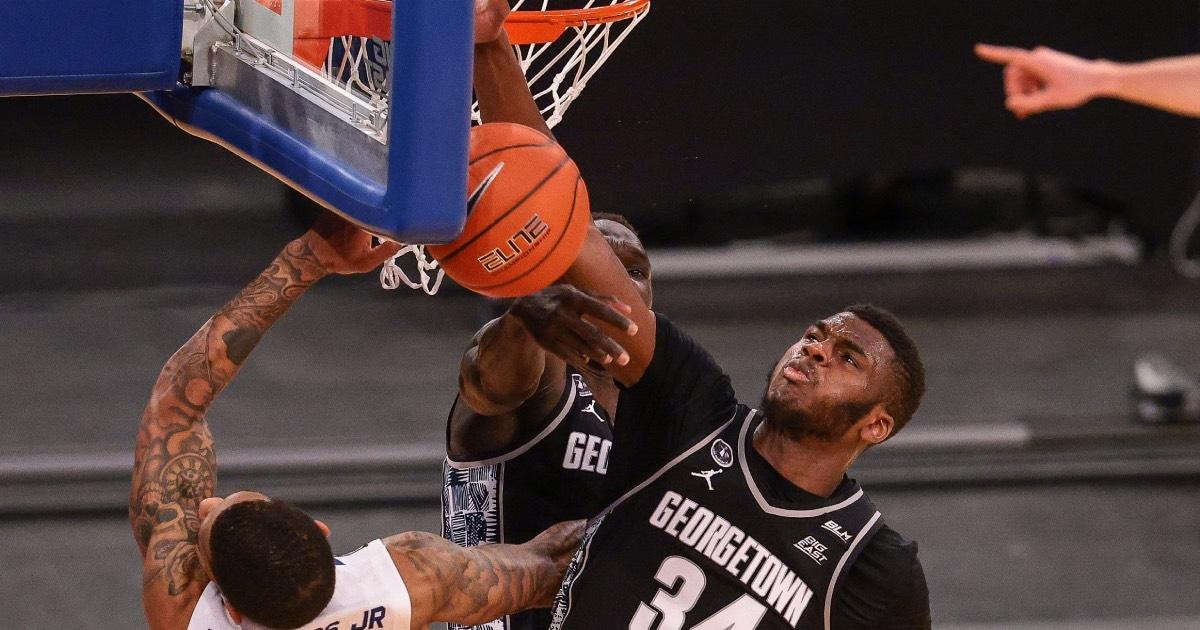 As a sophomore, Wahab started 25 of 26 games for the Hoyas, which won the Big East tournament, and he posted eight double-doubles on the season, including Georgetown’s first-round NCAA tournament game against Colorado and in the Big East championship against Creighton. 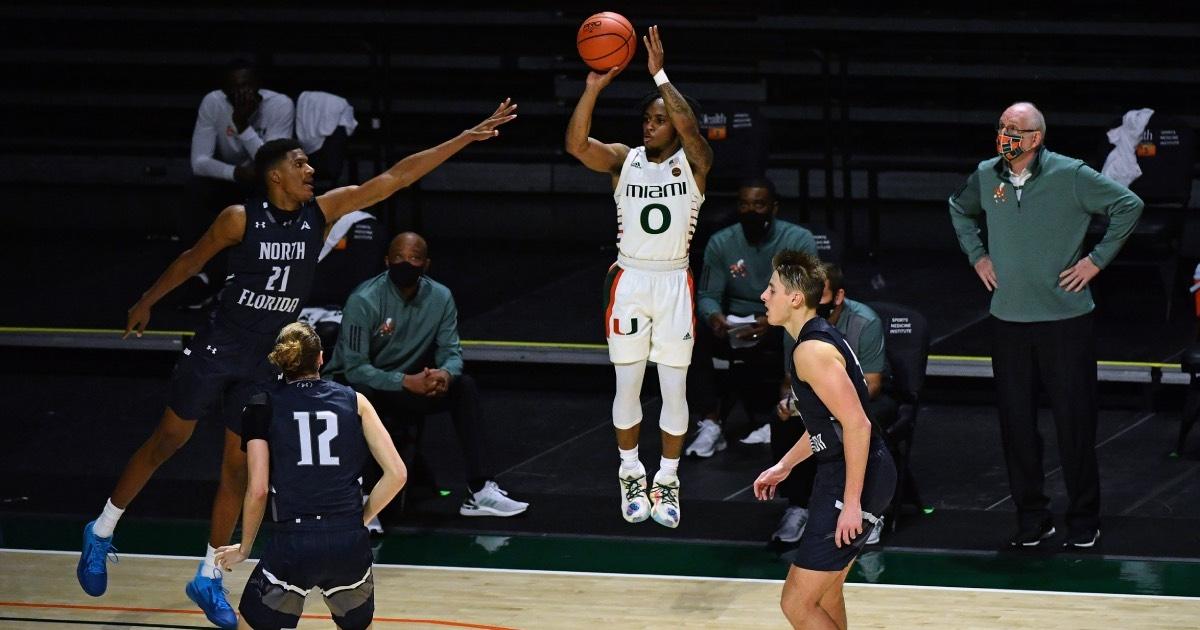 Three of Arkansas’ primary starters last season were transfers and the Razorbacks made the Elite Eight. They’ll have another talented transfer in the fold next season, as Chris Lykes transferred to Arkansas from Miami. Lykes played just two games last season after suffering an injury, but he averaged more than 15 points per game as a sophomore and junior for the Hurricanes. 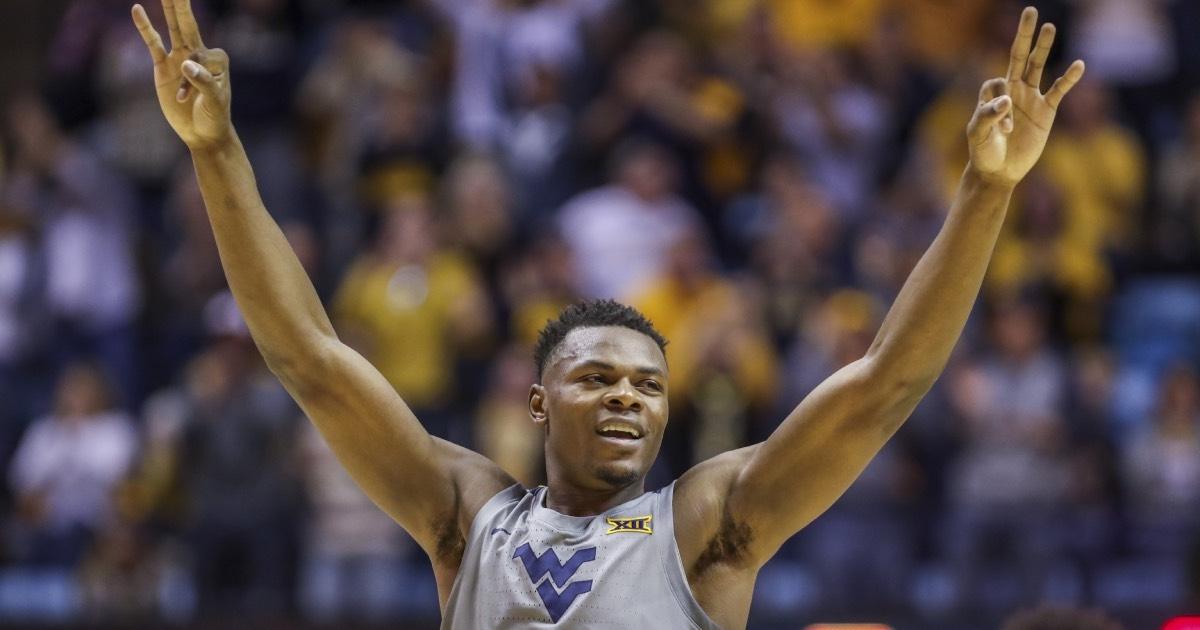 After going 9-16 last season, Kentucky added Oscar Tshiebwe of West Virginia and Kellan Grady from Davidson. Tshiebwe averaged 11.2 points and 9.3 rebounds per game as a freshman and he played 10 games for the Mountaineers last season. Grady averaged at least 17 points per game in all four seasons with Davidson, while shooting 36 percent from three for his career and almost 55 percent from two.

Both players could make an immediate impact for Kentucky, which shot just 33.6 percent from three and 45.5 percent from two last season, and which struggled on the defensive glass. 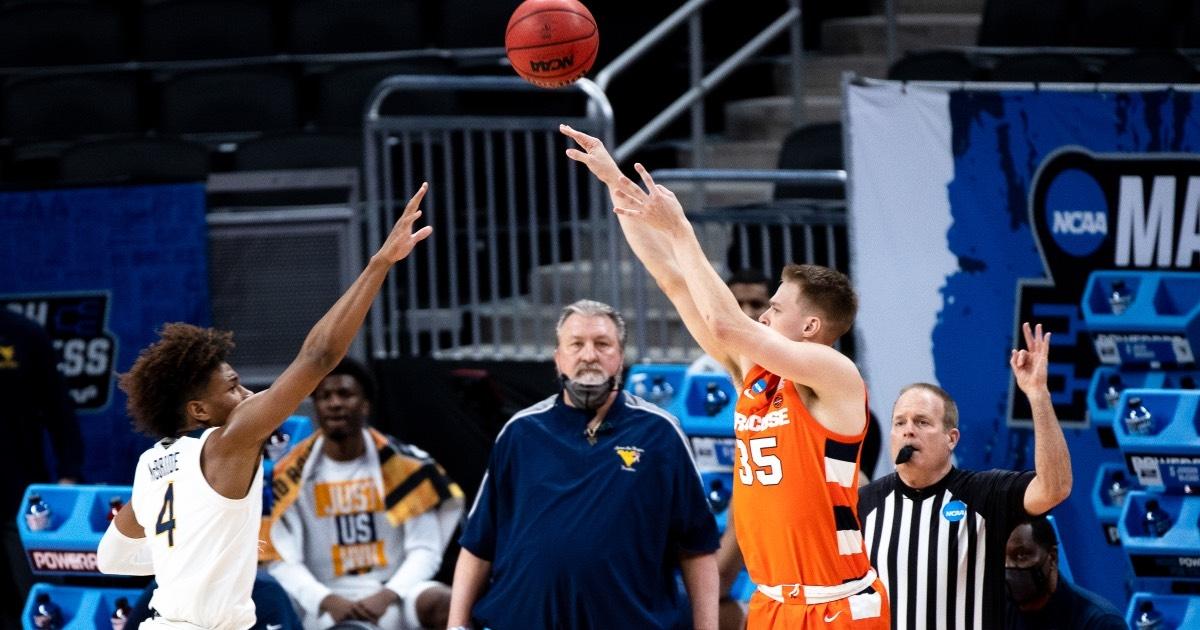 Syracuse is coming off of a Sweet 16 run as a No. 11 seed and the Orange will get another season from Buddy Boeheim, who played like an All-America candidate down the stretch, and ‘Cuse will also add Cole Swider from Villanova.

Boeheim, Jim’s son, averaged 17.8 points as a junior, while making 38 percent of his eight 3-point attempts per game. He scored in double figures in his final 12 games of the season, including back-to-back 30-point games in the ACC tournament and NCAA tournament.

Swider is a career 35-percent 3-point shooter at 6-9, making him a potentially good fit for Syracuse. 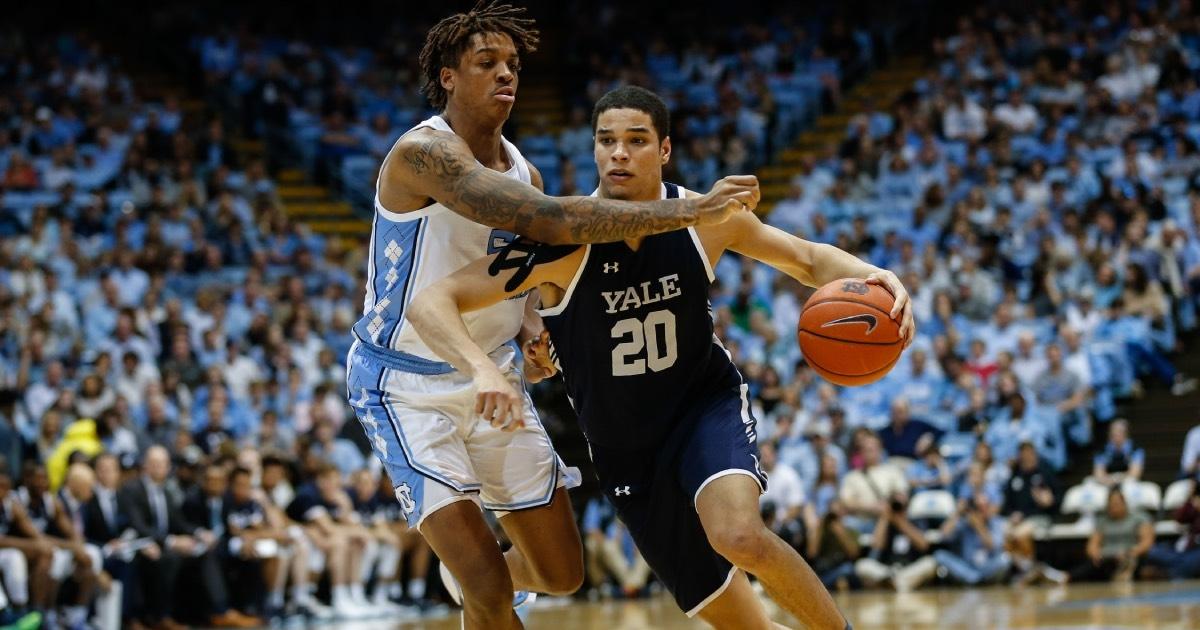 While the Ivy League didn’t compete in basketball during the 2021 season, Notre Dame added Yale’s leading scorer during the 2020 season, Paul Atkinson. Atkinson, a 6-10 forward, averaged 17.6 points and 7.3 rebounds per game, while posting a 119.6 offensive rating, which ranked in the top 100 nationally. Yale was projected to earn a No. 12 seed in the 2020 NCAA Tournament, according to Bracket Matrix. 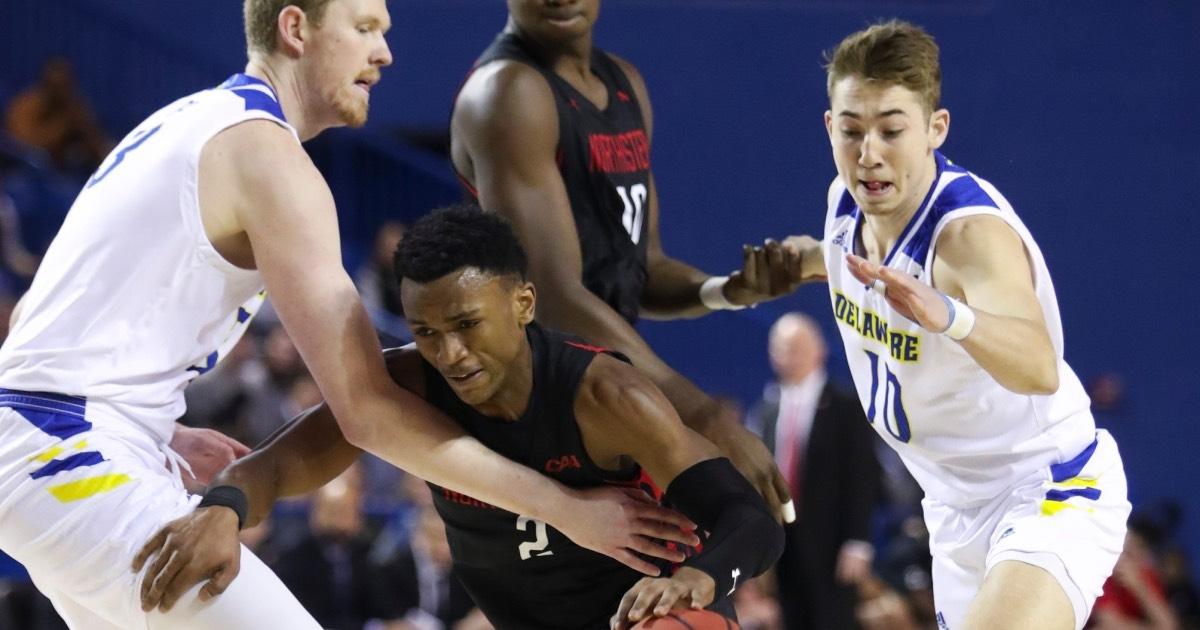 Michigan State will add Tyson Walker from Northeastern, who was the team’s leading scorer last season at 18.8 points per game, while shooting 35.4 percent from three and 50.9 percent from two. He did so while carrying one of the largest offensive roles in the country, as he posted a usage rate of 31.2 percent, which means he used almost one out of every three possessions (meaning he made a shot, missed a shot that was rebounded by the defense or turned the ball over). 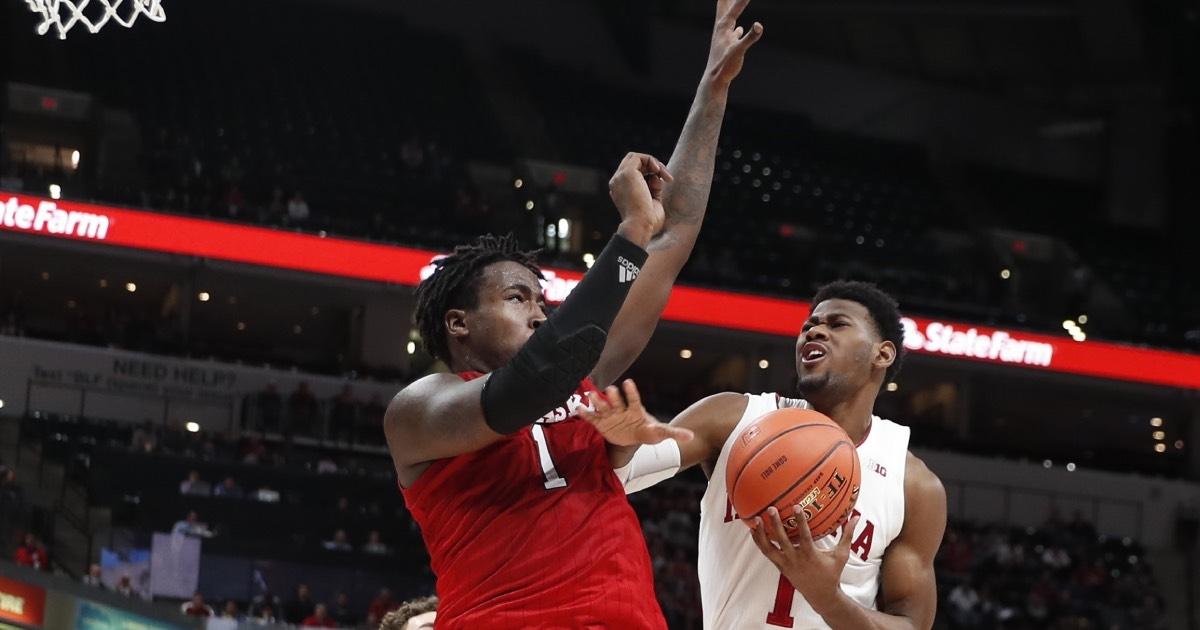 Providence added Indiana’s Al Durham, who was a 1,000-point scorer in Bloomington. Durham averaged a career-high 11.3 points per game as a senior and he made 38 percent of his threes as a junior and senior. 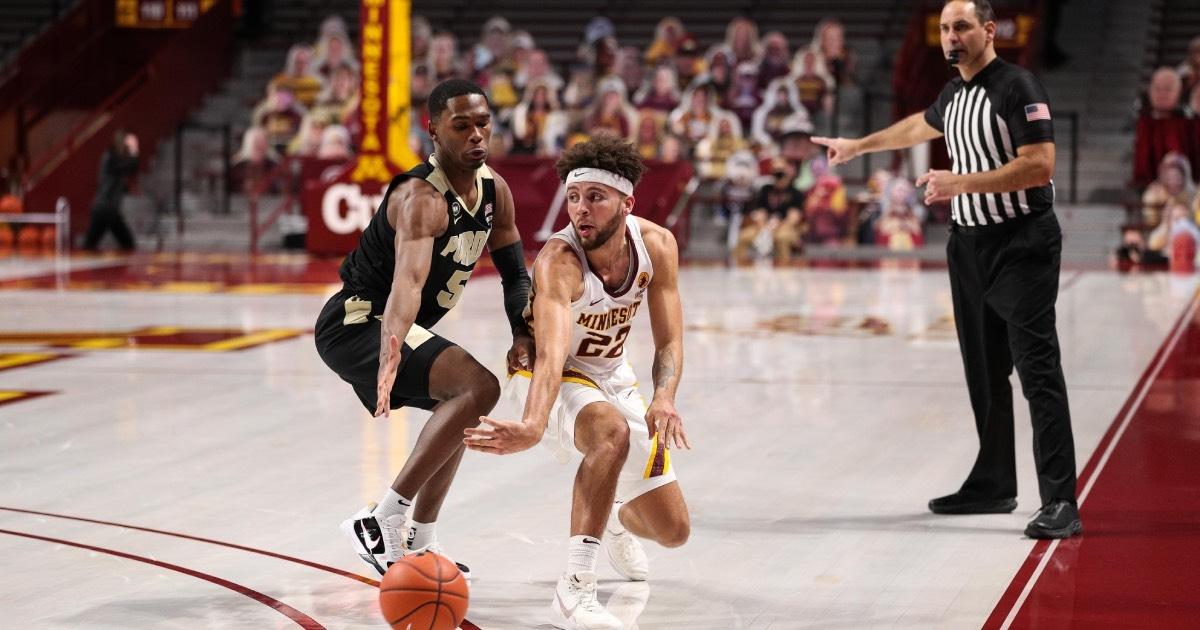 Iowa State added Gabe Kalscheur from Minnesota, where he was the Gophers’ third-leading scorer last season at 9.2 points per game. He averaged double figures as a freshman and sophomore, and he has shown he can be a dangerous 3-pointer shooter. He made 41 percent of his 5.2 3-point attempts per game as a freshman. 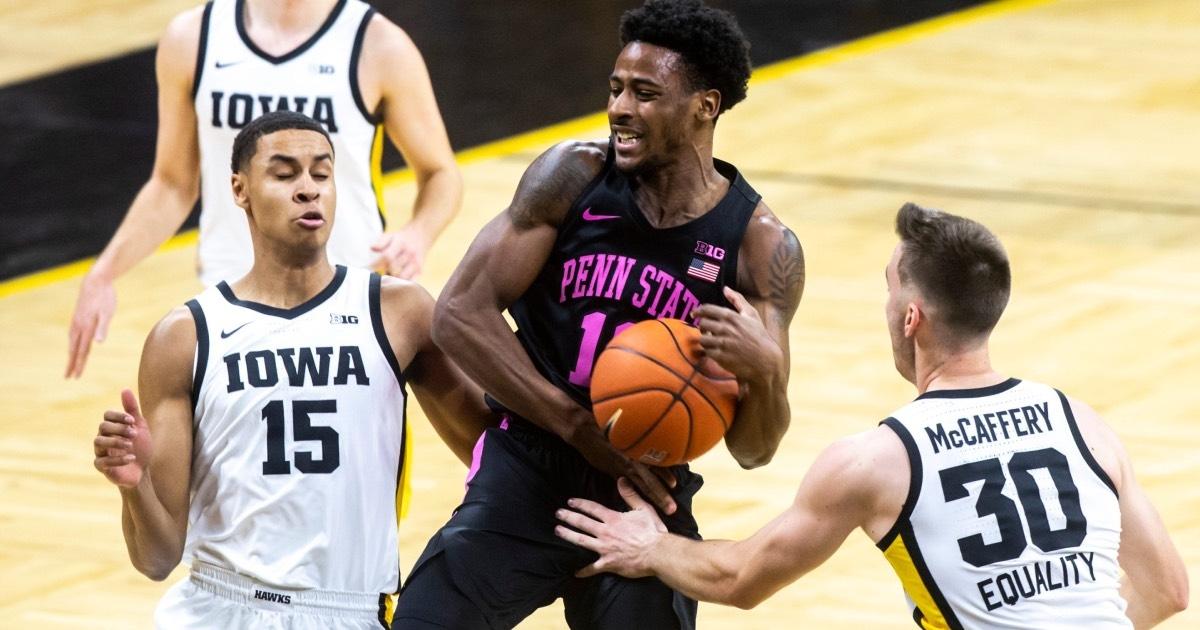 Izaiah Brockington announced that he will return to Penn State, where he averaged 12.6 points and 4.9 rebounds per game as a junior last season. He had a stretch of six games in a row in which he scored in double figures against Seton Hall, Virginia Tech, Michigan, Illinois, Indiana and Purdue.