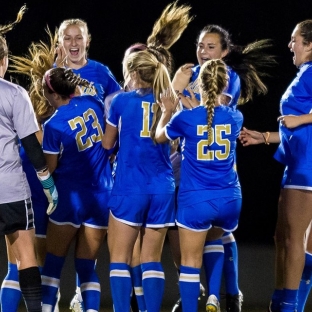 
The 2017 Division I Women’s Soccer Championship will kick off Sunday afternoon as a pair of Pac-12 teams – Stanford and UCLA – battle for the national title. The two schools won semifinal games in the College Cup on Friday night over South Carolina and Duke, respectively.

The Cardinal and Bruins met once in the regular season, when Stanford won 1-0 at UCLA on Oct. 26.

Stanford clinched a spot in the national championship after defeating South Carolina 2-0, then UCLA defeated Duke 0-0 (4-3 in penalty kicks) after the two sides played to a scoreless tie through regulation and two 10-minute overtime periods.