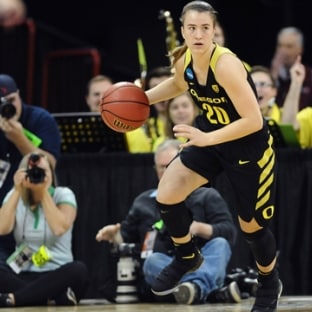 
Sabrina Ionescu admitted she was learning the rules to 3-on-3 on the fly.

She turned out to be a real star, leading her Oregon team to the USA Basketball 3-on-3 national championship Sunday.

The Ducks (8-0) cruised to a 21-5 win in the title game, beating a team comprised of former players from Temple, Liberty and Martin Methodist.

“It was fun, I had to ask the rules before the games started,” Ionescu said. “I was figuring out the rules as the games were going on. I had a lot of fun with it.”

Ionescu teamed with Erin Boley, Otiona Gildon and Ruthy Hebard to win the title. The four Ducks players have a chance to represent the U.S. at the FIBA 3-on-3 World Cup in June in Philippines. The four-member squad for that tournament will be announced at a later date.

“If they want me, I’m available,” Ionescu said. “I love playing the game and it would be great to get that opportunity.”

Playing with her Ducks teammates made a difference too.

“It’s easier to hold each other accountable,” Ionescu said of playing with her fellow Ducks. “The chemistry was good and was very helpful.”

Games were played under FIBA 3-on-3 rules, including a 10-minute clock and 12-second shot clock. The contests are played to 21 points or whichever team is ahead at the end of the 10 minutes. Baskets are worth either one or two points, if they are behind the 3-point line.

Pac-12 schools Arizona State, Colorado and Washington all had teams in the tournament as well. NCAA tournament MVP Arike Ogunbowale played with Asia Durr of Louisville, Kristine Anigwe of Cal and Napheesa Collier of UConn. They lost in the semifinals to team “Bye Felicia,” which fell to Oregon in the finals.

“It’s always fun being out in Colorado for 3-on-3,” Ogunbowale said. “It was great to play with the great players like the three I got to play with.”

Anigwe and Ogunbowale played together on the Under-18 World Cup team in 2015 that won a silver medal. Boley was also on that team.

“It does help that I played 3-on-3 before, for sure,” Boley said. “It definitely helps knowing how to space the court, how to play with each other, because 3-on-3 is much different than playing 5-on-5. It’s much faster pace. You have to really be on your toes on every possession, so it definitely helps to have that experience.”