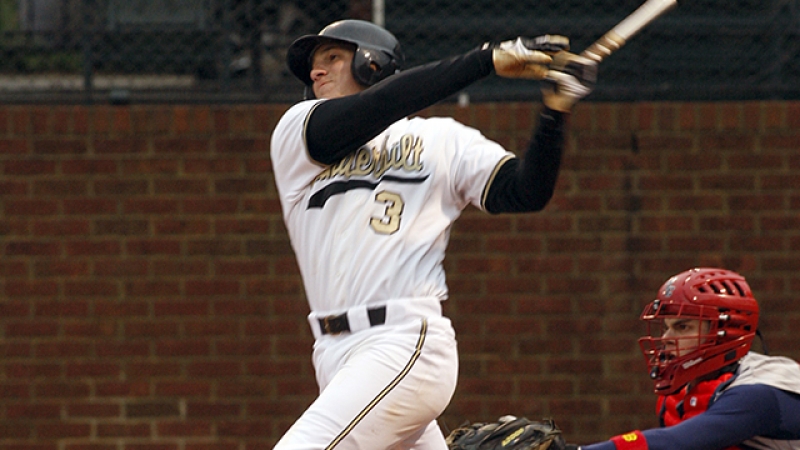 Let’s take a look at Vanderbilt’s all-time starting nine in this edition of the NCAA.com series of the best possible starting lineups for some of college baseball’s most successful programs.

Here is how we picked the team. We only considered the players’ college careers. Their achievements in professional baseball did not come into play. There was also consideration given to their positional fits and how well they fit into a batting order that could provide a combination of a high batting averages, speed, and power.

MORE: 9 questions to be answered in 2019 | 5 reasons to watch SEC baseball

Much of Vanderbilt’s success is recent. They’ve become a NCAA tournament staple with versatile players like Dansby Swanson, who was an All-American at both second and shortstop for the 2014 national champions. Picking the all-time nine was not easy so we dug deep to find the Commodores’ all-time greatest players.

There was plenty of talent up the middle to choose from, but here’s what gives Kemp the edge. He’s one of just three players in SEC history to earn Freshman of the Year (2011) and conference Player of the Year (2013) honors.

Kemp was an athlete. He played outfield and second base without sacrificing too much in the field and made the All-Defensive team in 2013. He could also hit and cause havoc on the base paths, hitting .391 in his big 2013 season while swiping 34 bags and scoring 64 runs. His versatility earned him a spot on the Houston Astros playoff roster where he posted a 1.045 OPS in his MLB postseason debut.

This is where that positional versatility comes into play. Ryan Flaherty and Joey Cora, two Vanderbilt All-Americans, were considered here, but Swanson was the 2015 National Player of the Year — one of just two Dores to earn the honor — at short, so that’s where he’ll play.

Diamondbacks select Vanderbilt’s Dansby Swanson with No. 1 pick in MLB Draft… and his teammates reaction is awesome! http://t.co/Yy15xFeMHI

Swanson earned Most Outstanding Player honors at the 2014 College World Series before his monster 2015 season in which he hit .335 with 15 home runs, scoring 76 runs and driving in 64 more. He was the centerpiece of a squad that went to back-to-back finals and has, without doubt, cemented his name in Vanderbilt lore.

Guess what? De la Osa could play multiple positions, playing both second base and the outfield over his career in Nashville. He was a 2007 All-American who stuffed the stat sheets and his name can still be found all over the record books. De la Osa is Vanderbilt’s all-time leader in hits (300), doubles (63), and RBI (188) and his 46 home runs are fourth-most. De la Osa did it all.

This was possibly the hardest choice to make. Hunter Bledsoe was the 1999 SEC Player of the Year and his .425 career batting average is still the best in program history. If we chose a DH, the spot is for Bledsoe, but third base belongs to Alvarez.

Alvarez is tied for the most home runs in program history with 49, and his 22-home run campaign in 2006 is second to none. He was the 2006 SEC Freshman of the Year and was a finalist for the Golden Spikes Award in 2007 when his teammate David Price won. You can still find the two-time All American in the record books and likely will for a long time. Madison was the first-ever Commodore to earn First-Team All-American honors in 1980. That should be plenty to get his name in this lineup right there. He hit .399 with 15 home runs during that All-American campaign and left the school with a program record 49 home runs, which is still tied with Alvarez for most all-time. He was a three-time All-SEC first team athlete, winning in the outfield and behind the plate. 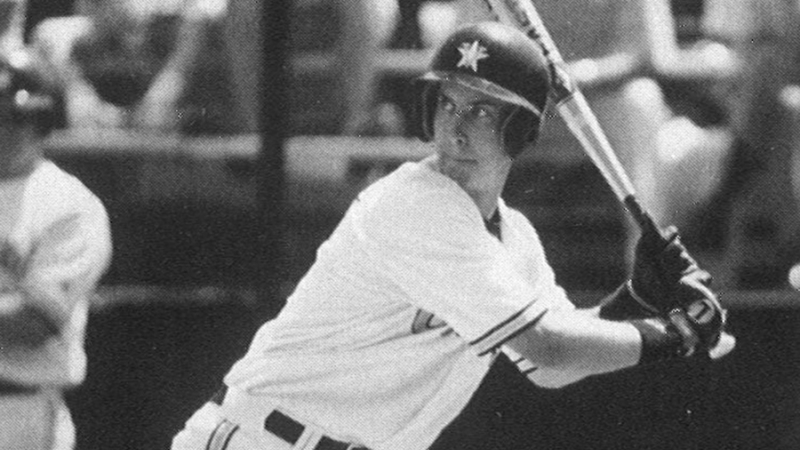 Thomas wasted little time making a name for himself in Nashville. The big-hitting first baseman earned freshman First-Team All-SEC honors in 1991 while also earning All-American honors. He hit .401 that season, one of just seven Dores in history to eclipse the .400 mark. Thomas finished his career posting three seasons with an OPS north of .900 and the tenth-best career batting average (.343) in Vanderbilt history.

Yet another tough pick. We wanted to go with a more recent outfielder. Jeren Kendall deserves recognition, especially with the added All-Defensive team accolades. Bryan Reynolds seemed to always get the bat on the ball, ninth all-time in Vanderbilt history with 260 hits. But remember, we’re going by historic numbers and Morrow’s name is all over the record books.

Morrow enjoyed a stellar four-year career, rebounding from a down 1993 junior year with one of the strongest senior seasons in program history. Morrow is still the all-time leader in runs scored (208) and second with 181 RBI to de la Osa. His 65 career stolen bases (ninth all-time) gives this lineup three big-time base stealing threats with Kemp and de la Osa just ahead of him in the record books. A strong case can be made for Kendall, Reynolds, and even Mike Yastrzemski, but it’s Morrow who gets the nod.

You need to carry Johnson on the roster, because of his ability to pitch in a pinch as well. A multi-positional, Vanderbilt baseball athlete. Imagine that.

Johnson was a freshman All-American for the Dores in 1996 as an outfielder and earned All-American honors two years later. Johnson’s name is all through the record book. He’s second all-time in batting average (.369), sixth all-time in doubles (54), and third all-time in home runs (47) and RBI (179). His nine saves on the bump in 1996 are still the sixth-highest mark in a season as well. There is no question that Johnson left his mark in Vanderbilt history.

Walker Buehler. Sonny Gray. Grayson Garvin. Tyler Beede. Kyle Wright. There are quite a few big-time college baseball pitchers to choose from in recent Vandy lore. David Price is the easy choice, with his 2007 Golden Spikes, Dick Howser, and National Pitcher of the Year award-winning campaign. Carson Fulmer would join the all-time weekend rotation with his 2015 season the exclamation point on a fine Dores’ career. But it’s Jeff Peeples that gets the nod.

World Series Champ returns home. Happy to have you back, @DAVIDprice24! #VandyBoys pic.twitter.com/cs8vNeA2Vs

Peeples was the first All-American in program history, earning Second-Team honors in 1972. The team’s Most Valuable Teammate award is named after him, an honor Price also won in his 2007 campaign. With all those big names that have pitched for Vanderbilt, Peeples finished his career the all-time wins (29) and ERA leader (1.68) in school history. He’s one of just two pitchers in SEC history to lead the conference in ERA in consecutive seasons. Peeples won a lot of games in an era when Vanderbilt didn’t and that’s what ultimately gets him the Friday night spot.

Finally. An easy choice. Corbin has transformed the Commodores into a perennial threat to reach the College World Series. His 681-342-1 record is the best for a Vandy coach in terms of wins and his .665 winning percentage is tops amongst Vandy coaches with 100 or more games. Vanderbilt has been to the NCAA tournament for 13 straight seasons with back-to-back appearances in the College World Series championship series in 2014 and 2015. Corbin, the winner of the 2014 NCAA national championship, has as safe a legacy as it gets in the SEC.