From heartbreak against UMBC in Charlotte to a road to redemption that ended with an overtime victory in Minneapolis, the 2019 University of Virginia Cavaliers men’s basketball team became eternal Friday night with John Paul Jones Arena filled to the brim.

Stars from last year’s team — including Kyle Guy, De’Andre Hunter and Ty Jerome — returned to Charlottesville to watch their 2019 national championship banner get lifted into the rafters. Fans of the ‘Hoos joined coach Tony Bennett and the players in JPJ for “The Night with the National Champions.”

The banner is raised! pic.twitter.com/qkoSOuQc1n

CAVALIERS WIN IT ALL: A painful gift, redemption for Virginia | One Shining Moment

The Cavaliers stormed through the 2019 NCAA tournament and beat the Texas Tech Red Raiders in Minneapolis in the final. Hunter, Guy and Jerome combined for 57 points, 18 rebounds and nine assists in the 85-77 overtime victory. All three of those players were drafted into the NBA last summer and played a key role in bringing Virginia its first-ever men’s basketball championship.

“I’ve been thinking about it a lot, because of how much people are talking about it on social media and through the grapevine,” Guy said of raising the banner prior to the event. “I’m super-amped to be able to hoist the banner and get our rings, and I’m glad that a lot of us can come back. I think it’s going to be a good last time to actually live in that moment, because after that it’s pretty much back to reality.”

From the UMBC game ticket.

To the National Championship game ticket.

Thank you, Coach Bennett, from the bottom of our hearts.#GoHoos pic.twitter.com/k1RQmOqiDc

What a crowd for our National Champions, @UVAMensHoops!#GoHoos | #Wahoowa 🔶🔷 pic.twitter.com/3WtC2RiaEq

SURVIVING PURDUE: Here’s how the Cavs stopped Carsen Edwards and the Boilermakers

Virginia will open its 2019-20 slate, and its title defense, on the road on Nov. 6 at Syracuse in an ACC clash. The ‘Hoos return home on Nov. 10, hosting James Madison. 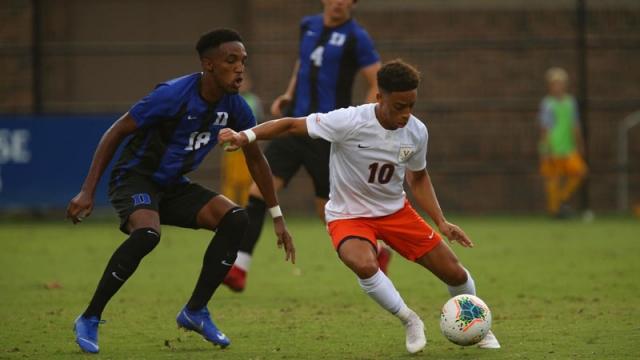 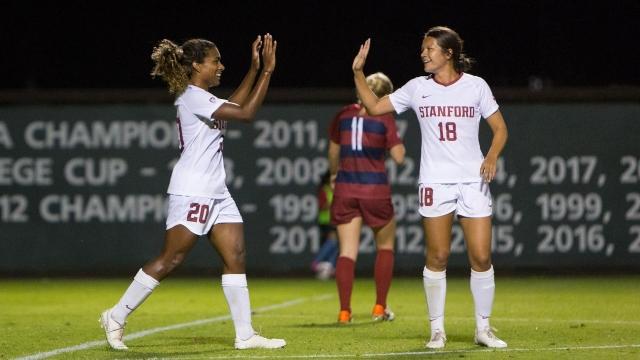 Utilizing its highest scoring output of the season, North Carolina staked its claim to the No. 1 ranking in the United Soccer Coaches poll for a second straight week. 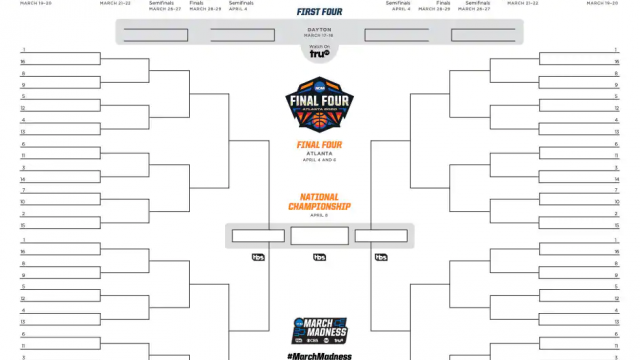 We take a deep dive into bracketology: What it is, what you need to know about the bracket itself, and updating predictions for the entire NCAA tournament field from NCAA.com basketball expert Andy Katz.