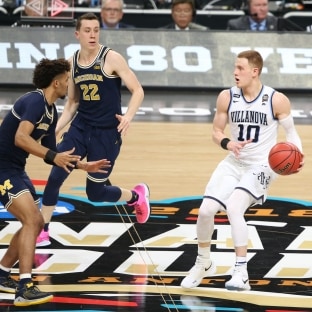 
ANN ARBOR –– Ready for a rematch?

Michigan and Villanova, which closed the 2017-18 college basketball season in the national championship, will meet again next season.

The Wolverines will visit Villanova on Nov. 14 as part of the fourth annual Gavitt Tipoff Games, a series of matchups pitting the Big Ten against the Big East.

On Tuesday afternoon, the conferences announced all eight matchups, which will take place over a four-day period in mid-November. The full schedule is below.

Villanova defeated Michigan 79-62 in San Antonio to win its second national title in the past three seasons. Thirteen Wolverines saw the court in the game and at least five won’t play in the rematch. Muhammad-Ali Abdur-Rahkman, Duncan Robinson, and Jaaron Simmons graduated, Moritz Wagner declared for the NBA, and Ibi Watson transferred. Charles Matthews entered the draft but could still opt to return to school.

Villanova didn’t play a single senior in the game but lost starters Jalen Brunson, the national player of the year, and Mikal Bridges to the NBA. Two other underclassmen — Omari Spellman and Final Four MOP Donte DiVincenzo — declared without signing agents, like Matthews.

“When you are able to have a rematch of the previous season’s national title game, I think that is good for the sport, despite how different the makeup of the two teams may be,” Michigan coach John Beilein said in a statement Tuesday.

BUT WAIT … there is more!

The Gavitt Tipoff Games schedule has been confirmed with getting a re-match with @NovaMBB in Philadelphia on Nov. 14

“Jay (Wright)’s program continues to be one of the premiere teams in the country and to face the defending national champions will not only make for a great college basketball environment, but a good opportunity to compete at the highest level right out of the gate.”

Michigan also confirmed Tuesday it would appear in the Hall of Fame Tip-Off Tournament at a Connecticut casino, where it will face George Washington — and then either Providence or South Carolina — the weekend before Thanksgiving.

Additionally, Michigan already knows its Big Ten opponents for next season and the school confirmed it will host a Big Ten-ACC Challenge game, likely the week after Thanksgiving. The rest of the schedule is still being finalized.

This will be Michigan’s first Gavitt Games appearance since the inaugural event, when the Wolverines lost to Xavier in 2015.

at these #B1G matchups. pic.twitter.com/dCVQo6XMr9

Note: After next season, Michigan State will be the only school from either conference that has not participated in the Gavitt Games, a result of its inclusion in the Champions Classic, typically played around the same time.