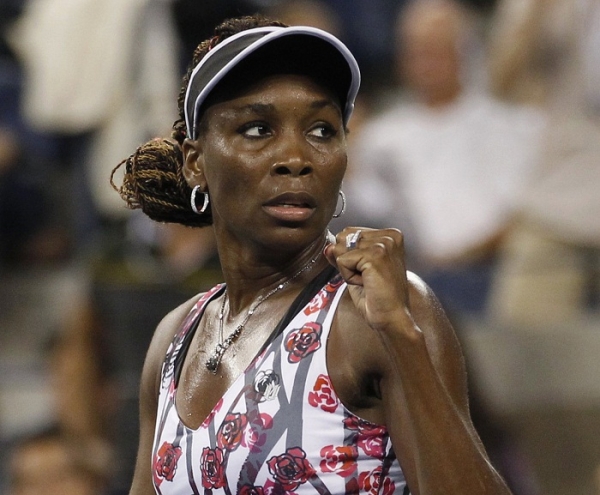 Venus Williams Illness Update: Former No. 1 Tennis Player Vows Her Career Is Not Slowing Down Despite Debilitating Disease


Venus Williams Illness Update: Former No. 1 Tennis Player Vows Her Career Is Not Slowing Down Despite Debilitating Disease

Venus Williams of the U.S. reacts to winning the second set against Angelique Kerber of Germany during their match at the US Open women’s singles tennis tournament in New York, August 30. Williams lost in three sets. (Photo : Reuters)

Despite her recent results on the court, Venus Williams has no plans of winding down her career. Her recent comments off the court are proof of that.

The New York Times reported that the 33-year-old Williams is working on her game to get back to the top of the women’s rankings. She has scheduled tournaments in Asia and Europe after next week’s U.S. Open.

She is playing practice matches, something the Times reported that is not part of her normal routine.

A former No. 1 player before her sister Serena became the dominant player in the game, Venus has lost five of her last six matches and now is ranked 60th in the world. She is battling Sjogren’s syndrome – a condition in which the body’s immune system attacks its own healthy tissues.

Williams explained on “Good Morning America” in 2011, when she was diagnosed with the disease, that she suffered debilitating joint pain, swelling, numbness and fatigue. She said her stamina faltered.

Last week, Venus returned to “Good Morning America” last week and showed the fight she had left, despite her condition.

Host Lara Spencer told Williams, “There has been talk of you maybe slowing down.”

“No, actually there hasn’t been talk,” Williams fired back. “I don’t know where you got that from.”

According to the Times, Spencer became flustered and committed a reporter sin – saying she had been told to ask the question.

Williams showed no mercy: “I remember I said don’t ask me that because I’m not.”

Otherwise, Williams has tried to remain upbeat, the Times reported.

“I have a great life. I’ve had an opportunity to live all my dreams. I still have that chance. The only thing I can do is continue to work hard and enjoy being out here, so that’s what I try to do.”

While she hears detractors, she does have support in her court.

Venus has a tremendous amount of pride and she knows what a great champion she is,” said Carlos Fleming, vice president for talent marketing and tennis with IMG. “I suspect there are more great matches ahead of her.”