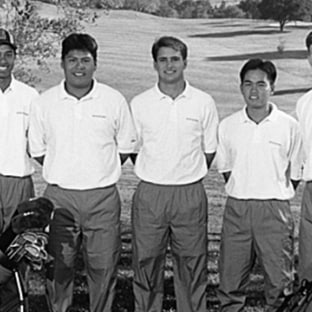 
When he was shorter than a 3-wood, two-year-old Tiger Woods went on The Mike Douglas Show with Bob Hope and showed off his golf skills to the world on late night TV. Between his debut on national TV and his illustrious professional career that includes 14 major championships and 79 career PGA Tour wins, Tiger spent two years at Stanford, where he quickly established himself as the best college golfer in the country at the time.

Here is a look at Tiger’s brief but impressive college career at Stanford.

Tiger won the 1996 NCAA Championship at the Honors Course in Ooltewah, Tennessee, at 3-under, defeating Arizona’s Rory Sabbatini by four strokes as Tiger was the only player to finish under par. He could’ve won by an even larger margin as he shot a 3-under 69, a course-record, 5-under 67 and 3-under 69 in the first three rounds, before carding an 8-over 80 in the final round.

Tiger was Stanford’s first individual NCAA champion since Frank Tatum in 1942. The Cardinal placed fourth as a team.

National Player of the Year

The player who Tiger has been compared to most in his career is Jack Nicklaus, who had a national player of the year award named in his honor that is given annually to the top players at the Division I, II, III, NAIA and NJCAA levels. Tiger won the award in 1996, when he won the individual NCAA championship.

Phil Mickelson, David Duval, Justin Leonard and Stewart Cink won the award in the ’90s prior to Tiger.

Tiger was one of the best players in the country and he was twice honored as the Pac-10 Player of the Year. He was the individual Pac-10 champion in 1996 and he was named First Team All-Pac-10 in both of his college seasons.

Tiger Woods won roughly 42 percent of the tournaments he competed in while attending Stanford, winning 11 of the 26 he entered. As a senior, Tiger won eight of the 13 tournaments in which he competed, he set a program-record round of 61 at the Pac-10 Championships and he finished at par or better in 27 of his 41 rounds.

Tiger holds the single-season wins record at Stanford and he won at least two more tournaments in ’96 than any other Stanford golfer has won in a season. Despite playing in just 26 tournaments in his career, he’s tied for first in career wins.

In 76 rounds of golf at Stanford, Tiger had a stroke average of 70.96, which is the third-best in program history. Maverick McNealy holds the school record of 70.12.

Alumni of the Stanford men’s golf program have won a combined 29 championships at the four major championships, U.S. Amateur and British Amateur. Tiger is responsible for 17 of those victories.