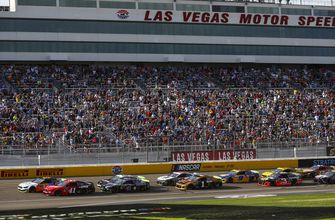 Truex was able to pass leader Joey Logano when Logano was held up in traffic near the end of the 80-lap stage.

The second stage was difficult for playoff contenders Clint Bowyer and Erik Jones. Bowyer struggled from the pole, was lapped by Logano and ended the stage in 20th.

Jones went to the garage with a mechanical issue and was 16 laps off the pace when he returned to the track. He finished the second stage in last place.

Kyle Busch also struggled to make up much ground and ended the stage in 28th.