Texas Tech (6-3) knocked off the No. 1 team in the country with a 70-57 victory over Louisville (9-1) to open the Jimmy V Classic at Madison Square Garden on Tuesday night.

Before Tuesday night’s upset, Texas Tech was 0-5 against No. 1 teams in program history, losing by an average margin of 19.0 points per game. After Louisville’s loss, only five undefeated teams remain this season.

Louisville trailed for the final 28:12 of regulation, but kept within striking distance late into the second half. The Cardinals came within four at the 8:43 mark via an 8-1 run until TTU’s Chris Clarke’s 3 fizzled their drive and expanded the lead to 51-44.

Louisville struggled with turnovers. The Cardinals turned the ball over 19 times to the Red Raiders’ 14.

Louisville also struggled from behind the arc, finishing  3-of-17  to Texas Tech’s 7-of-27. Davide Moretti led Texas Tech with 18 points, followed by Terrence Shannon Jr.’s 13 points and Avery Benson’s 10 off the bench.

TJ Holyfield punctuated the victory with a 3-pointer to close out Texas Tech’s upset.

Louisville is already the fourth No. 1 team to fall in the season’s first six weeks.

Led by Lamar Stevens and Mike Watkins, who each recorded double-doubles, five Nittany Lions scored double-digits in the win.

Maryland trailed Penn State 40-30 at halftime before battling back to a two-point deficit with 11:01 remaining. That would be the closest the Terps would come to a comeback as PSU closed out the upset. 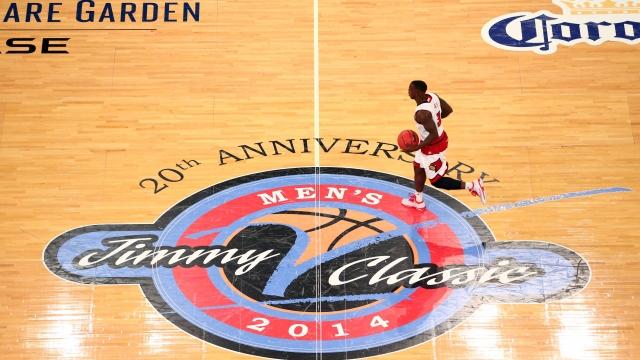 College basketball: What is the Jimmy V Classic?

Here’s what you need to know about the Jimmy V Classic, which is inspired by former North Carolina State basketball coach and ESPN commentator Jim Valvano and his fight against cancer 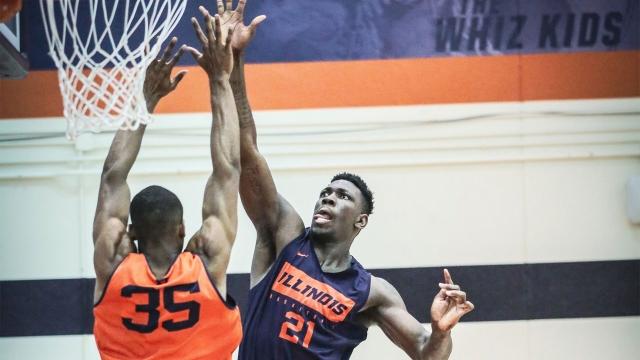 7 college basketball freshmen who we aren’t talking about enough

Every college basketball season there is a crop of freshmen who dominate headlines throughout the year, but what about some of the freshmen who don’t get all the attention? Here are seven freshmen to keep an eye on this season. 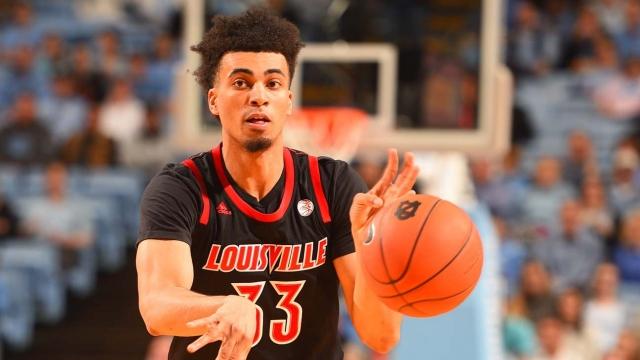 The Naismith Memorial Basketball Hall of Fame announced the 20 preseason candidates for the 2020 Julius Erving Small Forward of the Year Award.