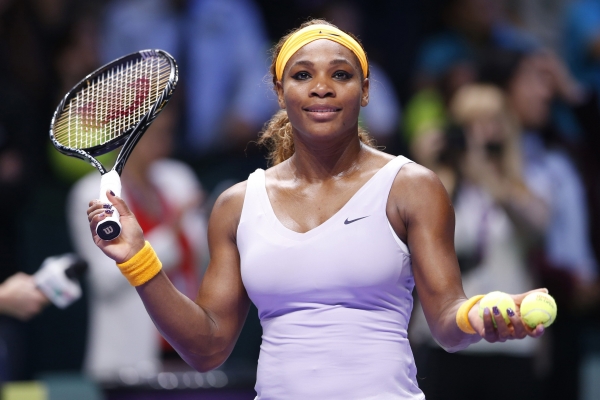 If it’s not Serena Williams’ back, then it’s her sister.

If it’s not her sister, is it her coach?

After enjoying as dominant a season as any tennis player could ever enjoy in 2013, the world’s No. 1 female tennis player is off to a comparatively rough start in 2014.

The Daily Telegraph is reporting that Williams’ relationship with her coach and presumed boyfriend Patrick Mouratoglu may be strained, which has led questionable losses in her last two events.

According to the Daily Telegraph, Williams posted a curious message on Twitter last week that added to rumors already swirling about problems involving Williams and Mouratoglu.

“Me. Mine. Alone. Myself. I. One. Solo. Unaccompanied, Williams tweeted.

The Telegraph added that Williams and Mouratoglu went their separate ways after Williams’ semifinals loss to Alize Cornet in the Dubai Duty Free Tennis Championship.

Williams started the year with a win at the Brisbane International tournament, beating Maria Sharapova in the semifinals and Victoria Azarenka in the finals.

She entered the Australian Open as the defending champion but lost in the fourth round to Ana Ivanovic. Afterward, Williams cited a back injury that she said nearly forced her to retire from the match.

She skipped the next event in Doha because of the injury but returned to play in Dubai and cruised through to the semifinals, where she played the 26th-ranked Cornet with a possible finals match against her sister, Venus, looming.

Serena lost to Cornet, the lowest ranked player to defeat Williams since the 2012 French Open, and some have speculated that Williams did not wish to face her sister in the finals.

According to the Telegraph, Williams paired up with Mouratoglu about 18 months ago and experienced a tennis boon. Her fitness improved, and Williams won four of the next six Grand Slam events.

The Telegraph added that Williams did not attend Mouratoglu’s annual preseason training camp in Mauritius. Williams tweet has added to the speculation of an impending breakup, which could be the overriding factor in Williams’ early exits the last two weeks.