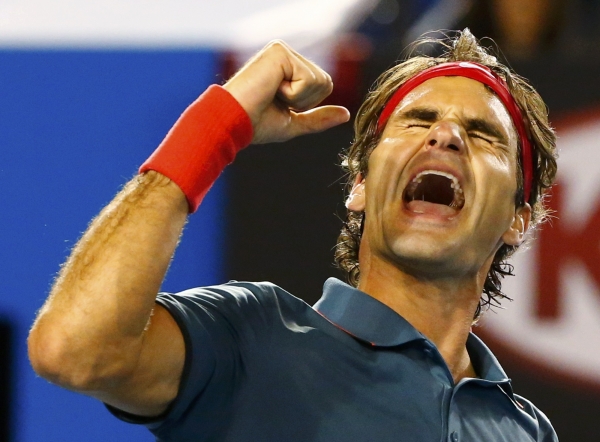 Roger Federer apparently is drinking out of the same fountain of youth cup that Venus Williams found at Dubai.

Federer on Friday defeated second-ranked and defending champion Novak Djokovic 3-6, 6-3, 6-2 in the semifinals of the Dubai Championships. Federer, the No. 8 seed, will take on No. 6 Tomas Berdych in the final tonight.

The Swiss star is seeking his first hard-court championship since winning the Western & Southern Open in 2012.

According to tennis.si.com, Federer beat Djokovic for the first time ever after losing the first set. Federer improved his lifetime record against Djokovic to 17-15 and 13-12 on hard courts.

The win over the Serb was Federer’s third win over a top-10 player so far this season. He beat Andy Murray and Jo-Wilfred Tsonga during his run to the Australian Open semifinals before losing to nemesis Rafael Nadal.

Tennis.si.com reported that Federer beat four top-10 players in all of 2013, including two wins at the ATP World Tour finals.

Federer’s run to the Dubai final comes one week after 33-year-old Venus Williams captured her first tournament since 2012 when she beat Alize Cornet 6-3, 6-0. Williams was diagnosed with Sjogren’s syndrome, a disease that causes joint pain, swelling, numbness and fatigue, in 2011.

Federer will turn 33 in October. He said prior to the start of 2014 that he was in better shape than he had been in all of 2013 and felt healthier and more confident.

That confidence showed in the Australian Open and has reappeared so far in the Dubai Championships. Federer has an 11-6 lead over Berdych head-to-head matches. A victory tonight would give Federer 78 career titles.