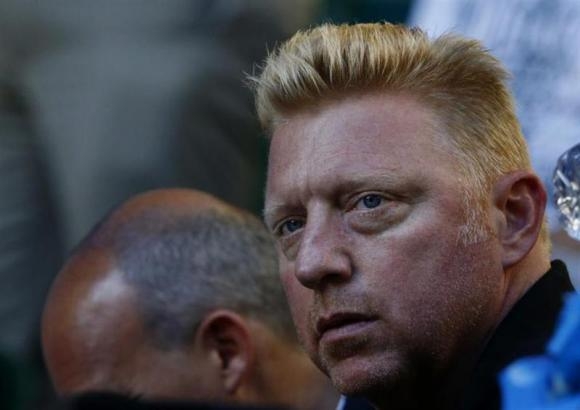 Novak Djokovic’s alliance with new coach Boris Becker has yet to pay immediate dividends. Becker’s former coach may know why.

According to tennisworldusa.org, Ion Tiriac told the German newspaper Bil am Sonntag, “I don’t know if Boris is a good coach. I don’t even know if he is a coach, or maybe only someone trying to be a coach.”

Tiriac coached and managed Becker from 1984-93, in which Becker won eight of his 10 Grand Slam championships that started in 1985 when Becker took Wimbledon at age 17.

Tiriac and the rest of the tennis world has watched as Djokovic, the No. 2 player in the world, has had OK but not great results so far in 2014.

Djokovic lost to eventual champion Stanislas Wawrinka in five sets in the quarterfinals of the Australian Open. He followed that with a semifinals loss to Roger Federer at the Dubai Championships.

Tiriac wondered aloud about Becker’s approach in working with Djokovic.

“If Becker’s job is to improve Djokovic’s technique and shot making, then he is the wrong man to undertake such job,” he told Bil am Sonntag. “There is nothing you can teach more in that area to someone who is a champion and a top world player like Novak. A coach should be someone who knows players more than they know themselves, who guides them and their thoughts, who gives the right amount of help, enough to make him indispensable. Look at what Lendl has been doing with Andy Murray. That’s serious work. Ivan has managed to work on Andy’s psychological side extremely well”.

Djokovic reiterated last week in Dubai that he sought out Becker because of his big-match experience.

“We’re not significantly changing anything,” said Djokovic, according to tennis.com. “The biggest thing he can contribute is the mental approach. That’s one of the reasons Boris is here, because of the big matches and the Grand Slams. I felt I dropped two or three titles in the last two years I could have won.”

Tennisworldusa.org reported that Tiriac’s comments are not born out of any grudge against his former pupil. Tiriac said he still sees Becker occasionally and considers Becker a good friend.