LOUISVILLE, Ky. — Kentucky’s Abbey Cheek has been named the 2019 Schutt Sports/NFCA Division I National Player of the Year, announced the Association on Thursday morning.

This marks the first year of two awards, as the Schutt Sports/NFCA Pitcher of the Year will be announced in the afternoon.

Cheek, a senior third baseman, ranked second nationally with 64 walks and was third with a .602 on-base percentage and .908 slugging percentage. As the Wildcats’ first-ever Southeastern Conference (SEC) Player of the Year, Cheek hit .428 with 13 doubles, 20 long balls, 53 RBI, 54 runs scored and posted an OPS of 1.536.

The USA Softball Collegiate Player of the Year top-10 finalist broke Kentucky’s career record for home runs and ended up beating the record by 13. She pummeled the career RBI record, surpassing it by 40, and also scored the most runs in program history with 163 in her career, 11 more than the previous record.

The award was voted on by the members of the NFCA’s NCAA Division I All-American Committee.

Schutt Sports / NFCA Division I Player of the Year 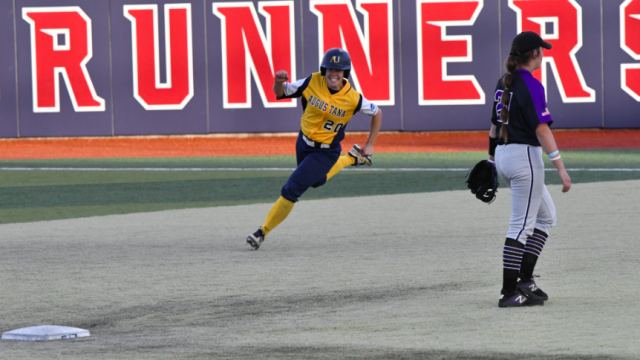 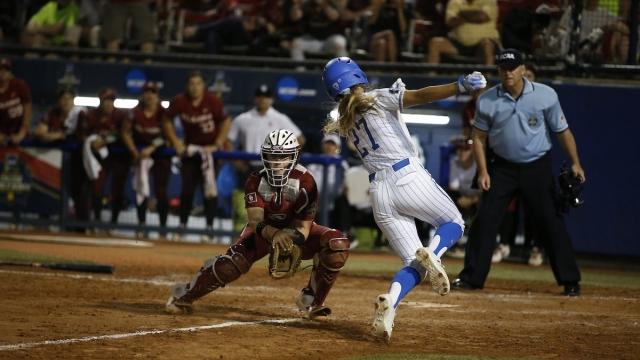 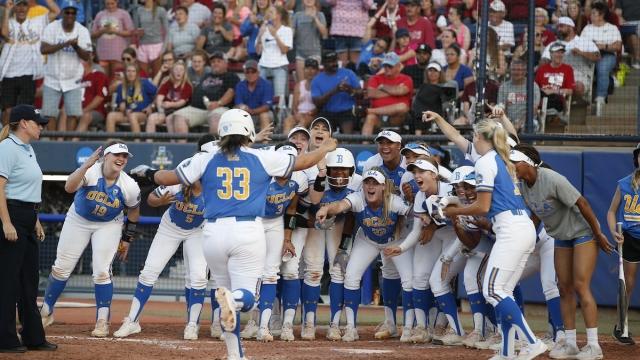 UCLA and Oklahoma face off in Game 2 of the Women’s College World Series Tuesday night at 8:30 p.m. ET.