The 2019 NCAA Division I women’s soccer championship bracket will be announced at 4:30 p.m. ET on Monday, Nov. 11. The bracket will be revealed in a selection show available to watch right here on NCAA.com.

The NCAA tournament field is made up of 64 teams, with 31 of those teams being automatic qualifiers. Automatic qualifiers obtain their bid by winning their respective conference. Three AQs are granted to the regular season champions of the Ivy League, Pac-12 and West Coast Conference since these three conferences don’t have tournaments.

The other 33 teams who did not win their conference are chosen on an at-large basis by the NCAA Division I Women’s Soccer Committee.

Below are the conferences who receive automatic bids into the NCAA tournament. Each conference title is linked with a bracket or championship hub for that respective conference.

(Note: Most early-round matches will take place at the campus of the higher-seeded team. The sites listed in the table below indicate the sites of the final rounds of play.)

The 2019 DI women’s soccer tournament kicks-off with its first round of play on Friday, Nov. 15, as 32 two-team matches will be played between the 15th and the 17th. The matches will be held at campus sites that aren’t predetermined. Winners will advance to the second round.

Second and third round action takes place on Friday Nov. 22, through Sunday, Nov. 24 and is located at eight non-predetermined campus locations. At each site, four teams will compete in a single-elimination second round. Each winning team will advance to the third round, where they will again play a single-elimination match. Winners of third-round games will advance to the national quarterfinals.

The quarterfinals will begin Friday, Nov. 29 and run through the 30th. They will be held at four non-predetermined school sites and winners will advance to the 2019 Division I women’s soccer College Cup.

The College Cup will be held at Avaya Stadium in San Jose, California on Friday, Dec. 6 and Sunday, Dec. 8. It will consist of the four quarterfinal winners.

Last year, Florida State took home the cup as they knocked off powerhouse North Carolina 1-0 in Cary, North Carolina. DI women’s soccer has produced four different champions over the past four years as parity continues to be a theme of a sport that was so long dominated by the Tar Heels. Below is the complete Division I women’s soccer championship history since 1982. 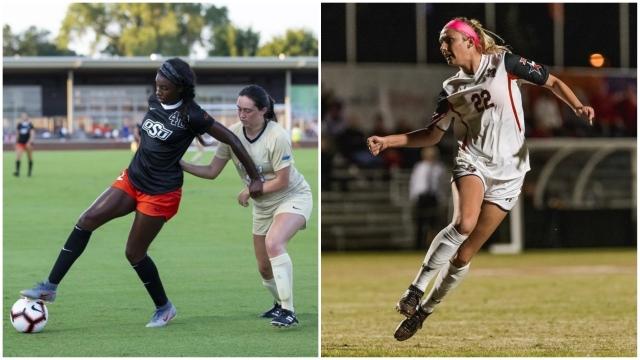 It’s officially the last week of the women’s college soccer regular season as conference tournaments and conference play wrap up. Check out what to keep an eye on this week as teams play their last matches before the NCAA tournament begins.

This is the last week in the women’s college soccer regular-season for most teams, as conference tournament seeding shall be determined at the end of this weekend. 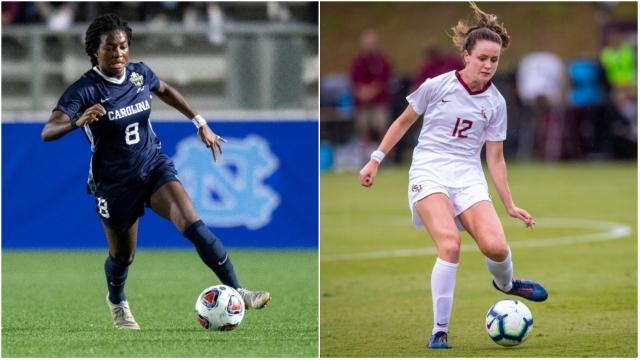 There are several ranked vs. ranked matches this week, but nothing beats a top-5 national championship rematch. No. 3 North Carolina plays No. 5 Florida this Thursday at 7 p.m. ET.